Tim Cone, Fasig-Tipton Legal Counsel and Past President, Dies at 75 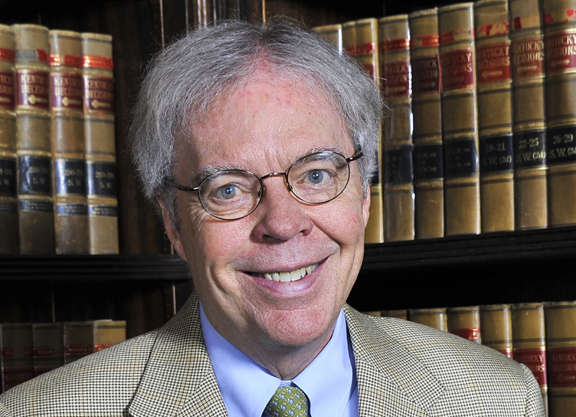 Carl Timothy “Tim” Cone, the longtime legal counsel and a former president of Fasig-Tipton Co. from 1988 to 1991, died Feb. 8 at his home in Lexington. He was 75 and had been diagnosed with cancer two years ago.

“He was a one of those rare people who was blessed with extreme intelligence and also an extreme amount of common sense,” Fasig-Tipton president and chief executive Boyd Browning Jr. told TDN via phone on Monday. “That's a little bit of an unusual combination. He was a person who was a facilitator in getting people together. He favored resolution rather than contention, and was a very, very wise man.

“Tim was an impeccably fair and honest person who just tried to do the right things and live the right way,” Browning continued. “That's a very simple way of putting it, but I think that would summarize both his professional and personal approach.”

Terence Collier, Fasig-Tipton's director of marketing, said he worked closely with Cone over the course of several decades, most notably in sales dispute resolution. That sector of the bloodstock business requires a deft personal touch in addition to well-honed legal skills, and Collier said Cone was one of the best in the industry in that respect.

“His most endearing quality to me was his total integrity,” Collier told TDN. “There was never any fudging room in any decision that Tim took as the president of Fasig-Tipton and as a lawyer. It was always what was legally correct and what was morally right. Those were the things that ran his life.

“I think probably the thing that people misunderstood about Tim was that he was of a serious demeanor, and one might confuse that by saying he had no sense of humor and that he was somewhat dry,” Collier explained. “That was far from the case. He had a very, very unique sense of humor and he used it frequently, and that would have been a surprise to most people who knew him.”

According to an obituary first published on Sunday in the Lexington Herald-Leader, Cone was born in Baton Rouge, Louisiana, in 1944. His family moved to Lexington when his father, a history professor, accepted a job at the University of Kentucky in 1947.

Cone later graduated from the University of Kentucky and the University of Kentucky College of Law, beginning practice in 1968. As an attorney and later as a managing partner, he practiced law with several local firms before beginning his work with Fasig-Tipton. Cone also served as Commissioner of Law for the Urban County Government, and at the time of his death, he was chairman of Dupree Mutual Funds and a director of Lexington Industrial Foundation.

Cone was active in the Lexington community and served on the boards of Saint Joseph Hospital Foundation, Lexington Urban League, Lex Tran, Fayette Tourism Commission, and Legal Aid Corporation. He was a three-time president of the Northside Neighborhood Association and was a trustee and treasurer of Sayre School.

Beyond the community and his immersion in the Thoroughbred world, Cone was an enthusiastic history buff and a passionate fan of the University of Kentucky Wildcats sports teams.

Private graveside services will be held Feb. 13 at Calvary Cemetery.

Cone, according to the Herald-Leader obituary, “thought flowers were a waste of money…so please abide by his wishes and instead make a contribution in his memory to St. Paul's Church, 501 West Short Street, Lexington, Kentucky 40507.”

See www.milwardfuneral.com to share remembrances of Cone in an online guest book.