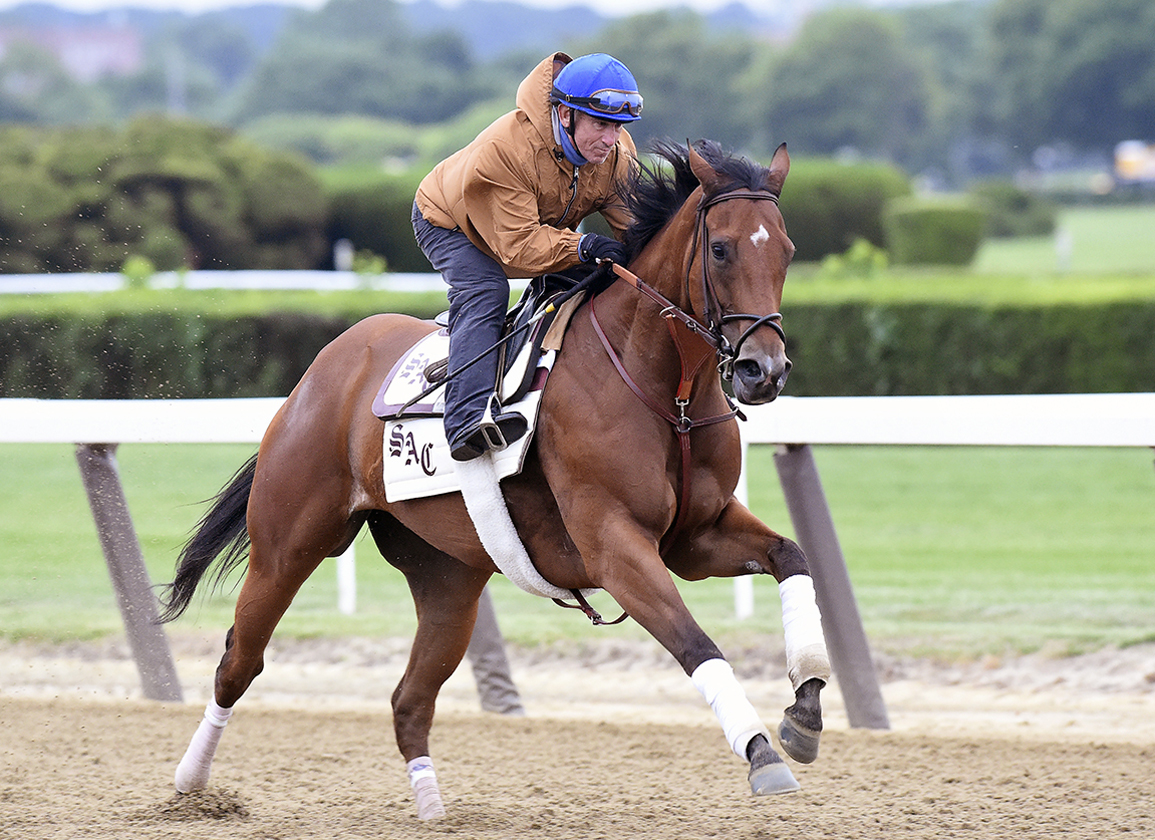 Don Alberto Stable's ALMANZO (Tapit) kicks off his career for trainer Brad Cox on Churchill's opening card of the fall meet. Having registered his latest works at Ellis, including a recent four-furlong move in :49 4/5 Sept. 11, the homebred is out of GSP American Story, a $400,000 Fasig-Tipton juvenile purchase. Campaigned by Kaleem Shah and Bob Baffert, the daughter of Ghostzapper is also responsible for SW and MGSP Americanize (Concord Point) and MGISW American Gal (Concord Point), both of whom were also campaigned by Shah and trained by Simon Callaghan. On the board in all nine career starts, American Gal recorded her biggest wins in the GI Test S., GI Humana Distaff S. and GIII Victory Ride S. She also finished runner up in the GI Starlet S. and third in the GI Breeders' Cup Juvenile Fillies. Late Night Stables' Celestial Finish (Gormley) gets another chance after showing the way but tiring late to be third as the even-money choice in his career debut going 5 1/2 panels at Indiana Grand Aug. 17. Trained by Tom Amoss, the colt realized $270,000 at KEESEP last year, the highest price for an offspring by the young Spendthrift sire in 2020. TJCIS PPs