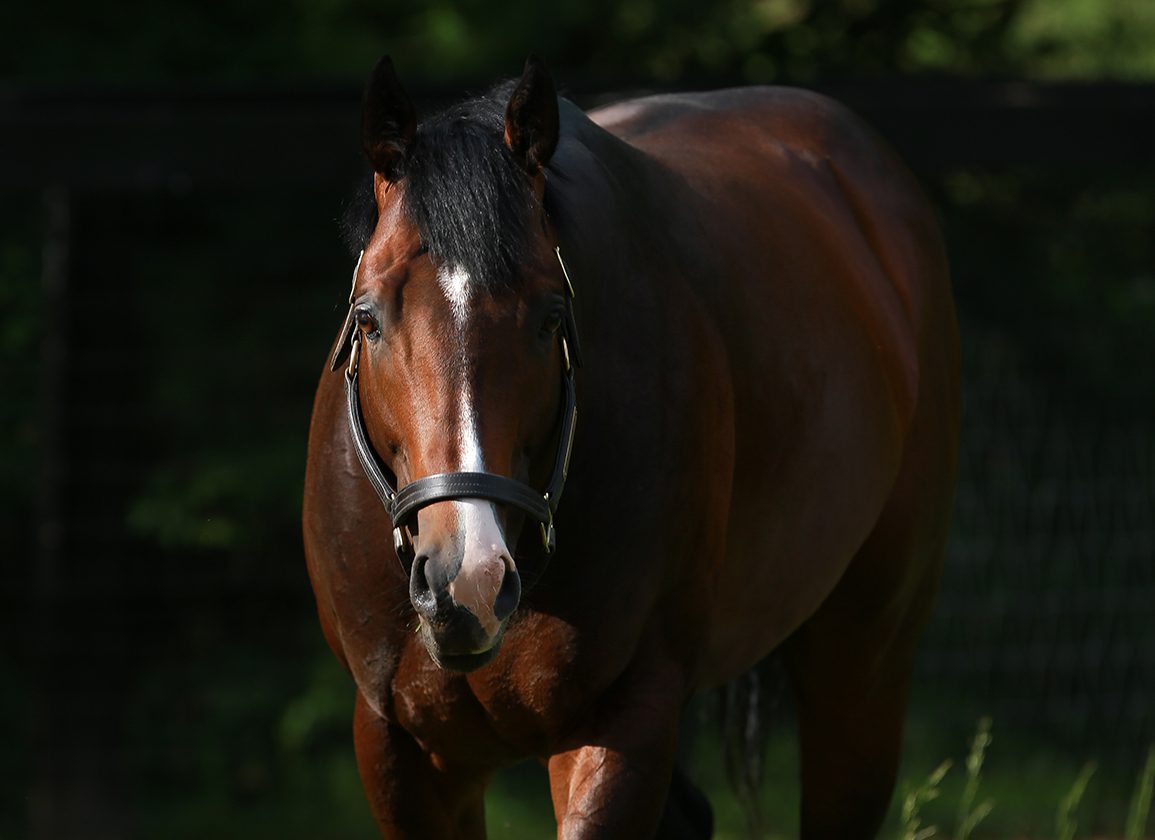 Ed & Susie Orr picked up Impressor (Classic Empire), bred by Chester & Mary Broman, for $335,000 out of April's OBS Sale following a breeze in :10 flat. Out of the GISP mare Misty Rosette (Stormin Fever), Impressor is a half-brother to six winners including Mr. Beer Goggles (Unbridled's Song) who earned nearly $300K. Misty Rosette is a full-sister to GSW Storm Wolf and a half-sister to none other than Littleprincessemma (Yankee Gentleman), who produced Triple Crown hero American Pharoah (Pioneerof the Nile) as well as GISW Chasing Yesterday (Tapit) and GISP American Cleopatra (Pioneerof the Nile).

Breaking one post further out is Mama's Gold (Bolt d'Oro), who is a half-brother to a pair of stakes horses in MSW Rotknee (Runhappy) and MSP Lookin for Trouble (Into Mischief). The former was a sharp second-out winner here a year ago and has since taken three state-bred stakes, most recently annexing the Ontario County S. at Finger Lakes June 29 by double digits. The dam is a half-sister to GSP A Freud of Mama (Freud) and this is also the family of GISW Haynesfield (Speightstown). Mama's Gold recently posted a bullet from the gate over Belmont's training track, going three furlongs in :35 2/5 (1/4) Aug. 8.

Danny Gargan's Ramblin' Wreck (Redesdale) is a $140,000 SARAUG yearling and half-brother to co-owner Reeves Thoroughbred Racing's Dakota Gold (Freud), who debuted a sharp winner on the dirt here last year before annexing the lucrative Nownownow S. on the turf at Monmouth. He is out of a half-sister to GI Breeders' Cup Dirt Mile winner Dakota Phone (Zavata). TJCIS PPs

From the first crop of Cloud Computing, Storming Machine  debuts Thursday for trainer John Sadler. West Point Thoroughbredsand & Talla Racing purchased the bay colt for $560,000 out of the OBS March sale following a monster breeze completed in :9.4. He was previously a $50,000 FTKJUL yearling.

Further to the outside for Jerry Hollendorfer is Colonel Vargo (Distorted Humor), the first foal out of GI Breeders' Cup Filly and Mare Sprint runner-up Ami's Mesa (Sky Mesa). His dam is a half-sister to GSW Ami's Holiday (Harlan's Holiday) from the family of champion 3-year-old colt in Canada Amis Gizmo (Giant Gizmo) and GSW Ami's Flatter (Flatter). Colonel Vargo was purchased by Dennis January for the relatively modest sum of $100,000 at Keeneland September.

Rexford (Tapiture) sold for $160,000 at OBS April after working in :10.1. He is a half-brother to GSP Proverb (Flatter) and his multiple stakes-winning dam is a half-sister to GISP Concave (Colonel John).