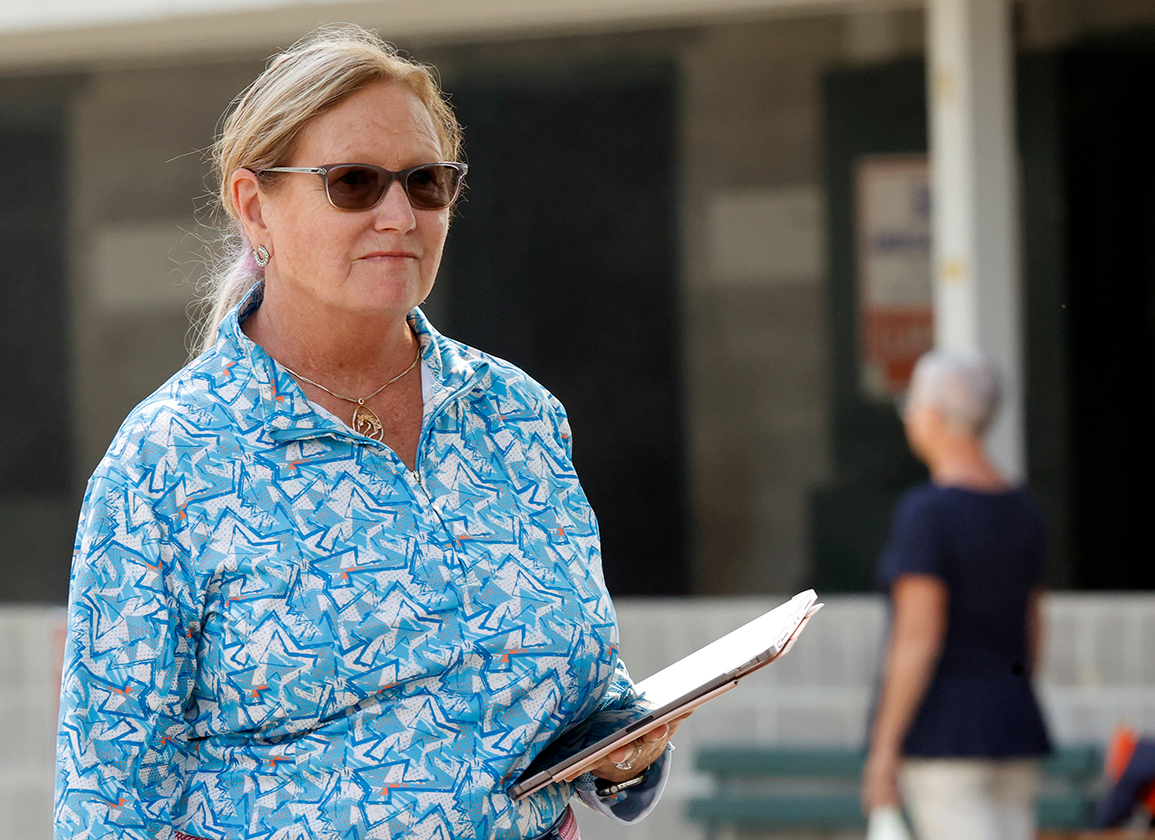 A pair of fillies represent Mandy Pope's Whisper Hill Farm at Oaklawn Park Thursday, including DANCE IT (Tapit), a 3-year-old purchased for $500,000 from the 2020 Keeneland September Yearling Sale. Out of the unraced Forestry mare Redwood Dancer, herself from the extended family of champion 2-year-old Flanders (Seeking the Gold) and MGIW Air Force Blue (War Front), Dance It is a half-sister to GIP and SW The Virginian (Aus), along with three other winners from as many to race. She makes her career debut here going two-turns after a consistent work log at the Fair Grounds, including a five-furlong drill from the gate in :59 3/5 Mar. 9. Dance It gets Lasix for her first start, and jockey Joel Rosario picks up the ride for trainer Steve Asmussen.

Making her third career start for Whisper Hill is GOLDENA (Medaglia d'Oro), who brought $300,000 at the 2019 Keeneland September Yearling Sale. While she has an age and experience advantage over her stablemate, the 4-year-old will need to move forward from her first two starts, a disappointing 10th going six-furlongs Jan. 7 and a distant seventh Feb. 13 at 1 1/16 mile, both at Oaklawn. Her works have notably picked up in intensity since her most recent start, including a five-furlong work in 1:00, the fastest of 12 at the distance Mar. 21. Goldena also worked four-furlongs in :48 1/5 Feb. 28 to post the quickest time of 63. She adds blinkers Thursday for trainer Jerry Hollendorfer. TJCIS PPs