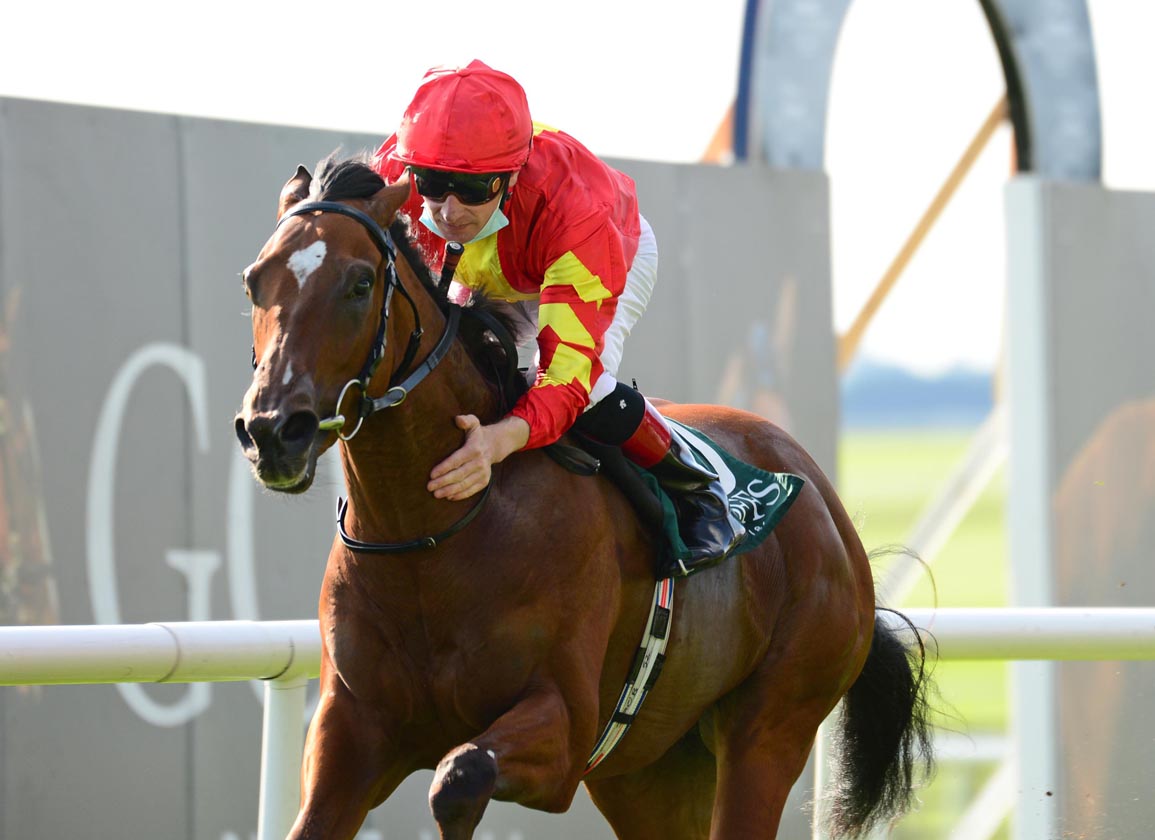 Sunday at Deauville means the recently re-shaped G1 Haras d'Etreham Prix Jean Prat, which as well as being one of the final top-level encounters restricted to the 3-year-old class also represents a unique milestone as the only one of its kind for that age group over seven furlongs. Understandably, the line-up is competitive as a result while lacking a standout performer and has drawn a strong contingent from Ireland and Britain headed by last year's G1 Goffs Vincent O'Brien National S. hero Thunder Moon (Ire) (Zoffany {Ire}). Failing to fire in two starts over a mile this term when last of 14 in the G1 2000 Guineas at Newmarket May 1 and seventh in the G1 St James's Palace S. at Royal Ascot June 15, Chantal Regalado-Gonzalez's TDN Rising Star may be best suited by a return to this distance having looked to possess sprinter's acceleration at two.

Second behind Thunder Moon in the National and ahead of him when also in that position in the G1 Dewhurst S. at Newmarket in October, Ballydoyle's Wembley (Ire) (Galileo {Ire}) has also ran well below par in three starts at a mile this season and was only ninth in the St James's Palace. The stable's Battleground (War Front) would appear the far stronger candidate on recent evidence, with his third placing in the St James's Palace looking a return to the pick of his 2-year-old form.

Godolphin's Naval Crown (GB) (Dubawi {Ire}) was way ahead of both the Ballydoyle pair when fourth in the 2000 Guineas and his subsequent second to Creative Force (Ire) (Dubawi {Ire}) in the G3 Jersey S. over this trip at Royal Ascot June 19 looks just as solid following his stablemate's fine effort in the July Cup. Charlie Appleby said, “Naval Crown came out of the Jersey Stakes in good order and seven furlongs is an ideal trip for him. He has a decent draw in stall one and some rock-solid form behind him so far this season. He ticks a lot of boxes and we feel that he will be the one to beat.”

The operation also has the promising Andre Fabre-trained pair of Midtown (GB) (Dubawi {Ire}), who is making his 3-year-old debut having last been seen lording it over his peers in Chantilly's Listed Prix Herod over this trip in November, and Erasmo (GB) (Oasis Dream {GB}) who beat the Herod runner-up Best Lightning (Fr) (Sidestep {Aus}) in the G3 Prix Paul de Moussac over a mile also at Chantilly June 20. “Midtown has always been held in very high regard and his two-year-old form is looking stronger and stronger,” Godolphin's Lisa-Jane Graffard said. “Coming into a group 1 on his seasonal return is obviously a very tough ask, but he is a horse that Andre Fabre thinks an awful lot of. We hope this can be a springboard to an exciting second half of the season. Erasmo is a very game horse who has run consistently well this year. He comes here on the back of a decent win in a group 3 which is traditionally a prep race for the Prix Jean Prat. We weren't quite sure that we were going to run here immediately after his last start, but he has bounced out of the race in flying form and deserves his place in the field.”

Of the remainder of the French, the G1 Poule d'Essai des Poulains runner-up Colosseo (Street Boss) puts the form of the May 16 ParisLongchamp Classic to the test, while Jean-Claude Rouget's representative Valloria (Fr) (Dubawi {Ire}) warrants respect on his defeat of TDN Rising Star Dolia (Fr) (Invincible Spirit {Ire}) over a mile in the Listed Prix Volterra at that venue June 13. Colosseo's trainer Gianluca Bietolini told the Racing Post, “We always intended to wait for this race after his great run in the Poule d'Essai, as I don't think he will stay any further. He has excellent form against the best of the French, while St Mark's Basilica is an extraterrestrial. The only worry is that the horse has never run on a straight track, but he's in top form and loves soft ground.”