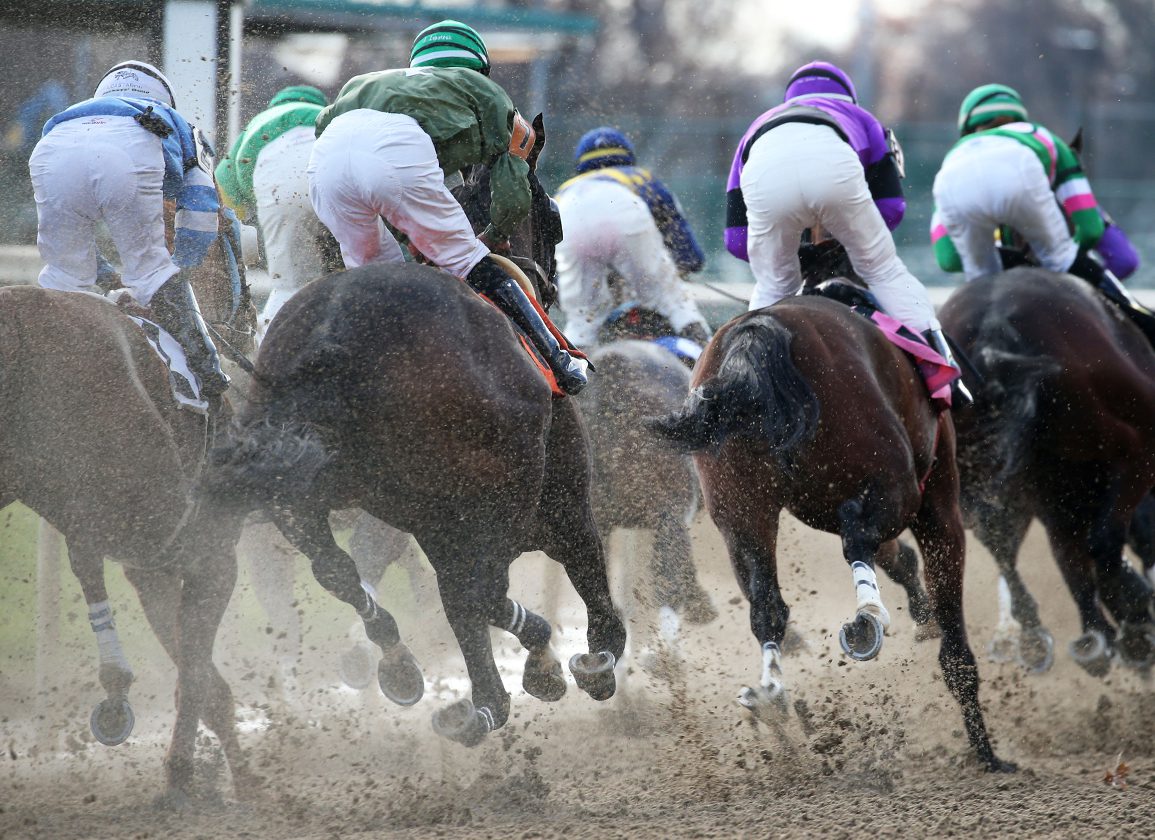 The legal rabbit hole deepened on Tuesday in one of four lawsuits designed to derail the Horseracing Integrity and Safety Act Authority (HISA), pulling jockeys Drayden Van Dyke, Miguel Vazquez and Edwin Gonzalez into the fray as plaintiffs alleged new harms resulting from rule enforcement they believe is in contempt of a court order.

Plaintiffs led by Louisiana, West Virginia, and the Jockeys' Guild moved for a federal judge to issue an immediate order to enforce its July 26 injunction to keep Guild-member jockeys from being subject to HISA rules nationwide. The plaintiffs also want the judge to make the HISA defendants explain to the court why they should not be held in contempt for “flagrantly violating this Court's injunction within a mere four days after this Court entered it.”

A series of filings Aug. 2 in United States District Court (Western District of Louisiana) centers on different interpretations the two sides have regarding what Judge Terry Doughty meant when he wrote in that July 26 injunction that, “The geographic scope of the injunction shall be limited to the states of Louisiana and West Virginia, and as to all Plaintiffs in this proceeding.”

The plaintiffs-most specifically, the Guild-believe the judge's words apply to “all of the members of the Jockeys' Guild, regardless of the U.S. jurisdiction in which the jockey is riding.”

The HISA defendants have steadfastly maintained that individual members of the Guild are clearly not plaintiffs in the lawsuit, and to consider them that way “would wreak havoc on the sport. For example, many jockeys are not Guild members, such that different rules would apply to jockeys riding in the same race.”

Separately, the defendants have made a formal motion asking for a clarification of the wording in the injunction, but the court docket indicates the judge might not offer one until next week, unless Doughty opts to expedite the matter.

And beyond that, the defendants' appeal of their turned-down request to put a stay on the entirety of the July 26 preliminary injunction is headed for the Fifth Circuit Court of Appeals.

Confused yet? There's more. This case is only one of four lawsuits initiated at the federal level this year to keep HISA rules from going into effect nationwide. The first two got tossed out by judges but are in the process of being appealed. The fourth just got filed on Monday in a Texas court.

According to Tuesday's filings, Guild-member jockeys Van Dyke, Vazquez and Gonzalez are just the first three jockeys that the plaintiffs believe are being harmed by the allegedly contemptuous enforcement of HISA safety rules.

“Though the ink has not yet dried on this Court's order preliminarily enjoining Defendants from enforcing HISA's unlawful rules, some Defendants have already decided that they need not follow the Order,” the filing stated. “[D]espite the Order's plain text, the Authority Defendants continue to implement and enforce the enjoined rules against members of Plaintiff Jockeys' Guild.”

According to the filings, on July 27, one day after the allegedly unclear order was issued, a HISA spokesperson stated that “HISA will continue to enforce its rules in all applicable jurisdictions, with the exception of Louisiana and West Virginia. Outside of those states, the court order applies only to the five individuals specifically named in the case.”

And on July 29, the filings stated, the California Horse Racing Board (CHRB) put out an advisory that stated, “Unless and until a federal court clarifies an earlier ruling by indicating otherwise, the CHRB will continue to honor its agreement with HISA by enforcing HISA safety rules, including the rules covering use of the riding crop, as the CHRB has been doing since HISA rules went into effect on July 1.”

Then on July 30, Del Mar stewards issued a ruling against Van Dyke for his use of the riding crop in a July 29 race that they deemed to be in violation of HISA Rule 2280, imposing a $250 fine and one-day suspension.

“The suspension is set to preclude Mr. Van Dyke from racing on Aug. 6, but he must confirm participation on Aug. 3 for that race day,” Tuesday's filing stated. “To be clear, Mr. Van Dyke is a member of Plaintiff Jockeys' Guild and thus Defendants are enjoined from implementing and enforcing the enjoined Racetrack Safety Rules against Mr. Van Dyke.”

The filing continued: “Compounding this problem, over the weekend, Plaintiffs were informed that the HISA stewards at Gulfstream Park in Hallandale, Florida plan to issue multiple rulings against members of Plaintiff Jockeys' Guild for similar violations.”

Both Gulfstream jockeys are expected to receive fines of $250 each, one-day suspensions, and points to escalate penalties for subsequent violations.

“Through these continued enforcement actions, the Authority Defendants thus have made clear that they seek to enforce enjoined rules against Plaintiffs' members throughout the country outside of Louisiana and West Virginia,” the plaintiffs' filing stated.

The plaintiffs are asking the judge to award compensatory damages to cover the allegedly lost purse earnings that the above three riders will incur, plus a “coercive fine of $250 per day for each day any points assessed…as a result of HISA's contempt are not purged from their records.”

The Guild-backed plaintiffs also want those damages to apply to any other Guild members who get subsequently penalized while this issue is contested in the courts.

With regard to how the judge might rule in his clarification of the injunction, the plaintiffs noted in court documents that “nearly 50 years of Supreme Court case law” is on their side, because precedents confirm that “members of associations are entitled to the benefits that their associations obtain in litigation.”

In the overall lawsuit, the HISA Authority, the Federal Trade Commission, and board members and overseers of both entities are alleged to have violated the Fourth, Seventh and Tenth Amendments to the Constitution, plus the Administrative Procedure Act (APA), which governs the process by which federal agencies develop and issue regulations. An adverse ruling against the defendants could mean a reopening of public commentary periods and a rewrite of all existing and in-the-pipeline HISA rules.