Home » Archive » Shared News » This Side Up: The Tough Get Going

This Side Up: The Tough Get Going 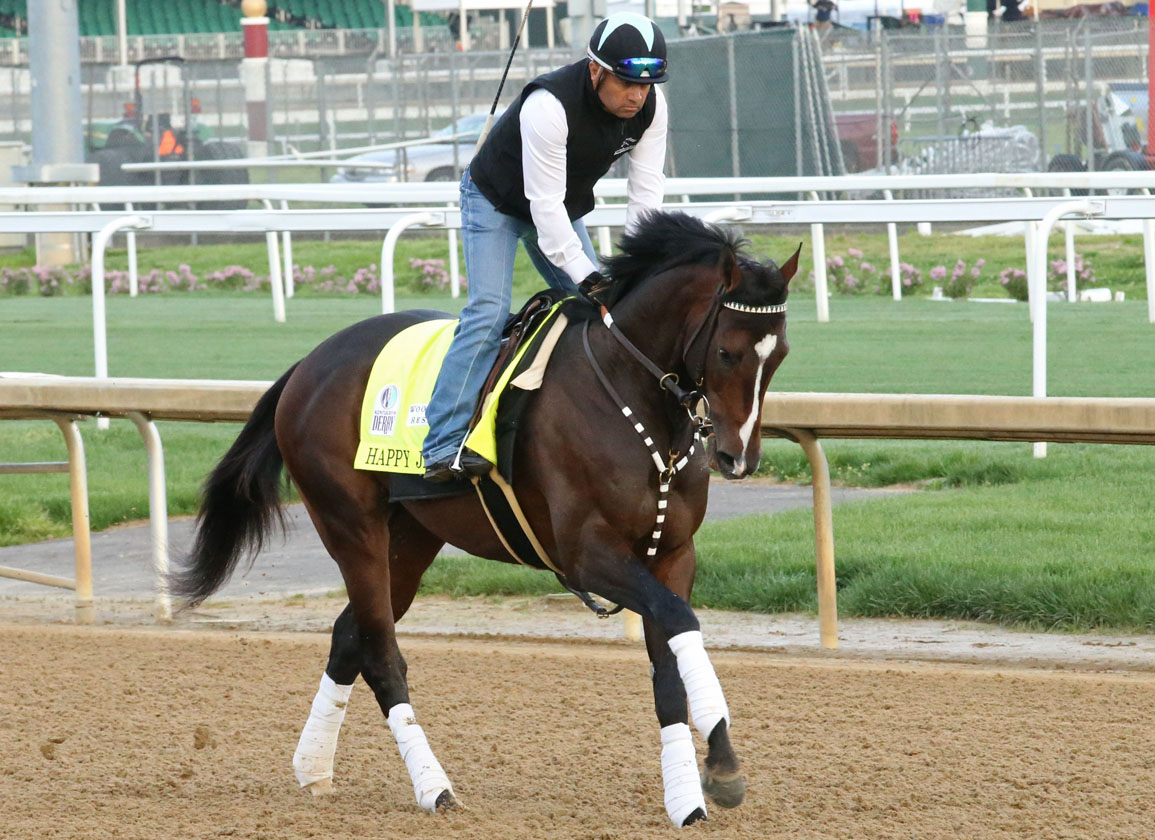 I'm pinning my faith in Happy Jack. Not to win, obviously, even after a Derby so outlandish that it still confounds the handicapper's genius for rationalizing the most unaccountable events with the invincible benefit of hindsight. As a Calumet homebred by Oxbow, however, you can certainly envisage this fellow proceeding to the GI Belmont S. and so ensuring that at least one horse has contested each leg of the Triple Crown–which would, dismally, be one more than was managed last year even by a crop containing Oxbow's outstanding son to date, who has meanwhile confirmed toughness to be his genetic trademark.

Of course, those of us outraged by renewed proposals to desecrate the Triple Crown heritage will be hoping, far ahead of Happy Jack, either to see Epicenter (Not This Time) show that he has soaked up his remarkably generous exertions in the Derby; or Secret Oath (Arrogate) make it equally plain that this kind of Classic schedule remains within the compass even of modern Thoroughbreds, if only they are bred and/or trained the right way.

As things stand, it feels an affront to both these splendid creatures that their showdown on Saturday, one wholly worthy of the 147th GI Preakness S., should have been so unceremoniously displaced from the top of the week's news agenda. Regardless of whether Rich Strike (Keen Ice) can ever again remotely approach what he did at Churchill, a single, freakish performance should not qualify him, overnight, to subvert the legacy of so many generations of horsemen.

(Click the arrow below to listen to this column as a podcast.)

In fairness, it's not as though his connections set out to start some national debate. They just made a decision about their own horse, and what they figured might work best for him. True, if weighing their decision on bigger scales, they might perhaps have been a little more cognisant of the broader responsibilities–to their sport, with a rare opportunity of engaging the attention of the world beyond–that arguably accompany such a literally fantastic gift from the racing gods. As it is, we have to conclude that they were concentrating on one horse, standing there in his stall. And that's absolutely their prerogative.

But when other people start using that decision as a pretext to review the whole future of the Triple Crown, then you have to ask yourself whether the challenge to all logic, when Rich Strike suddenly materialized along that rail at Churchill, has incidentally prompted us to discard all sanity as well. Because while Eric Reed and Rick Dawson certainly had a pretty interesting start to their month, I am not sure how far they have advanced up the line of horsemen eligible to turn so much of our history on its head.

Sure, there are a whole bunch of other Derby participants sitting out the Preakness. By this stage, however, that feels wholly consistent with the prejudices of modern trainers, in either observing or merely perceiving some inadequacy in the kind of animals we're breeding today. Some of these guys are either automatons themselves, or think that their horses are. As with every question asked by a Thoroughbred, targets should be determined by the flesh-and-blood differences between individuals–and not reduced to a formula, according to the number a horse might have run, or the date on a calendar.

What a drab convention of the faint-hearted, if the schedulers were to yield meekly to such timidity! Thank goodness for D. Wayne Lukas, who has reliably redeemed both the caliber and the narrative of this race. The real torment–for those grateful to him for this, the latest of so many services to our sport–is that we might actually have had a filly on the Triple Crown trail but for the ride that blunted her blade when she tested the Derby waters.

As I've remarked before, the Triple Crown schedule doesn't just maintain the historic integrity of the way we measure the breed. It's how horsemen of the past keep us honest. And while this may not be the most truthful age in the story of civilisation, we have no excuse for lowering our own standards when our livelihoods depend upon a creature as transparent and trusting as the Thoroughbred.

Which, as it happens, is exactly why we can't let training be all about pharmacy–and why people also have to be honest about why they might be trying to emasculate the policing of medication. There's a virtuous circle here. For one thing, a horse is never going to be in greater need of time between races than when a rival has called on artificial reserves. Conversely, it's the horse bred and raised and trained with a clean conscience that will ultimately give us a genetic package worth replicating.

And that conscience comes into play long before the appointment of a scrupulous trainer. It is also required of those whose spending and/or advice at ringside currently, somehow, makes commercial poison of the most wholesome paternity. Calumet may have let a Derby winner slip through their grasp but at least they are prepared to stand against the tide. And that's another reason to hope that Happy Jack can disclose something of the quality that for now remains no more evident than it was in Rich Strike this time two weeks ago. 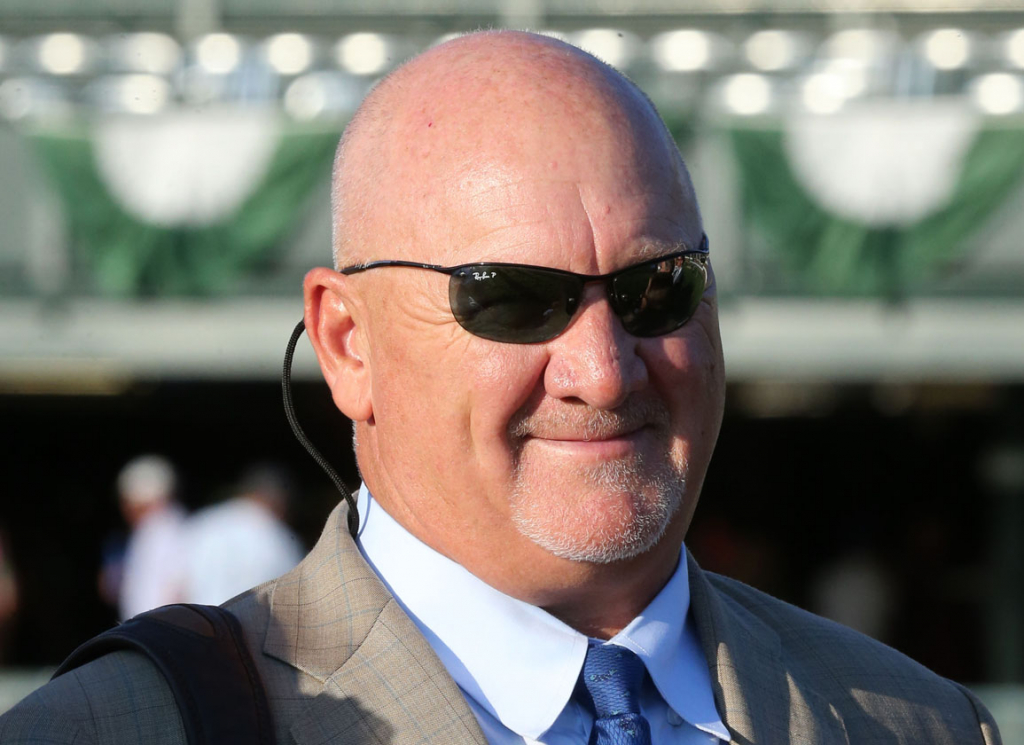 This, after all, is an unpredictable game. Who could have imagined that Kenny McPeek, having last winter looked as though he might come up with a Derby trifecta of his own, would roll up here with none of those horses–instead buying a $150,000 wild card for a horse that won, you guessed it, two weeks ago at Churchill?

Obviously Creative Minister (Creative Cause) is unlikely to have endured as taxing a race then as the three who do accompany him here from the Derby. As such, he arrives as a kind of compromise between those making a quick turnaround and the ambush party headed by Early Voting (Gun Runner). Whether that proves the best or worst of both worlds remains to be seen, but I do know one thing. We gain nothing by trying to make things “easier”. In the old axiom, it's when the going gets tough that the tough get going. We need to find out who those horses are, and reward the horsemen who produce them.