Home » Archive » Shared News » This Side Up: Quit Chasing the Dollar and Try Cruz Control

This Side Up: Quit Chasing the Dollar and Try Cruz Control 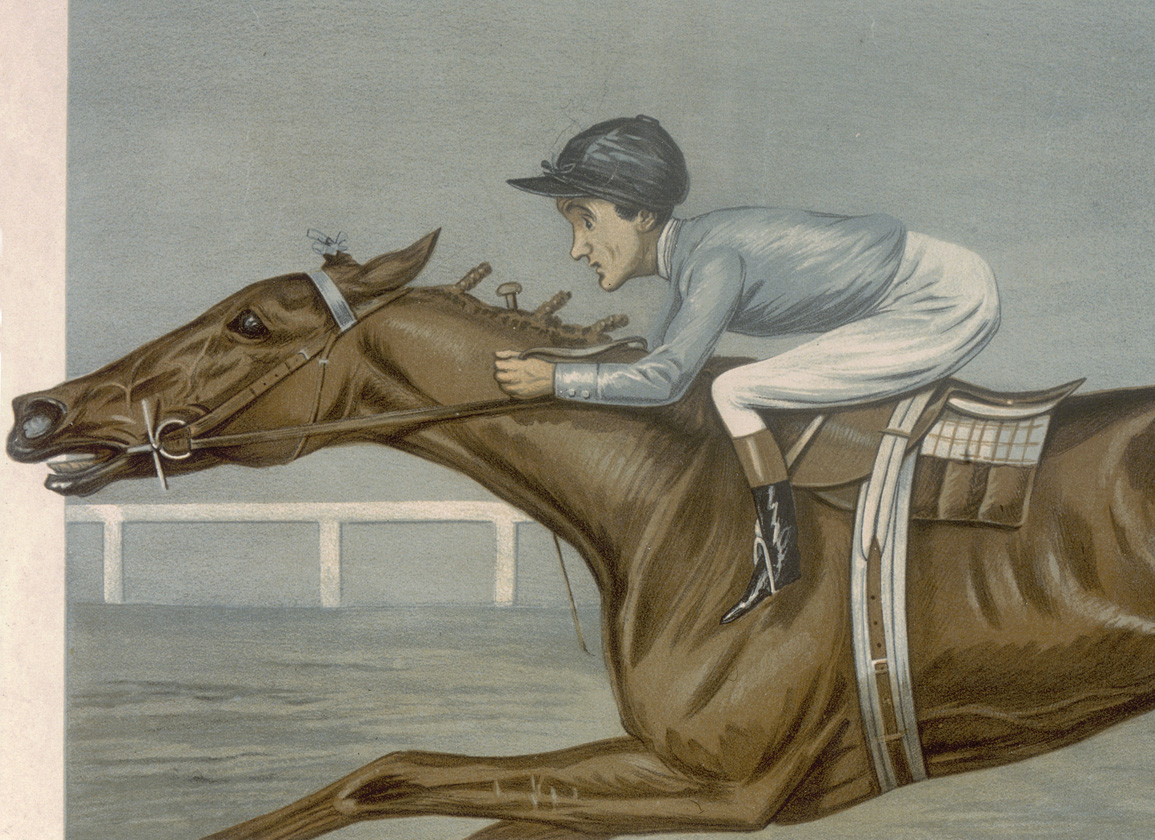 Assuming that you, too, have by this stage marvelled at the tenacity, balance and athleticism of Alex Cruz in winning a race despite losing both irons leaving the gate, at Emerald Downs last weekend, then perhaps you might also have been prompted to reassess our prejudices against the seat of the 18th Century guardsman.

To the modern eye, the long-shanked equitation of those days appears ludicrous: awkward, stilted and, above all, inimical to the freedom of the horse's movement. We think of the elevation of the modern jockey, as popularized in Edwardian England by the American Tod Sloan, precisely as a withdrawal from interference. Yet seeing how his mount reeled in her rivals, more or less under her own steam, it struck me that the one thing Cruz couldn't be doing, in these rather eye-watering circumstances, was supervise her mechanics. Albeit he did contrive to brandish his whip, it would be a stretch to say that he was in charge of the situation. Yet if he was little more than a passenger, then you have to say that the engine appeared to run very smoothly indeed.

“At the start, she stumbled and ducked out, that's when I lost my irons,” jockey Alex Cruz said. “I tried to recover but it was so muddy and my boots were slipping. I was going to pull her up going into the turn, but when we started to gain some ground, we went on with it!” pic.twitter.com/qPSId9iIi1

Now it would clearly be unwarranted to extrapolate too much from this single sample. But tastes do change–after all, the Turf Establishment in Newmarket was initially scandalized by Sloan's posture, deriding him as a monkey on a stick–and maybe we are too eager to discover efficiency in the style we nowadays find most aesthetically pleasing.

Be that as it may, it would seem that all variations in technique share the same objective, which is to minimize the contribution of the rider. It's very striking, after all, that you hardly ever see a loose steeplechaser even make a mistake, never mind fall, after discarding its jockey.

And I'm afraid that this principle has repeatedly occurred to me, in the days since, as an apt one to pursue in how we present the Thoroughbred to the racing public. Because it does seem that human beings will tend to get involved only to let their own shortcomings–their avarice, their self-interest, their venality–get in the way of the contrasting, captivating nobility of the breed. 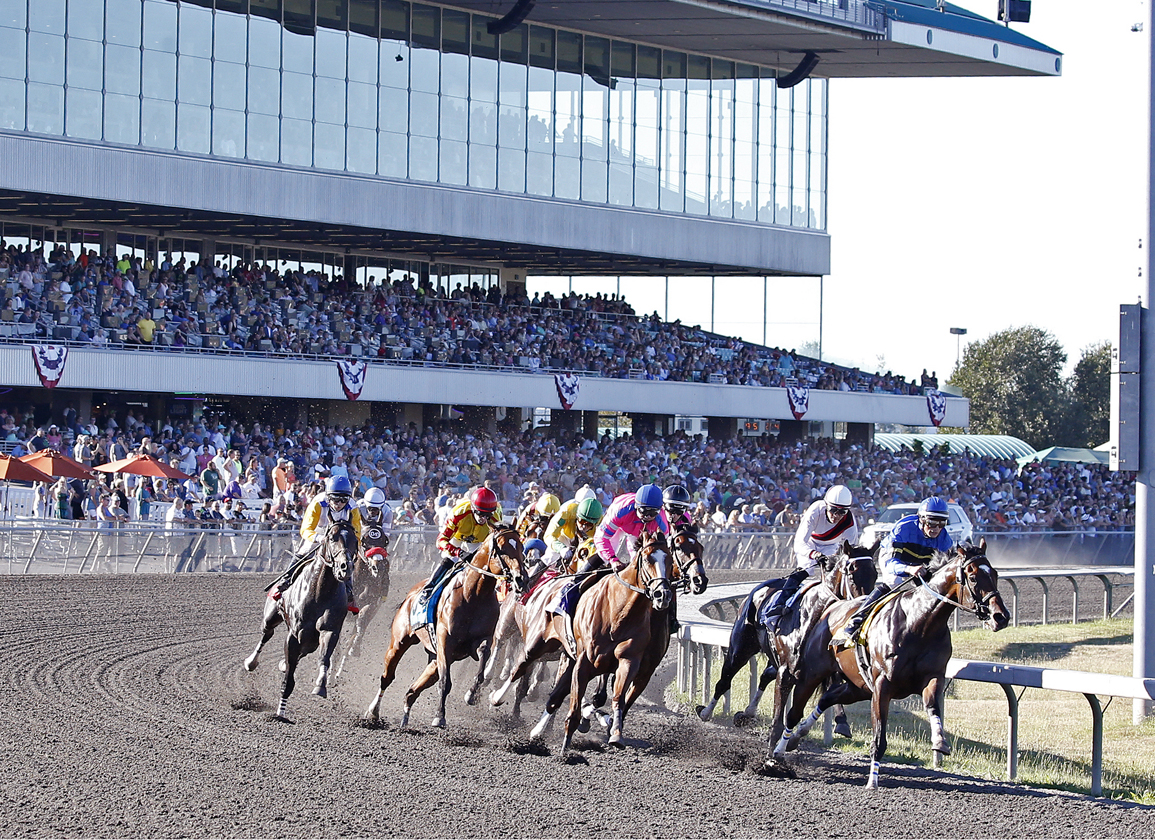 Now it so happens that Emerald Downs, the setting for Cruz's prodigious feat, filled the poignant gap created by the sale of Longacres to Boeing, resulting in its closure 29 years ago this very week. No such sanctuary, sadly, seems likely for Illinois horsemen after they pay their final respects to a still more storied venue at Arlington on Saturday.

It's going to be a shattering experience for the railbirds of Chicago–among which this Englishman has often been fortunate, over the years, from time to time to infiltrate himself–to watch the curtain come down on one of the most sumptuous facilities, for horse and horseplayer alike, anywhere on planet Turf. Even for those of us who never set foot in the place, the video of the final race at Longacres is extremely moving, with caller Gary Henson doing unforgettable justice to the moment by unexpectedly leaving it to be run in silence. As they galloped toward the clubhouse turn, he solemnly declaimed: “Ladies and gentlemen, these horses belong to you. Listen to their final thunder.”

And, sure enough, there was a sound familiar to our species for centuries before the advent of the horseless carriage, never mind the Boeing jet: the pounding of hooves, against which percussion you hear only the improvisation of 23,358 fans crammed into the stands, crying out and whooping. Some are seen hugging each other in a devastated silence of their own after saluting the winner–ridden, aptly, by Idaho-born Gary Stevens, who began his journey to greatness round this circuit.

Henson's father Harry himself called at Longacres for 14 years but was associated even longer with Hollywood Park–a still more grievous loss to our sport, in the meantime, on the Pacific coast. That track, of course, had passed through the hands of Churchill Downs Inc, whose behavior at Arlington permits little doubt of their unabashed priorities in considering, apparently almost exclusively, the perceived interests of shareholders.

“Perceived” is the key word here, though it's evidently futile to renew the warning that cashing in Arlington tugs fatally at the weakest link in capitalism–namely, that point where a drooling, short-term lust for dividends and bonuses wrenches future profit from its source, in the sustainable engagement of consumers. 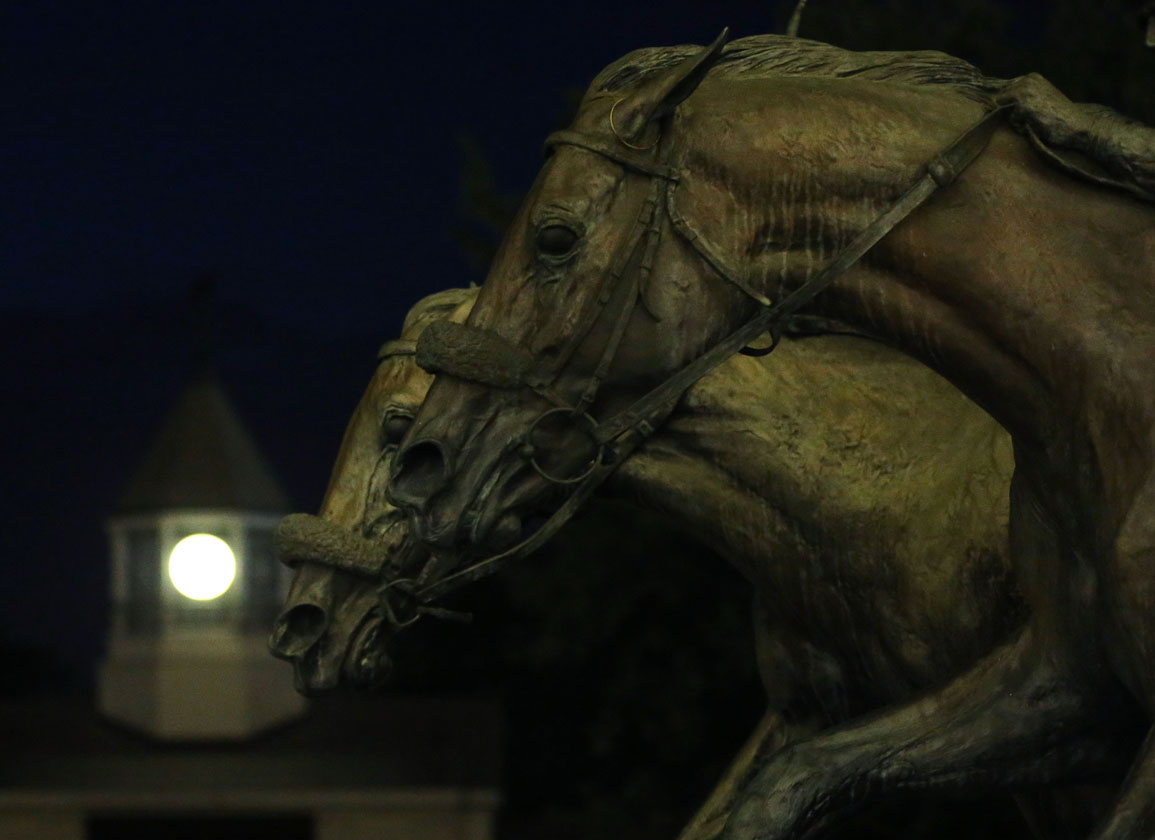 You really couldn't come up with a more deranged example than putting a wrecking ball through Arlington (Arlington! paragon of racetracks!) in order to corral zombie gaming addicts into a more efficient factory. I can't let this bleak day pass without again quoting Richard Duchossois himself, in a conversation a few years ago. “We're never going to chase the dollar,” he said. “If you have the best services you can, a quality product and a competitive price, then we feel the dollar will catch us… Providing product, that's mechanical. Customer service, people-to-people, is the most valuable thing we have.”

As it is, the track he rebuilt after incineration is this time to be deliberately destroyed–with little prospect, it seems, of a phoenix–by the kind of blindly groping corporate avarice that ultimately injures itself beyond repair.

No doubt others have been culpable, too. I certainly can't claim, if indeed anyone can, to read the inner workings of Illinois politics. But the bottom line is that human beings somehow seem determined, in unspoken but deafening self-interest, always to subvert the glory of the Thoroughbred–stewardship of which is a privilege that should sooner compel us toward a reciprocal beauty, courage and generosity.

I'm not remotely qualified to pronounce on the merit or otherwise of the proliferating litigations that have once again filled the pages of TDN this week, though dismayed to see even the non-racing states of Alaska and Mississippi, presumably on ideological grounds, harnessed to attempts to derail the Horseracing Integrity and Safety Act (HISA). But one way or another there seem to be plenty of people out there with a personal agenda that can only erode public confidence in the way we handle the breed.

Our industry will only thrive if devoted to the horse, the whole horse and nothing but the horse. Future fans, if they are to emerge, are relying on us to breed a robust animal that thrives on the demands of racing–and not just to paper over the cracks as long as it takes to get them through the ring at Keeneland this past fortnight. It seems quite obvious that the long-term interests of the breed itself coincide with those of the fans. 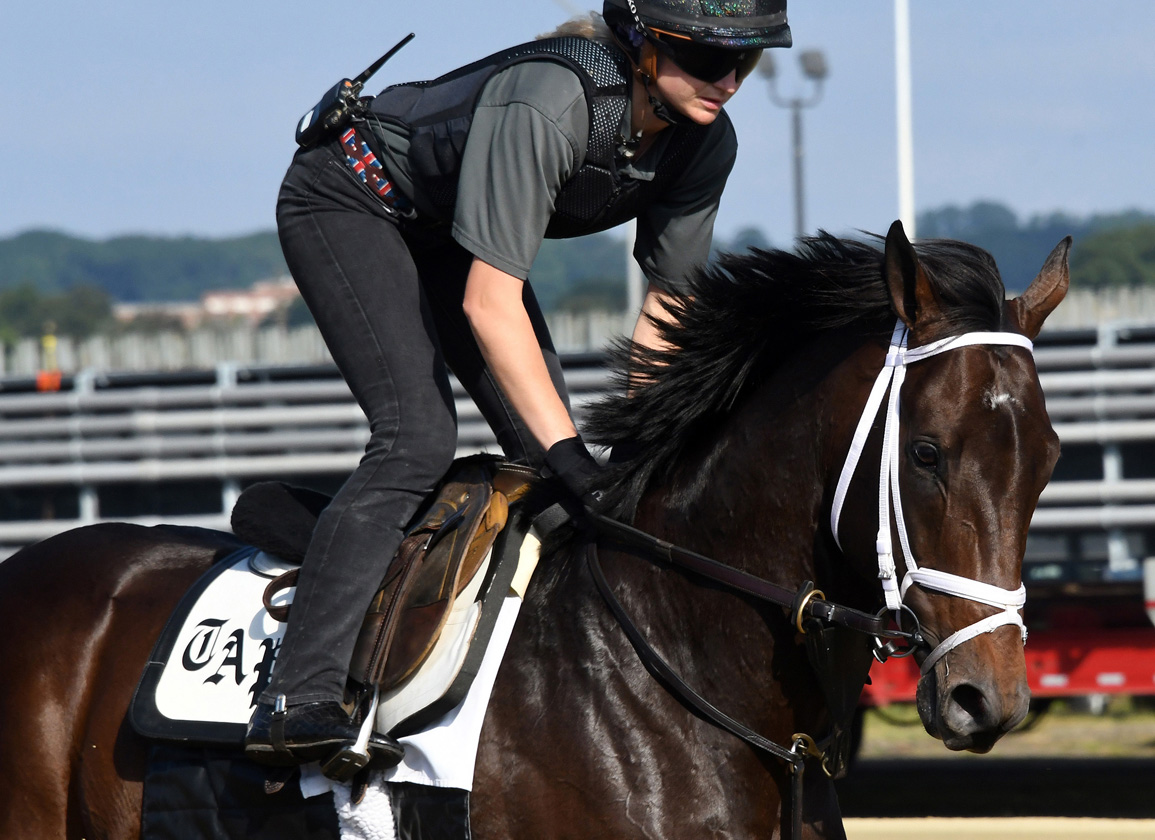 With its gray areas supporting yet more litigation, the Bob Baffert saga has arguably become an unhelpful distraction from operations whose sinister performance appears plainly legible in black and white. Some of these have patrons who purport to be respectable, but who can again be charged with wilful interference, in pursuit of short-term gain, with the natural functioning of the horse.

It must be tough for Baffert to see Life Is Good (Into Mischief), a refugee from his troubled barn, shaping as though he retains the potential to prove the most talented sophomore of all. His debut for Todd Pletcher was simply spectacular, and he will doubtless repay the prudent restraint of his rider that day when set a less exacting task in the GII Kelso H.

Baffert having meanwhile scratched the horse at the center of the storm from the GI Pennsylvania Derby, we welcome back a 3-year-old whose profile could scarcely be more different from Life Is Good in Hot Rod Charlie (Oxbow). For all the contrasts between them, these two horses both capture the majesty of the Thoroughbred and its capacity to engage and enchant a mass audience.

So maybe let's all of us try throwing our legs out of the irons, and just leaving the horse to do its thing. That way, in the long run, we all prosper together–life will indeed be good for horses, horsemen and fans. That way, we can daily declare: “Ladies and gentlemen, these horses belong to you.”