Home » Archive » Shared News » This Side Up: Manners Maketh Mandaloun 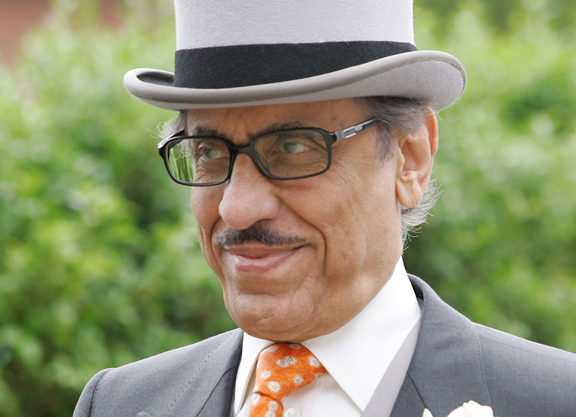 How ironic, that a man with a nearly anguished instinct for self-effacement should have left so indelible an impression on our walk of life–one he strolled so quietly that he insisted on registering his silks, with The Jockey Club in Britain, simply in the name of Mr. K. Abdullah. How many others who covet the Turf's great prizes, in contrast, elbow their way through the crowd in preening advertisement of their wealth and acuity?

If we learn much about such people from their presumption of some deeper dignity, from a status they cannot sustain even by a royal title, so we can surmise something of those human qualities–generally so inscrutable–that were extinguished with the loss of Prince Khalid this week. For he plainly considered “Mr.” an ample prompt to our general obligation of mutual civility; above all, perhaps, among those who constantly witness the egalitarianism that persists between Thoroughbreds themselves. Whatever advantages we seek in pedigree–the foundation, after all, of his entire Juddmonte empire–even the Prince will have seen the most regal foals reduced to the claiming ranks, or denied the throne by blue-collar upstarts.

Admittedly the courteous lineaments of his public appearances so confined his inner nature that we should perhaps hesitate before discovering some third dimension barely exposed even to those in our community who spent years in his service. For their tributes have been in much the same register as those made from a more superficial vantage. Even from the outside, any of us might ascribe to him attributes of 'the perfect gentleman'. First and foremost, precisely that freedom from self-importance; but also his distaste for the kind of hiring and firing that we see in the Turf's coarser patrons.

So perhaps we actually knew him better than we realized. Certainly his striking fidelities suggest an unshakable respect for those qualities that abide within those who might not appear, to more fickle judgements, in a deserving state of grace. He was just about the last man standing when Sir Henry Cecil paid with the contempt of fashion for a human brittleness in the face of adversity. And while Bobby Frankel never lost professional esteem in the same way, you suspect that few who share the Prince's antecedents would have become quite so devoted to a cantankerous Jewish gambler from Brooklyn. 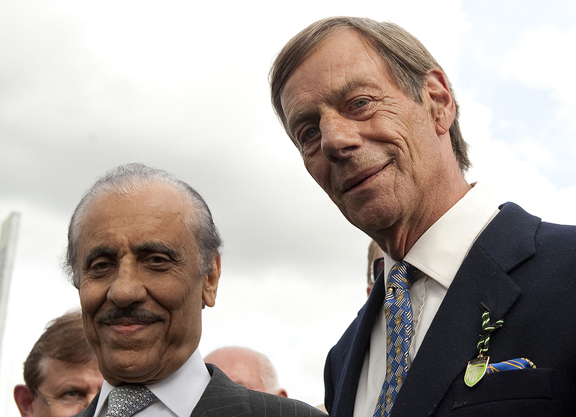 The Prince with Sir Henry Cecil in 2011 | Racing Post

The sheer breadth of humanity encompassed by those two trainers, their wildly divergent personalities united by a slender strand of genius, attested to a tolerance and empathy in the Prince that would serve us all well, not least in these rancorous times. A tragic destiny, of course, reserved for Frankel and Cecil a cruel extra bond, in their premature loss to cancer. But a happier clause in the unforgiving terms of fate was the arrival of a champion, named in memory of one, to redeem the darkest hour of the other.

Arguably the Prince surrendered something even of Juddmonte's defining achievement to the needs of his suffering trainer. Even with his own time probably short, he delayed Frankel's retirement as the apogee of his breeding program so that Cecil would retain a spur to his fortitude every time he went out onto the gallops. And the Prince also indulged the rather parochial priorities that somewhat hampered Cecil even in his pomp, never mind at a time when personal travel had become impractical.

The Prince must surely have asked himself, as did some of us mere bystanders, what capacities remained unexplored in Frankel as Cecil kept him, almost to the end, in the same domestic pool of outclassed milers. Constantly compared with specters of the past, Frankel was never given the chance to measure himself even against his contemporaries overseas. The Prince had a mansion just beside the Bois de Boulogne, and first became enchanted by the Turf when taken by friends to Longchamp in 1956. And he adored the Breeders' Cup. Hopefully his enjoyment of Frankel's wonderful start at stud was not too poignantly tempered by the reflection that the speed-carrying capacity he imparts to his stock really should have been examined either in the Arc or at the Breeders' Cup.

A trifling quibble, by now, in a legacy that has long been secure–and will long continue to evolve. Indeed, just as Juddmonte once gave a cherished friend a critical transfusion of vitality, perhaps those grieving the Prince now will themselves find some timely succour from its bloodlines. 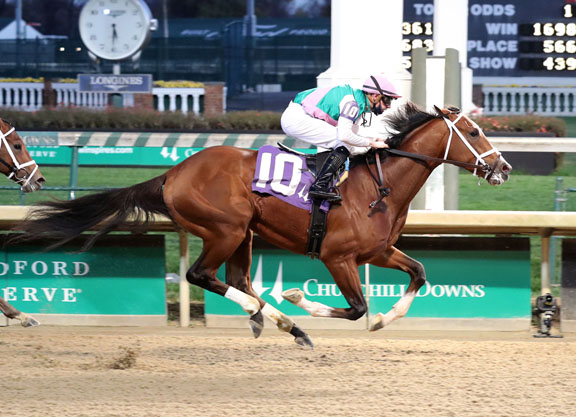 Because none of us, surely, will be able to resist a frisson that some benign force may assist the Juddmonte colt who finds himself, on this of all weekends, dipping a toe into the Triple Crown water in the GIII Lecomte S.

The Kentucky Derby was one of the few great ambitions to elude the Prince, albeit he managed two seconds (Aptitude and Empire Maker) from only five starters. Mandaloun is by the same extraordinary sire that has just settled any doubt as to his competence to stretch his trademark speed, with the improvement in his mares, to the demands of the Derby.

The upgrading of Into Mischief's books was aptly measured when the Prince favored him with a visit from Mandaloun's dam, Empire Maker's daughter Brooch, a Group 2 and 3 winner in Ireland. Judicious introduction of external blood has been key to the constant invigoration of the Prince's families. In this case, however, the first three dams are all by homebred stallions: Empire Maker, Dansili (GB) and Distant View. But the fourth dam is Queen of Song (His Majesty), a sister to Cormorant added to the expanding Juddmonte band for $700,000 at the 1989 Keeneland November Sale.

Brad Cox also saddles an exciting sophomore filly for Juddmonte in the Silverbulletday S. Already No. 2 in colleague Bill Finley's TDN Oaks Top 10, Sun Path is by another commercial stallion in Munnings. In her case, however, her first three dams are all by other outside sires: Tapit, Nureyev and Nijinsky. The third is champion Chris Evert's daughter Nijinsky Star, acquired (from the Carl Rosen dispersal) in the same ring as Queen of Song, and for the same price, two years previously.

Whereas Queen Of Song had won 14 of 58 starts for Parrish Hill Farm, Nijinsky Star appeared a very different proposition: in fact, she had a tube exiting a lung, draining fluid from a bout of pleurisy in her younger days. But that did not put off the Prince and his team, and his investment paid off with Nijinsky Star's emergence as foundation mare. Two daughters by Nureyev did especially well: Viviana produced multiple Grade I winners Sightseek (Distant View) and Tates Creek (Rahy), while Willstar gave us not only Group 1 winner Etoile Montante (Miswaki) but Touch the Star, who has already produced Bonny South by Tapit to win the GII Fair Grounds Oaks last year; and now Sun Path. 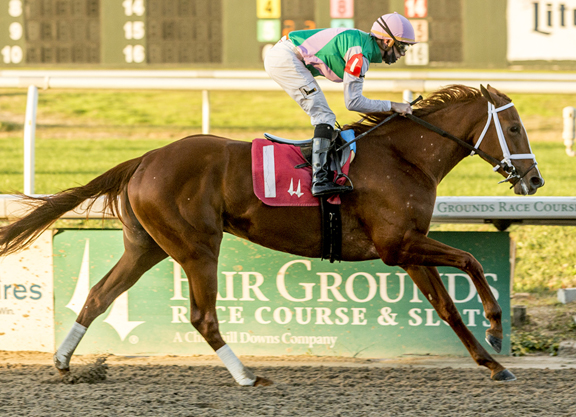 So both these Classic prospects exemplify the Prince's patient refinement of families, an artistry and precision spanning three decades. Though their breeder actually started out by breaking the European record for a yearling almost immediately–giving 264,000gns for a Grundy colt at the 1978 Houghton Sale, ultimately to little avail–he showed great discrimination in his choice of talent, both human and equine, once deciding to build up his own program. It might seem easy for a member of the Saudi royal family to buy the right quality, but it's worth recording that wealthy rivals spent even more on 37 other mares at the sale where the Prince bought Nijinsky Star. Needless to say, few proved anything like as good an investment.

In recent times the Prince had become frail, rather than just elegantly slender, and was rarely seen even as his last champion Enable (GB) (Nathaniel {Ire}) prolonged her exuberant reign. But he had already long guaranteed a vibrant legacy to generations of horsemen to come.

For whenever they pore over pedigrees–renewing the perennial puzzle of what works and why–they will find themselves clinging gratefully to the footholds chiselled by this dignified, recessive figure. He will loom over the 21st Century breed much as Federico Tesio or the 17th Earl of Derby did before, paradoxically dragged by his own, understated passion into the applause of posterity from the anonymity he cherished. 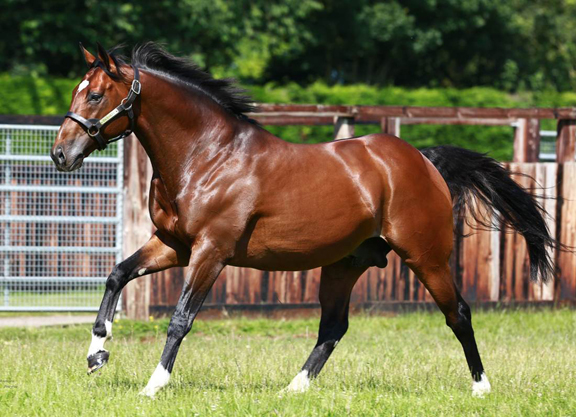 Tesio's exotic personality and beliefs were vividly chronicled, both by his own pen and others; while Derby's public career in wartime gave him much wider profile. But this temperate Prince we respected, as much as anything, for the respect he exuded: whether in his personal bearing, or in the things he did (or, more importantly, the things he didn't do) with the horses and horsemen in his service. In the old axiom, 'manners maketh man'.

Sometimes a man becomes most truly distinguished by camouflage. I love to think of the young Prince, not yet 20, at Longchamp in 1956. People must have looked straight through him then, immaculately dapper though he surely must have been, unwitting of the transformational ambitions stirring in this captivated young Arab. That must have suited him just fine. But however little we really knew 'the Prince', and whatever complicated shades of humanity remained ever beyond our reach, we bid farewell to 'Mr. Abdullah' with much respect. And we will all duly celebrate success for Mandaloun, or Sun Path, simply as an immediate assurance that his bequest to the breed, whatever happens to Juddmonte now, will outlive us all.