Home » Archive » Shared News » This Side Up: Lecomte Starts a New Cycle

This Side Up: Lecomte Starts a New Cycle 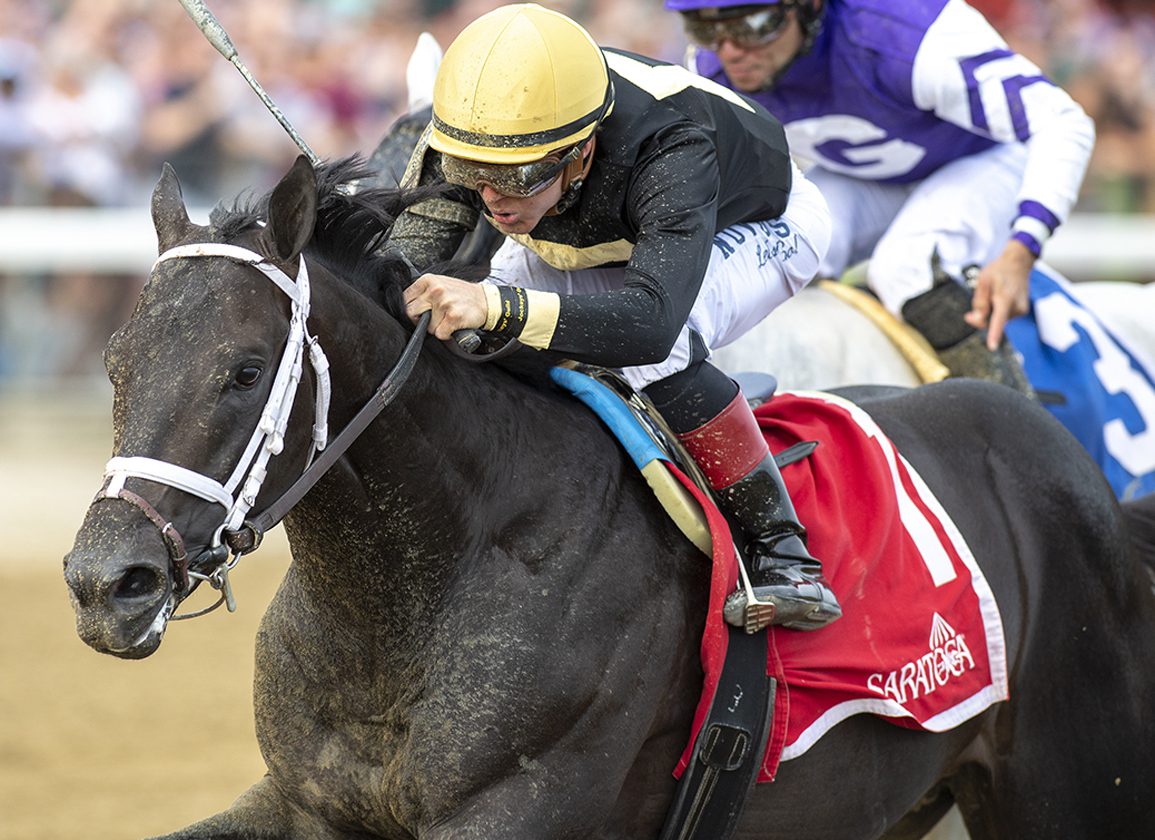 And so we begin anew. The GIII Lecomte S. always warms the heart: it's like noticing the first buds on the bare trees, as the quiet midwinter promise–familiar, expected, miraculous–of another spring to come.

In trees, each new cycle is nourished by past decay: by roots extending into soil enriched by the leaves discarded at the end of the previous one. And actually it's not dissimilar with selective breeding, so that each generation can recycle its speed, stamina, beauty, bravery.

The world may be a very different place, on and off the track, from the days when Lecomte, the 1850s Louisiana legend honored by this race, was defying the great Lexington in four-mile heats at the old Metairie racecourse in New Orleans. Lecomte, indeed, was both trained and ridden by African Americans who had been purchasable chattels, as you can read in this marvelous story by Kellie Reilly of Brisnet.

Listen to Chris McGrath read this edition of This Side Up.

But if the demands made of modern racehorses are wildly different, I still find it apt that if you go far enough back in the pedigree of the colt to beat on Saturday, Instant Coffee (Bolt d'Oro), you come to the principal legacy of Lecomte himself.

Louisiana plantation owner Thomas Jefferson Wells had bred Lecomte from a mare named Reel, whose importance to the evolving American breed was only one instance of the transatlantic distaff influence of her exported British sire Glencoe.

Though Lecomte died in a failed adventure to Britain, luckily Wells had first had him cover a handful of mares. One of his daughters was registered, in a fashion that had once been very common, simply as “Lecomte Mare.” Remarkably, she was mated with Lecomte's half-brother by his old rival Lexington. Bear in mind that Lecomte and Lexington were both sons of Boston; that the mare's second dam was by Reel's sire Glencoe; and that her fourth was Reel's mother! Few modern breeders, it is safe to say, would dare to entertain such genetic saturation.

Yet the result of this match, Lizzie G., ties together the ancestry of many great horses. One of her daughters, for instance, produced the iconic Domino; a rather longer line would eventually lead to Affirmed; and, yes, a still more attenuated one brings us to Follow No One (Uncle Mo), the dam of Instant Coffee.

These are clearly all scrolls of parchment, too faded to have the remotest bearing on Instant Coffee's competence for the tasks he could face this spring. But these are the old leaves that nourish the genetic subsoil–and, to me, this little tangent just adds a piquant extra flavor to Instant Coffee happening to line up for the Lecomte.

After all, each of these horses entwine so many different strands: through a trainer or owner or breeding program, for instance, and the things we feel they stand for; or through more peripheral associations, such as the fact that Follow No One was named by Alpine ski racer Lindsey Vonn. She had a commercial partnership with Under Armour, the sportswear company founded by Kevin Plank–whose noble attempt to revive Sagamore Farm as a force on the Turf encompassed Follow No One's racing career. And, now that the mare is on the Upson Downs Farm of Churchill chairman Alex Rankin, there's scope for another colorful thread to be woven into the great Derby tapestry.

And that's just one horse, in one trial. There are 23 futures options entered across five tracks just on Saturday, and so many others to be sieved down over the coming weeks to that final field of 20. Each will have a sentimental cargo of its own, associations that will inspire (or discourage) the allegiance of neutrals.

Down in Louisiana, meanwhile, they can claim a collective stake in the entire Lecomte field, as potential heirs to the 2019 Derby and Preakness winners, the 2021 Derby winner and the 2022 Derby runner-up, who all contested this race, GII Risen Star and GII Louisiana Derby–with the exception of Country House (Lookin At Lucky), who missed this first leg (in order to break his maiden at Gulfstream).

The Fair Grounds rehearsals have been achieving edifying new relevance since their extension in distance. To me, that represents a small but useful redress of the renunciation by modern trainers of the way their predecessors put such a deep foundation of experience and condition into their Classic horses. The old school never minded seeing two-turn horses beaten in sprints, early in the year, because they would gain in fitness and seasoning without ever forcing the engine anywhere near its maximum revs. But now that horses have to tiptoe to Churchill in May, the least they can do is get some mileage. Last year, remember, both Epicenter (Not This Time) and Cyberknife (Gun Runner) were beaten in the Lecomte, but each used that reverse as a springboard to reach the elite of the crop.

There will, no doubt, be other local horses entering the picture. Banishing (Ghostzapper), for instance, will have a spectral presence in the Lecomte, on the clock, after an excursion over the same distance earlier on the card. In breaking his maiden here by eight and a half lengths on Boxing Day, he clocked a marginally faster time than did the winner of the Gun Runner S. With Loggins yet to return to the worktab, it would be heartening if Ghostzapper could reinforce his quest for the Classic success that for now feels like an incongruous omission in the resumé of one of the greats.

The people standing Bolt d'Oro, meanwhile, are similarly not dependent solely on Instant Coffee to maintain his flying start. The champion freshman also has Itzos, half-brother to none other than Rachel Alexandra (Medaglia d'Oro), heading to Turfway after scratching from the Lecomte. He contests a race in which a horse named Rich Strike (Keen Ice) ran a negligible third last year.

So Saturday is only one early step on a long road. Instant Coffee's barnmate Zozos (Munnings) could certainly tell him a thing or two as they're being groomed for their respective races. He chased home Epicenter in the Louisiana Derby last year, before helping to set up the meltdown for Rich Strike at Churchill. But he then disappeared until a stylish resumption last month, and now explores his remaining potential against the thriving Happy American (Runhappy) in the GIII Louisiana S.

The latter represents the same team as Bell's The One (Majesticperfection), brilliantly trained by Neil Pessin to win $2 million before her retirement last fall. She has left a tough void in a barn that mustered no more than 88 starters in 2022, but in this era of “super trainers” with cavalries spread across time zones, a seasoned horseman like Pessin–reliably undiminished in endeavor, skill and passion–still only needs an adequate stone for his sling to cut those Goliaths down to size.

To be fair, that's pretty much what happened in the last Derby. True, I doubt whether a single handicapper would have come up with the right exacta if told by a time traveler, this weekend last year, that they had just seen both the required horses beaten. But we know that the next ones will be out there somewhere, once again; that on those cold stark trees, it's time to look for the first buds.