Home » Archive » Shared News » This Side Up: Grounds for Optimism

This Side Up: Grounds for Optimism 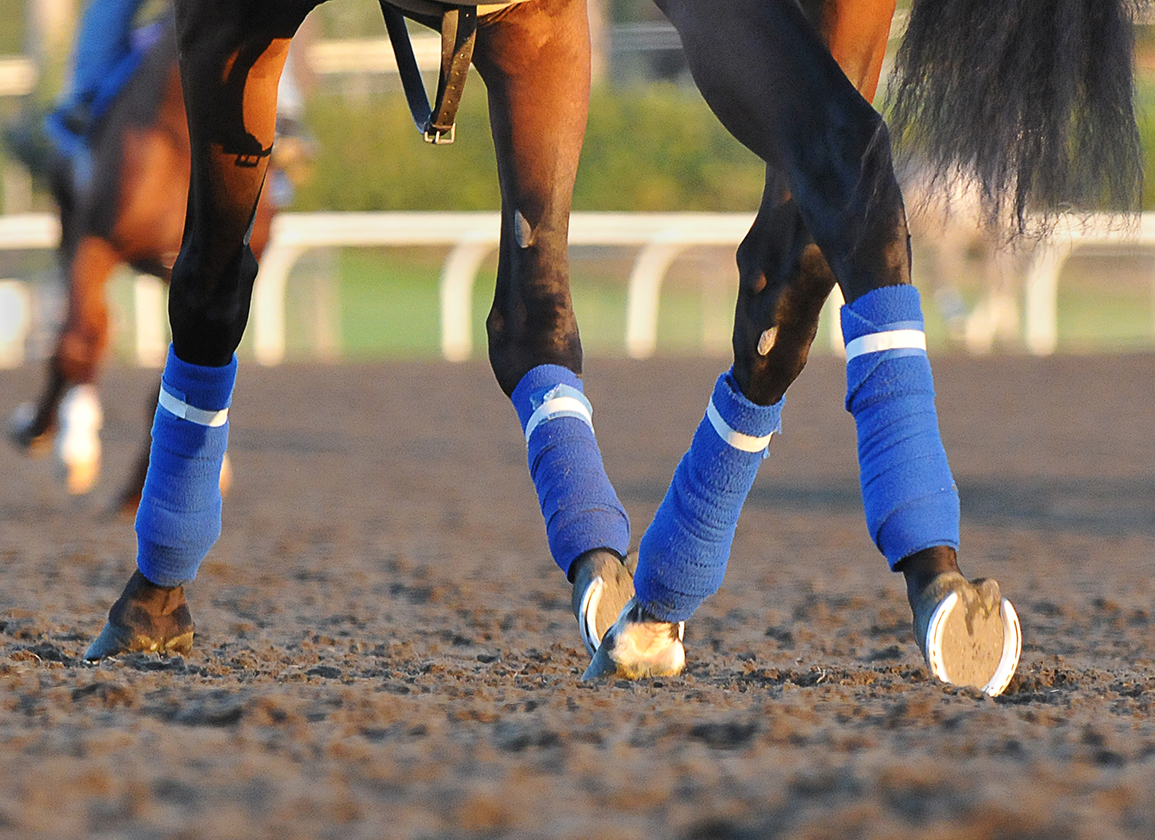 Surface tensions in our business have run pretty deep in recent years, nowhere more so than at Santa Anita. After a failed revolution, with a synthetic track, they eventually backed into a terrifying breakdowns crisis. Racing in California still has its problems, of course, not least the cloud currently over its premier barn–which, after that curious hesitation last week, instead gives its most controversial resident a home game Saturday in the GI Awesome Again S. But given our community's fury right now with another racetrack proprietor, who this week cashed in a jewel of the global Turf, it's only right that we take a pause and give due credit to The Stronach Group for rising magnificently to what felt absolutely like an existential challenge.

Once again a postal address in Arcadia, named for the Eden of Ancient Greece, can aptly formalize this nostalgic idyll; once again, the dismal confines of the present can be transcended between those art deco stands and timeless mountains. Simultaneously, moreover, across the nation at Gulfstream, The Stronach Group is raising the curtain on another fall meet, and on an intervention in the racing surface that may ultimately prove no less critical to the survival of our sport.

One of the dispiriting things about the schism between turf and dirt, which appears only to have widened since the synthetic experiment at Santa Anita, is the way it mirrors the kind of polarization that has embittered political discourse in the social media age. As the first North American racetrack to offer all three surfaces, side by side, Gulfstream demonstrates that there can literally be a third way. At a time when so many of us just retreat into our echo chambers, deploring those with whom we disagree, it's good to be reminded that tolerance, co-existence and pluralism aren't just high-sounding aspirations but a useful practical framework that enables us all to thrive.

With hindsight, we can all see that an upheaval as radical as the synthetics experiment at Santa Anita should not be forced on people overnight. The kind of flexibility now available at Gulfstream allows horsemen to adapt to evolving demands–whether in the way we breed horses, or train them, or bet on them; or in the terms and conditions laid down for the consent of an ever more urban society. 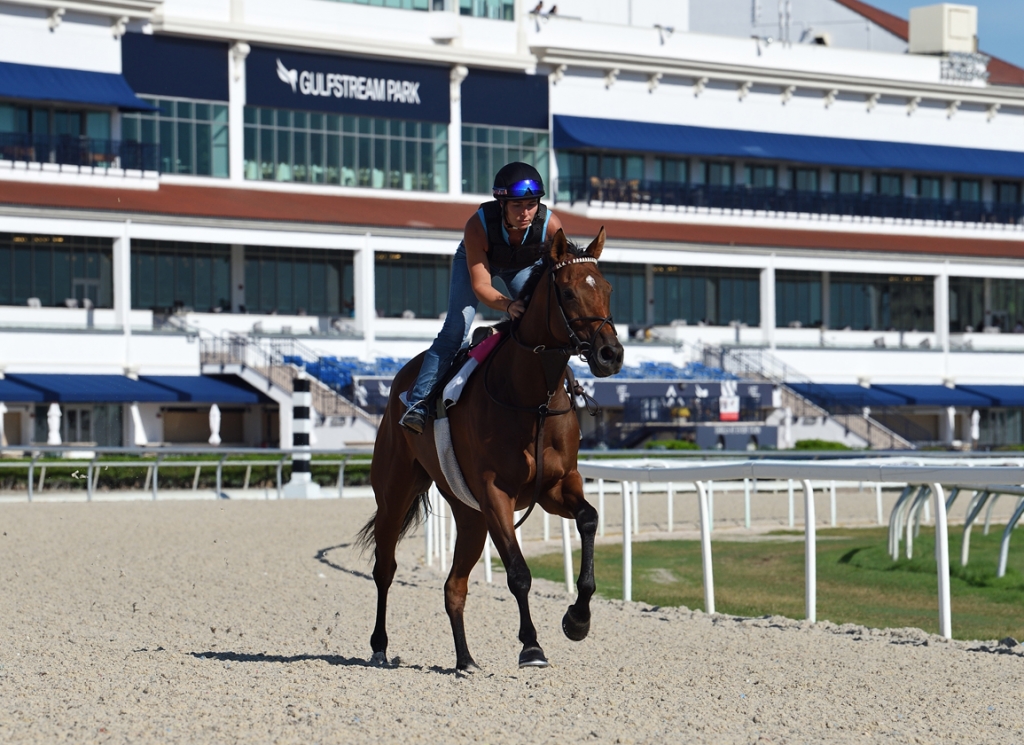 First and foremost, sure, its new Tapeta option has a supremely practical function. Most obviously it will give the grass track respite, as became essential following the final demise of Calder; and it will very quickly pay for itself, in handle, when tropical weather moves races off the turf. In the longer term, however, it will also give everyone a chance to calibrate their responses to the challenge of training Thoroughbreds in the 21st Century; to explore those gray areas, between our adamant prejudices, with the best interests of the horse in mind; while still granting the industry time to make the serving of those interests commercially sustainable. These, surely, are boons that might be profitably extended to many other racetracks.

A handful of tracks, of course, did manage to bed down synthetics successfully; but hopefully we all learned a lot from factious misadventures elsewhere. For instance, we learned how expertly such surfaces must be manufactured and maintained, especially when exposed to extremes of climate. (And, in that context, its game-changing stats suggest that Tapeta gets a lot closer than some predecessors to meeting the welfare objectives that now feel more vital than ever.) But it proved nearly as important to overcome the misapprehension that synthetics could ever serve as a direct substitute for dirt, or even as a fair compromise between dirt and turf. 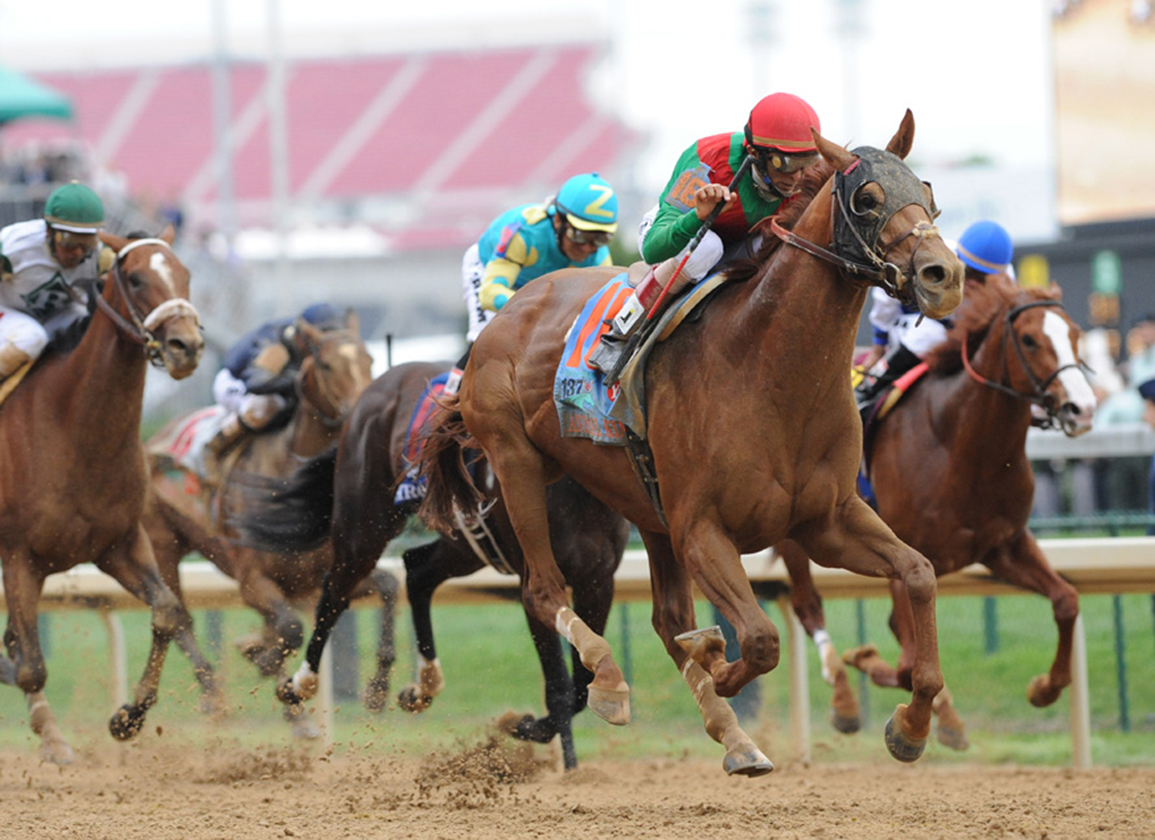 Yes, even in that brief window we did see protagonists like Animal Kingdom and Pioneerof the Nile achieving a smooth transition between surfaces. Nobody, however, could pretend that a Kentucky Derby run on synthetics would remain seamlessly the same race as the one that has accrued such a venerable history. And I think many of us learned that an equivalent heritage, in many other cherished races, deserves a lot more respect than was shown. At the same time, diehards have since been put on notice that it doesn't matter how valid and noble are the traditions of dirt racing, if tracks don't get their act together after the exemplary fashion of Santa Anita in the past couple of years.

Now nobody, as you may well have noticed, insists more tediously than me on the importance to the breed of integrating the Classic bloodlines of Europe and America; and measuring the transferability of class between their racetrack environments. But that's precisely because different disciplines draw on different genetic assets. For the full package, for the refinement and expansion of the breed's capacities, you require constant exchange.

As it is, there will be European bloodstock agents at Tattersalls next week–spending appalling amounts of other people's money–who disparage American bloodlines as excessively oriented to speed, a laughable misrepresentation of everything except their own ignorance. And there are parallel myopias in commercial breeding over here, of course, as anyone trying to stand a high-class turf stallion in Kentucky will tell you. If they are not careful, then, both camps will end up suddenly trying to salvage something of what they have discarded. Come that day, they may well find themselves sitting side by side on a plane to Japan.

Certainly it's only a matter of time before sustained Japanese investment in the kind of class that will soon dominate the breed is endorsed in Europe's greatest prize, the G1 Prix de l'Arc de Triomphe. Perhaps that landmark will be aptly achieved in its 100th running, on Sunday, when two Japanese-breds have the chance finally to end an exasperating sequence of near-misses. 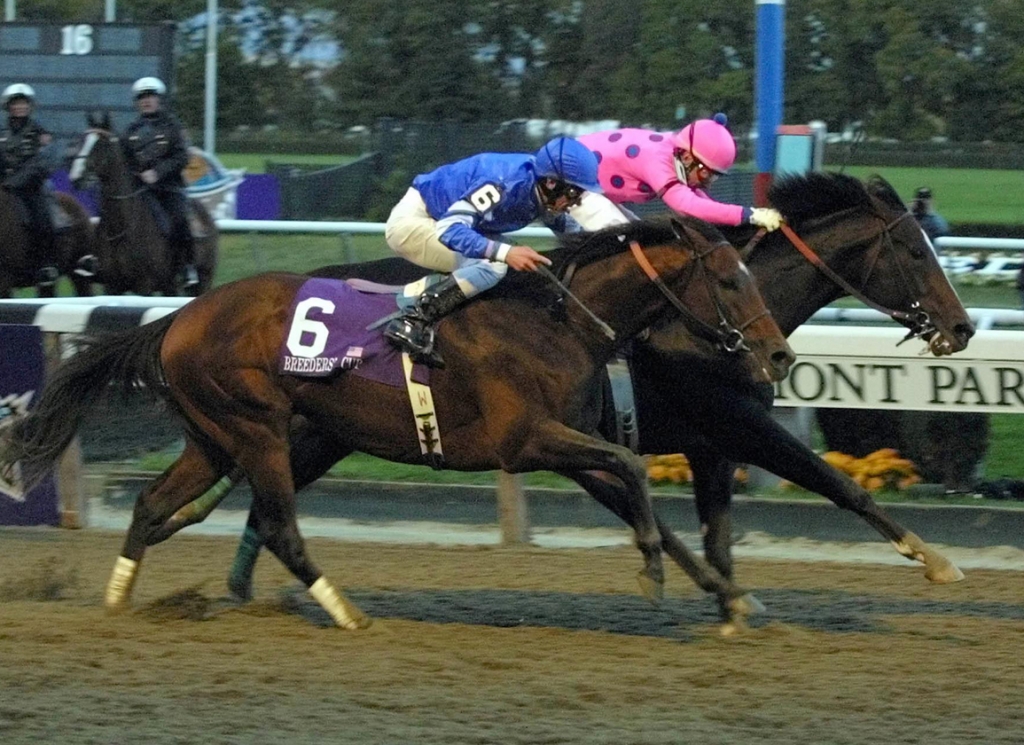 On the face of it, this race is a world apart from the Grade I prizes contested at Belmont this weekend. But don't forget how Sakhee won the Arc, by six lengths in muddy ground, just 20 days before running the dirt monster Tiznow to a nose in the GI Breeders' Cup Classic. Nor that Sakhee's dam was a Royal Ascot winner by Sadler's Wells out of a Ribot mare. Some people explained it to themselves that he had bridged the great divide simply by a congenial climate and those generous turns at Big Sandy. In reality, a track that accommodates the nine furlongs of the GI Woodward S. round a single turn does so as a showcase for the ultimate dirt asset: the ability to carry speed without respite. And that, to me, is exactly why the Woodward roll of honor features so many horses that became important influences at stud.

Gun Runner could not have made a better start, in his bid to consolidate that heritage, and is represented in the GI Champagne S. on the same card by one of his early flagships in Gunite. (No surprise, mind, to see him followed here by Wit {Practical Joke}, whose jockey consumed way too much gas in trying to retrieve a slow start at Saratoga last time.) Gun Runner, of course, is only the latest to promote Candy Ride (Arg) as a sire of sires. So let's not forget that the day John Sikura found him running a mile in 1:31 flat in Argentina, this future patriarch of American dirt was running on… grass.