Home » Archive » Shared News » This Side Up: Desert Turns Up Heat On Parched Calendar

This Side Up: Desert Turns Up Heat On Parched Calendar 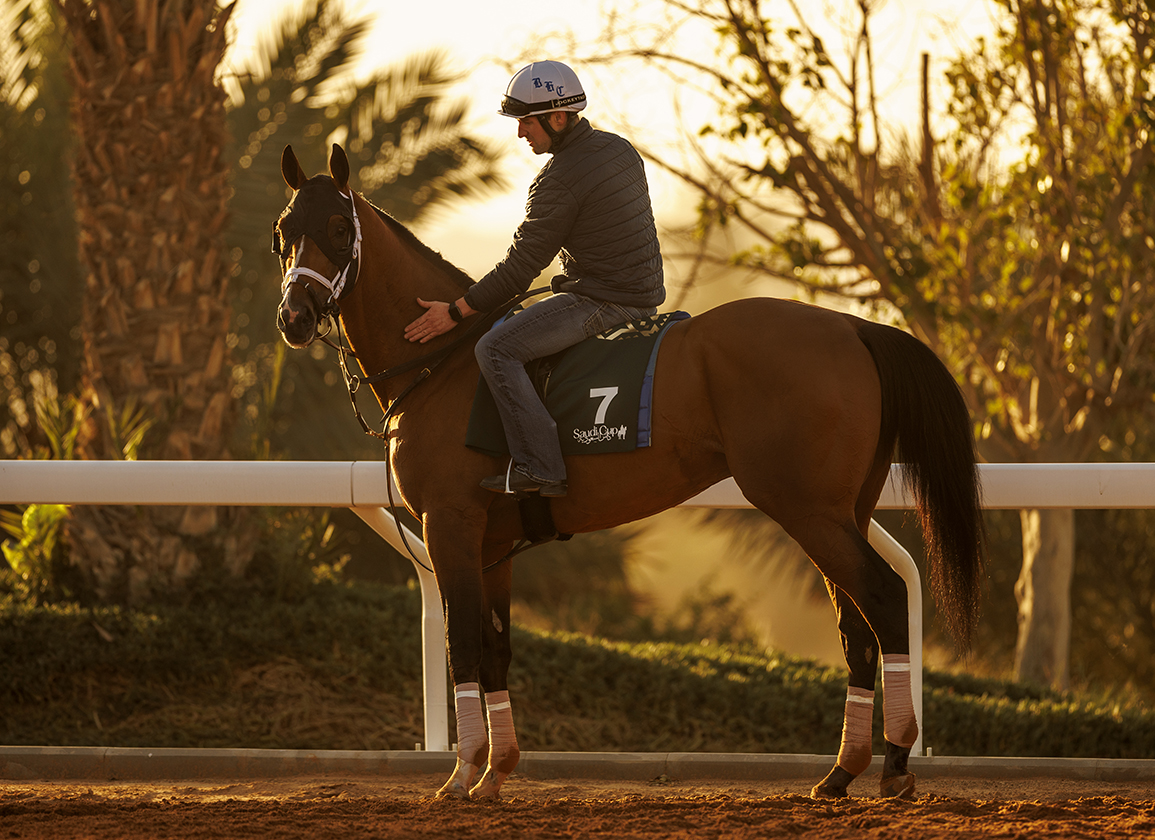 In the end, things work because they work. We try stuff, often if not always with the best intentions, and see whether it gains our trust. Lived experience, among horsemen and fans, will eventually tell us whether an experiment has failed or whether, once every generation or so, we might have struck a game-changing seam of gold. The Breeders' Cup was one such; and, who knows, maybe a similar hostility from vested interests will ultimately prove the furnace in which HISA can be forged into another.

That may seem a long way off, from both sides of the fence. But someday we'll look back and know whether or not this was a moment when enough people, recognizing the steepening gradient of viability, began to embrace the kind of duties that must accompany the privileges of a life with Thoroughbreds in 2022.

Both in terms of the cost of doing something, and the risk in doing nothing, the stakes are pretty enormous. In this era of bitter polemics, it's unsurprising that people are harnessing broader ideologies to their respective positions. As a result, however, there's a tendency to become so consumed by means that we lose sight of the ends. Things work because they work–not because they are assembled by federal factories or state artisans.

One good example is the piecemeal evolution, over the years, of the racing calendar. In my homeland of England, what has come to feel like a sacrosanct cycle actually obeys the social routine of Victorian aristocracy: Royal Ascot dovetailed with the London “season” of debutantes' balls; the imminent garden party of Goodwood is followed, just down the road, by the Cowes sailing regatta; while the Ebor and St Leger meetings at York and Doncaster were sited conveniently for grouse shoots on the northern moors. In the same way, Saratoga only became the addictive ritual it is today because the capitalist barons had found sanctuary, at an upstate spa, from the broiling city summer.

These have become cherished staging posts in our sporting year by achieving an organic connection not just with us, but also with each other. In its understated way, for instance, you could say that last weekend's GIII Ohio Derby embarked us on the second half of the sophomore campaign. Regrouping Classic protagonists like Zandon (Upstart) and latecomers like Jack Christopher (Munnings) will soon be converging along such roads as the one leading through the GII Jim Dandy and GI Travers.

This schedule has matured in the habits of professionals and public alike. And I have yet to hear anything remotely coherent, among those who renewed their tiresome complaints about the Triple Crown schedule because a freak Derby winner did not risk exposure in the Preakness, about how they would avoid instead butting right into races like the GI Haskell. If you stretch out the Triple Crown, you instead create a logjam in these barely less storied races, which allow both precocious and later-developing sophomores to circle back together.

And, actually, what we see this weekend shows us what happens when you start pulling at the ball of wool. Because two of the biggest names around, both sons of Into Mischief, resume Saturday after a prolonged absence occasioned by pursuit of the winter riches nowadays available in faraway deserts.

His disappointing performance in the G1 Saudi Cup leaves Mandaloun still in the curious position of having two Grade I wins on his resumé without ever passing the post first in a Grade I race. It has also required him to take a long break before the GII Stephen Foster S., a likely stepping stone to the GI Whitney–in which race he might well encounter Life Is Good, who has similarly been stuck in the workshop since his derailment in the G1 Dubai World Cup, and now resurfaces in the GII John A. Nerud S.

Now nobody could sensibly object to the growth of international racing, a transparent boon to our sport. But the people putting up these huge prizes halfway round the world, in what always used to be a period of rest and recuperation for elite American horses, plainly have an agenda of their own. And we've seen the dismal consequences for some of those venerable spring races in California, in particular.

Everybody is perfectly within their rights to go after all that eye-watering desert bounty. But let's not lose sight of the connection between the welfare protocols at Santa Anita, which we celebrated last week, and the competence of the breed to service the program. Because we will not be meeting the standards we inherited from our predecessors, if modern champions are either campaigned like Flightline (Tapit), who is being widely credited with “greatness” after racing for an aggregate 5 minutes and 12 seconds; or disappear to the desert in the winter, then needing months to recover before tentatively contesting only a couple of races before the Breeders' Cup. (That's if they recover at all: Arrogate, for instance, plainly reached the bottom of the barrel in Dubai.) 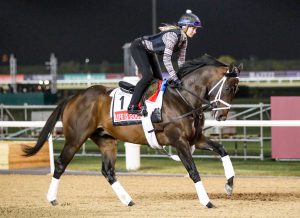 Arguably all those dirhams caused Life Is Good to overreach, in terms of his stamina potential, earlier than would have been the case had he stayed home for a campaign that reserved that test for the Breeders' Cup. One way or another, a single performance in Dubai has prompted a pretty abrupt relegation, by most observers, below Flightline. For now, however, I'd resist the idea that Speaker's Corner (Street Sense) will offer Life Is Good a reliable line on the relative merit of Flightline. For Speaker's Corner to be rolling up his sleeves again, just three weeks after meeting that horse in the GI Met Mile, suggests that he can't possibly have left everything out on the track that day.

Two races in three weeks! Whatever next? And both against authentic monsters, in an era where the graded stakes program has become so diluted that you really have to go looking for trouble to find it.

To all the familiar reasons for that syndrome–the foal crop, the super-trainers, the training in cotton wool–we must add the fact that many of our very best horses are taken right out of the game, for several months, by a shattering winter migration.

There's nothing inherently wrong with these desert races. On the contrary, they provide a fascinating melting pot. They're bringing together horses from radically different racing environments, arguably more successfully than the Breeders' Cup or Royal Ascot. Being wholly extraneous, however, they are unraveling a domestic calendar that had over the decades achieved a wonderful national coherence and dynamism from the accretion of local habits and loyalties.

We're seeing now, in a different context, how very hard it is to try and do something like that overnight. We can't turn back the clock on international racing, and nor should we want to–any more than we should stem the tide of progress with HISA. But we should remember that the pageant woven by so many generations past, in the domestic calendar, isn't just a cultural heritage. It is a parallel legacy to that of the breed itself, as a trusted means of testing its physical competence.

We have to retrieve that functionality: streamline racing capacity, in terms of the program; and expand equine capacity, whether as breeders or trainers or both. Otherwise the horses we send out to the desert will bring back with them a drought to wither some of the Turf's most fertile acres.

This story was posted in Shared News and tagged Breeders' Cup, Chris McGrath, Dubai World Cup, Flightline, Life Is Good, Mandaloun, Saudi Cup, This Side Up.