They Ran a Lasix Free Breeders' Cup…And Nothing Happened 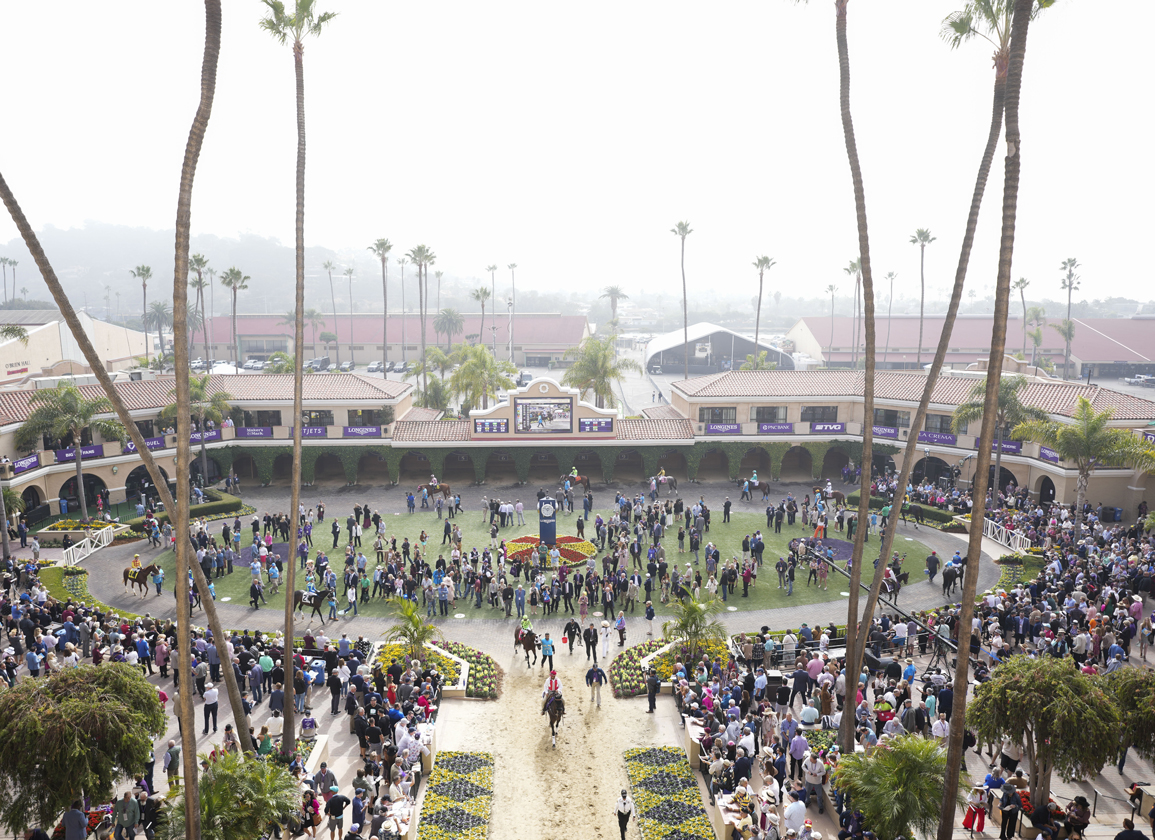 The biggest story when it comes to the ban of Lasix in the Breeders' Cup is that there was no story. It was, simply, a non-factor.

A total of 148 horses competed in this year's Breeders' Cup, all of them running Lasix-free. There were no reports of any horses being in distress or bleeding from the nostrils. I did not hear of one trainer blaming a defeat on the ban of the diuretic. Nor did I hear of or read about any trainers saying they were passing the Breeders' Cup because Lasix wasn't being allowed.

And there was a record handle, so, clearly the bettors weren't reluctant to play races without Lasix.

Dr. Jeff Blea, the equine medical director for the California Horse Racing Board, said that he hadn't seen any signs of serious or obvious problems.

“There was no informal data collected to evaluate EIPH in horses that ran on Friday and Saturday,” he said in an email.  “Anecdotally, I had surveyed several of the local attending veterinarians to get an understanding of what they were seeing endoscopically, specifically horses that bled a grade 3 or 4. I'm still waiting on responses from two practitioners, but it doesn't appear that it was a significant problem.

“One practitioner commented that grade 3/4 was noted in less than 10% of the horses he scoped. That said, I don't know his denominator. Others commented that they were surprised that they didn't observe severe episodes of EIPH. Furthermore, to my knowledge, I am not aware of any incidents of epistaxis on those two days.”

What happened to all the dire prognostications, that horsemen would suffer irreparable injury if the drug were taken away from them? That innumerable horses would no longer be able to race without it? That horses would bleed through the nostrils in full view of a horrified public? That it is inhumane to force horses to race without Lasix?

None of that has been proven to be true.

Lasix was banned on 2-year-olds in many jurisdictions in 2020. This year, it was also banned in graded stakes races at most of the top tier tracks. This year's Triple Crown was also contested Lasix-free, also without any problems. There is not much available so far in the way of data regarding how horses fared without Lasix, but, just as was the case with the Breeders' Cup, the number of serious problems appear to have been minimal. The sport simply adjusted and moved on.

By the time we got to the Breeders' Cup, the Lasix debate, once among the most controversial subjects in the game, had turned into a non-issue. Probably a lot of you never even took it into account that this Breeders' Cup would be contested without the diuretic. That's because the results of this year's Lasix-free races have proved that taking it away is, well, no big deal.

That's just it. Is Lasix really necessary? Trainers no longer give it just to bleeders but to every horse in their barn. It became a matter of not preventing bleeding but not allowing the competition to have an edge on you.

Racing is conducted everywhere else in the world without it and American racing had done just fine without it for one-hundred-plus years before its use became widespread in the 80s.

So why allow it? It's been evident for a long time that U.S. racing is too dependant on drugs, which has created an image problem for an industry that keeps on having to prove that it is on the level and that it is safe.

But my biggest problem with Lasix is that there is credible evidence that it is a major factor when it comes to why horses race so infrequently these days. In 1970, before Lasix had permeated racing's landscape, the average number of starts per runner per year was 10.22. It's now down to about 6.15.

The slide in the number of average starters per year began just about the same time that Lasix started being legalized across the country. That's not surprising since Lasix's is a diuretic that acts to dehydrate horses. When dehydrated, a race takes something extra out of a horse and they need more time to recover. That's just common sense.

That's anecdotal evidence that Lasix has contributed to a situation where we have the most unhealthy, least durable collection of horses ever seen in modern times.

The good news is that there are more changes on the horizon. When the Horseracing Safety and Integrity Act (HISA) goes into effect, the clock will start ticking on the drug. Under HISA, a racing commission that wants to prolong Lasix use can do so for three years. After the three-year period, a unanimous vote from HISA would be needed to continue the legal use of the drug. It's on its way out.

Yes, the sport has many problems that are a lot more serious than the use of Lasix. We've seen that with the rash of breakdowns at Santa Anita in 2019 and the 2020 indictments of trainers Jason Servis, Jorge Navarro and others on charges that they were using performance-enhancing drugs. That doesn't mean that the sport can't assess each issue independently and act. Getting rid of Lasix won't solve all the drug issues, but it's a step in the right direction and the right thing to do.

And horsemen, those who were predicting doomsday scenarios, can relax. They will do just fine without the drug. This year's Breeders' Cup proved just that.