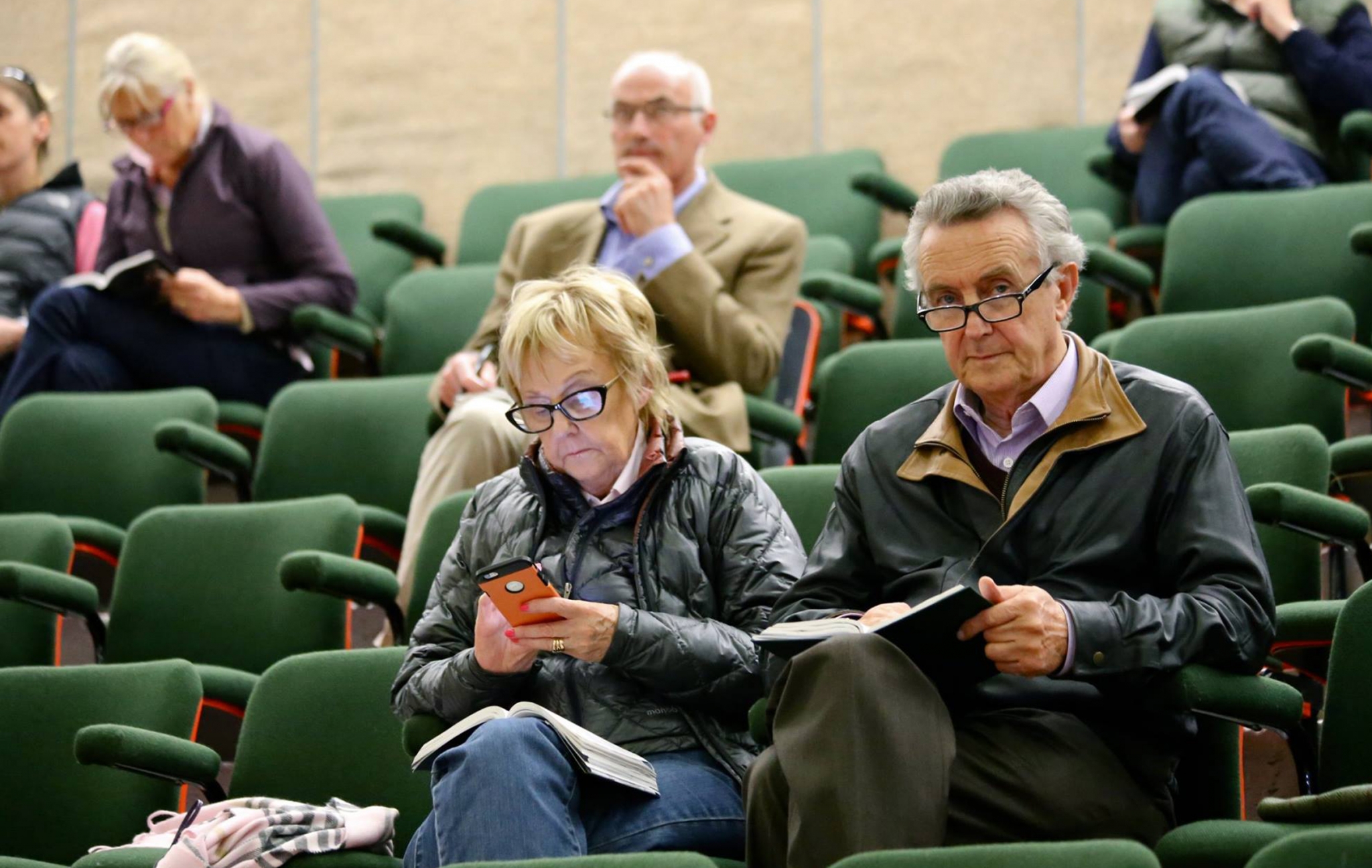 It seems harsh, when the British and Irish Classics have so far have been split two apiece between Jim Bolger and Aidan O'Brien, to suggest that this season is all about Bolger. But, let's face it, it is.

Plenty has been written about Poetic Flare (Ire) (Dawn Approach {Ire}) and Mac Swiney (Ire) (New Approach {Ire}) and the fact that both sides of their families are very much ingrained in the Bolger breeding and training academy. What is equally admirable, especially in the case of Mac Swiney, is the fact that they are being rigorously campaigned. The trainer has already confirmed that the Irish 2000 Guineas winner is now on course for Epsom in an attempt to emulate both his sire and grandsire in the race that many people still consider to be the greatest of them all. Surprisingly, the master breeder Jim Bolger is not one of them.

Following Poetic Flare's triumph at Newmarket, Bolger declared that he believed the 2000 Guineas to be the most important race. That said, he surely will not mind if Mac Swiney delivers a second Derby victory for him, 13 years after New Approach became the first of six Derby winners for Galileo.

It is worth rewatching Galileo's own Derby triumph 20 years ago to be reminded how the relatively small horse with the massive stride skated round Tattenham Corner and scooted clear in the straight.

In an interview with TDN earlier this year, Aidan O'Brien reflected on the racing days of Europe's multiple champion sire, who gave him his first Derby victory, recalling how those connected with Galileo at Coolmore had a high opinion of him even as a yearling.

“He didn't walk, he prowled, ” O'Brien said. “His walking stride was so long and there was so much power from his front and back, so I suppose the lads had him as a king before he came here.”

He has more than justified that belief, both on the racecourse and at stud, and Galileo has in no small way played a significant part in the training careers of both Bolger and his protege O'Brien.

The latter has eight of the remaining Derby entries, Bolger has just one, Mac Swiney, the horse who could become the first Derby winner to be inbred to Galileo, through Bolger's two champion juveniles New Approach and Teofilo (Ire). Furthermore, as breeder, Bolger has another roll of the dice via the Mark Johnston-trained Gear Up (Ire), a son of Teofilo.

For all his success, which includes wins in the G2 Beresford S., G1 Vertem Futurity and now the Irish 2000 Guineas, the mud-loving Mac Swiney has never started favourite and remains perhaps under-rated. Following the coldest, wettest English May in living memory, it would be folly to overlook the neat, tenacious colt at Epsom on the first Saturday of June. Destiny calls.

Gold For Japan In Rome

Chantilly-based Satoshi Kobayashi has had seven winners in France so far this year but it was in Italy on Sunday that he recorded the biggest success of his career to date. The trainer sent the Teruya Yoshida homebred Tokyo Gold (Fr) (Kendargent {Fr}) to Capannelle for an easy four-length victory in 138th running of the Derby Italiano, which was downgraded to Group 2 status in 2009.

Tokyo Gold is the first Classic winner for his sire Kendargent, and his third group winner this year after the likeable Skalleti (Fr) and his full-brother Skazino (Fr). The latter claimed his second group victory of the season when winning the G2 Prix Vicomtesse Vigier at ParisLongchamp on Monday.

Now 18, Kendargent is having a fruitful season in France and is numerically the most successful sire with 38 winners as well as the Nicolas Caullery-trained Kennella (Fr), who was third in the G1 Poule d'Essai des Pouliches. The Haras de Colleville stallion's reputation is also being enhanced by his son and stablemate Goken (Fr), who was leading first-season sire and leading sire of 2-year-olds in France last year, with 15 winners from just 33 runners, including the group winners Go Athletico (Fr) and Livachope (Fr).

Yoshida, owner of Japan's famous Shadai Farm, has a notably international outlook when it comes to selecting broodmares, and his support extends to to a number of leading French sires, including Le Havre (Ire) who is the sire of the latest foal for Arc winner Dandedream (Ger) (Lomitas {GB}). The 13-year-old mare foaled a filly by the Sumbe stallion last Wednesday in Japan.

Yoshida also bought Le Havre's Classic-winning daughters La Cressonniere (Fr) and Avenir Certain (Fr). The latter has been represented by two winners this season in her two daughters by Deep Impact (Jpn), the G2 Hanshin Himba S winner Dea Ailes (Jpn), and 3-year-old Honneur (Jpn), who are sadly her only offspring as she died after being covered by Deep Impact in 2018.

La Cressonniere visited Shalaa (Ire) and Golden Horn (GB) in Europe and is now in Japan, where she had a colt last year by Epiphaneia (Jpn) before being covered by his fellow Shadai stallion Lord Kanaloa (Jpn).

Carvalho Has Classic Double In Sight

It has been a successful couple of days for the French-born, German-based trainer Jean-Pierre Carvalho, who won Monday's G2 Mehl-Mulhens-Rennen (German 2000 Guineas) with Mythico (Ger), another promising 3-year-old for the recently deceased Adlerflug (Ger).

On Sunday, Carvalho, a former private trainer at Gestut Schlenderhan, saddled Sea Of Sands (Ger) (Sea The Stars {Ire}) to win the G3 Derby Trial at Hoppegarten for owner/breeder Gestut Hony-Hof, an operation we will be covering in greater detail in Wednesday's TDN.

Sea Of Sands represents a family which has had an enormous impact on the German Classics over the last two decades. His grandam Salve Regina (Ger) (Monsun Ger) won the G1 Preis der Diana for Hony-Hof's owner Manfred Hellwig and was second in the G1 Deutsches Derby in 2002, two years after her full-brother Samum (Ger) had won the Derby at Hamburg. In 2005, another full-brother Schiaparelli (Ger) followed suit, and three years later Samum's son Kamsin (Ger) won the Derby en route to becoming German champion 3-year-old. The run continued with the 2014 winner, Sea The Moon (Ger), a son of Sea The Stars and the unraced Sanwa (Ger), another full-sibling to Salve Regina. Now a successful sire in his own right at Lanwades Stud, Sea The Moon is thus very similarly bred to Sea Of Sands, who is now co-favourite for this year's Deutsches Derby on July 4.

For the current second-crop sires, what happens this year on the racecourse is arguably so much more important than the results from their first 2-year-old runners.

Mehmas (Ire), who made a frankly staggering start to his stud career last year with a record 56 winners, looks to be making that important transition with his 3-year-olds and is also compiling an international profile. The Tally-Ho Stud resident has so far had only four runners in America but three of them have won, including the treble Grade III victrix and appropriately named Going Global (Ire), who has now won all four of her American starts.

The G3 One Thousand Guineas Trial winner Keeper Of Time (Ire) has recently been sold to race in America and will surely add to her good record across the Atlantic, as has been the case for Tetragonal (Ire), a first-time-out winner for Hugo Palmer last year who won for Richard Baltas on Saturday at Santa Anita on the same card as Going Global.

One second-crop European sire we've heard much less about is Protectionist (Ger), but that may soon change. For a start, he is the only one in the table who boasts a strike rate of 11% group winners to runners. The final son of Monsun (Ger) at stud in Germany, Protectionist has large shoes to fill but, from only 18 starters this year, he has been represented by two group winners. The first, Lambo (Ger), won the G3 Bavarian Classic on May 1, beating subsequent G2 Derby Trial winner Sea Of Sands, before finishing third in Monday's G2 Prix Hocquart at ParisLongchamp.

Protectionist also looks to have a genuine contender for the G1 Preis der Diana on Aug. 1 in Amazing Grace (Ger), winner of Sunday's G2 Diana Trial for owner/breeder Dr Christoph Berglar, who also bred her sire. His son Liban, a winner at Cologne in April, also holds a Derby entry.

The winner of the G1 Melbourne Cup and G1 Grosser Preis von Berlin, Protectionist, in common with most German sires, has covered relatively small books and had 44 foals in his first crop, followed by 36 in 2019. However, he has the advantage of standing at Gestut Rottgen, which has supported him with members of its own powerful broodmare band, including Wellenspiel (Ger) (Sternkoenig {Ger}), the dam of consecutive Deutsches Derby winners Windstoss (Ger) (Shirocco {Ger}) and Weltstar (Ger) (Soldier Hollow {GB}). Furthermore, Protectionist's owners Australian Bloodstock have not only supported him with mares but have also bought his yearlings in Germany, and Lambo now races in their colours.

Two of Protectionist's offspring, a filly from his first and second crops respectively, have already been exported to Australia and it is fair to expect that more will follow.

In the meantime, Protectionist is very much a stallion to follow with interest in Europe.

It seems as if almost every British race meeting has at least one Amo Racing runner these days, and Kia Joorabchian's operation looks set to be well represented at Royal Ascot.

The latest to have advertised strong claims for a trip to the Berkshire course in mid-June was Monday's impressive Wolverhampton winner Hello You (Ire) (Invincible Spirit {Ire}), who trounced her rivals by six and a half lengths in one of the most impressive juvenile performances of the season to date. Trained by Ralph Beckett, she was a €350,000 purchase by Robson Aguiar at last year's Arqana Select Sale from her breeder Serge Boucheron.

Hello You's win on debut brought up 18 for the season for Amo Racing, which equalled their tally of winners for the whole of 2020. This followed victories on Saturday for Raadobarg (Ire) (Night Of Thunder {Ire}), who completed a treble at Haydock, and Beautiful Sunshine (GB) (Ardad {Ire}), who struck for the second time at Sandown on Thursday and is likely to return there this week for the listed National S.