Home » Archive » Shared News » The Week in Review: Walker Hancock's Voice is One That Cannot Be Ignored

The Week in Review: Walker Hancock's Voice is One That Cannot Be Ignored 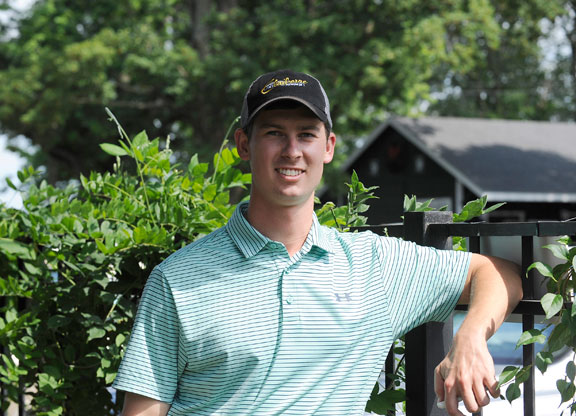 As so often happens when a subject is so controversial, contentious and so important, people take sides and then the rhetoric, and even nastiness, gets to the point that people are more concerned about slinging arrows than having sensible and meaningful debate. In the age of social media, it's worse now than ever. That has been the case throughout the Santa Anita situation, and it reached a fever pitch when The Stronach Group called for many new regulations, including the banning of Lasix and the use of the whip.

There are a lot of people you may want to tune out, but, especially in light of still another fatality at Santa Anita Sunday, Walker Hancock is not one of them.

Walker Hancock is the President of Claiborne Farm. He is smart, sensible, influential, picks his words carefully. He's not angry. He is not a saber-rattler. Most importantly, he is a mere 29 years-old, a millennial in an industry where most leaders are considerably older and products of another era.

So of all the things written last week on social media, perhaps none were more significant and worth paying attention to than a tweet Hancock wrote that read: “We can all debate whether we should validate and cave to PETA, but one thing every one needs to keep in mind is it only takes 600,000 signatures to get a measure on the ballot to eliminate horse racing in California and PETA has over 700,000 members living in the state.”

It would have been a lot easier for him to keep his mouth shut and stay out of the way, but he didn't do so because he cares deeply about the industry and the legacy of Claiborne Farm.

Hancock's age is a critical part of his story. There may be no other person with such influence in the industry that associates with people 30 and under, particularly younger people that are not part of the sport or what The Stronach Group's Tim Ritvo has come to call “the bubble.”

“With my friends who are not involved in racing or weren't born into it, it is a challenge,” Hancock said. “They don't understand things. They have a perception that horses are whipped and they use medication to help them run. It is not a healthy mind set for people to have on our sport. The perception is not favorable with the general public. For us to grow and sustain our industry, we need to listen to the general public. Right now, we are at a critical time, where they could turn their backs to us. It's important that we are more open than maybe we once were or are.”

Hancock said he received both favorable and unfavorable comments from people after he posted his tweet. He would like people to know that he was not coming out in support of PETA and, like most people in horse racing, is no fan of that particular animal rights group.

“After my post, people thought I was taking the side of PETA,” he said. “I didn't intend to at all. I don't like PETA. But I know they can be a dangerous organization. It's almost like they have mob power, whether that's fair or not. I also understand that they can very easily get a campaign together and if they really wanted to, I feel they have enough power to eliminate horse racing. I wanted to bring people's attention to the real possibility there is of them mounting a campaign to ban racing. Like it or not, you have to take them seriously.

“This is certainly an emotional time for me. I'm fourth generation here and I want my children to have the opportunity to keep this going. I think it is very important that we take the steps to make sure this industry is around in the future.”

And there you have it, a voice of reason.

What Will Belinda Stronach Do Next?

Belinda Stronach sure proved to be a worthy adversary for those who opposed her series of reforms. She also should have put an end to what has been rumored within the industry, that she wants to sell Santa Anita to property developers. With what she had to go through over the last month or so, the easiest way out would have been to say, “I don't need this,” and put for-sale signs outside the track. The property is obviously worth a fortune, much more as housing or a shopping center than as a racetrack. She proved throughout this fight that she, like her father, Frank, is committed to the sport.

We know how determined she is to correct what she sees as wrongs within racing and she knows that most of the same rules she fought to end in California remain at The Stronach Group's (TSG) racetracks in Maryland, Florida and Oregon. She has also said those states are her next targets.

Not that what she accomplished in California was easy, but it will likely be even harder in Florida and Maryland. The advantage TSG had in California is that racing there is on an island and horsemen have virtually no other options when it comes to places to race. The trainers have homes there, their kids may go to schools in local communities, they have established their reputations on the Southern California circuit and have local owners who employ them. They're not going to pick up and move to Turf Paradise.

The exact opposite is true in Maryland. If Laurel and Pimlico were to phase out Lasix and enact all the other restrictions on medications that were put in at Santa Anita and Golden Gate, the horsemen there would have a lot more leverage. They can just move down the road to Parx or Delaware or Monmouth without a huge disruption of their lives. If they were to try to go it alone in the Mid-Atlantic region without Lasix, it's hard to imagine how they could fills cards at Laurel and Pimlico.

Gulfstream wouldn't be easy, either. The regulars who stay year-round may not go anywhere, but what about the big stables that come south for the championship meet? They, too, have choices. Aside from their grass horses, they could stay in New York for the winter. The Fair Grounds and Oaklawn are other options. Some might even chose Tampa Bay Downs.

If the Stronach reforms are going to spread beyond California, it probably won't happen unless at least one other major racing state or organization joins their cause. Keep an eye on NYRA. Gov. Andrew Cuomo is not a big fan of the sport and he was very involved when there was a rash of breakdowns years ago at Aqueduct. You can bet he's been watching what has been happening in California and it wouldn't be a shock if he were to ignite efforts for the same reforms in New York.