Home » Archive » Shared News » The Week in Review: So, What Would It Take to Appease Animal Rights Activists?

The Week in Review: So, What Would It Take to Appease Animal Rights Activists? 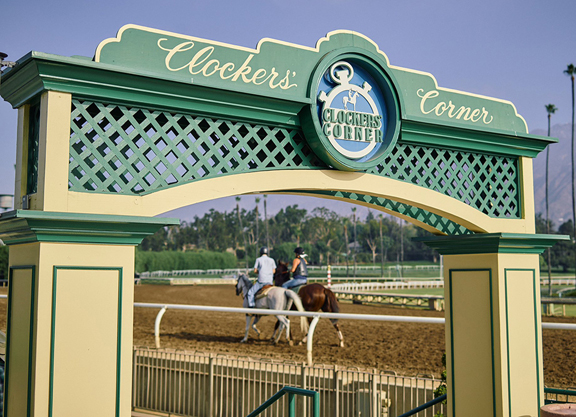 On Monday, U.S. Senator Dianne Feinstein called for a moratorium on horse racing at Santa Anita, as well as the need for a “thorough investigation of practices and conditions” in the sport. The Democratic Senator from California does not have the power to close racing at Santa Anita, but her voice is a powerful and influential one and her latest statement further tightened the noose around Santa Anita's neck.

Not that everyone, be they a politician, an animal rights activist, an owner, trainer, even a $2 bettor, should not want horse racing to be as safe as possible for the equine athletes, but the timing of her assault on the sport was not fair. It was also a sign that this issue is just not going to go away easily. Not when Santa Anita has done so much to turn the corner and so few horses have broken down since the initial rash of fatalities.

And at least one of the accusations she leveled was preposterous. She implied that the over-racing of horses may be part of the problem. Someone on her staff should have told her that in the long history of the sport, horses have, as a whole, never raced so infrequently.

Under the leadership of The Stronach Group, Santa Anita has taken strides to make the sport as safe as possible that are unprecedented. After many of the steps were implemented following the deaths of 23 horses, Santa Anita went six weeks without a single fatality, during which time horses either raced, worked or trained around 50,000 times at the Southern California track.

Just as the furor was starting to die down, three more horses died within a recent nine-day period. Feinstein had already called for racing to be suspended in April during the height of the hysteria over the 23 fatal breakdowns that began with the start of the meet. She reacted again after the three latest deaths and PETA followed up with a press release calling for the suspension of racing nationwide “until every racing jurisdiction matches or surpasses what California has done.” PETA also chose to go after New York, claiming that 15 horses had died at New York tracks so far this year.

The period during which the 23 horses died was among the ugliest in racing history, and, to this date, no one has really put their finger on just what caused this to happen. The best guess is that an unusually rainy period caused havoc with the track and made it unsafe. Santa Anita management did the right thing and has said that should there ever again be a situation where the amount of rain is comparable to what it was last winter, it will simply close until the track has had a chance to right itself.

That's why this Santa Anita meet has to be looked at as two separate meets, the before and the after. The before period covers opening day, Dec. 26 until Mar. 8. Afterward, Santa Anita shut down for 21 days and management did everything within its power to correct the problem. The after period began Mar. 29 when Santa Anita re-opened. Since, three horses have broken down, and two of the three fatalities occurred due to problems that were out of the ordinary–not ones related to a horse breaking a leg during training and racing.

That means that over a 55-day period, three horses have died at Santa Anita.

Unfortunately, that number is not at all out of the ordinary. In a sport where fatalities are unavoidable, since Mar. 29 Santa Anita, by any measure, simply has not been an unsafe racetrack.

All of which begs the question: What do PETA and other animal rights activists want? If it is for racing to follow, or even go beyond the protocols, that The Stronach Group has implemented and racing follows suit, then a cease fire is possible. But everyone in racing should be worried that even that won't be enough. You can bring back synthetic tracks, ban every drug under the sun, get rid of whips, kick out every trainer who doesn't give their horses the very best care possible or is believed to use performance-enhancing drugs and still horses will die. That's the cold, harsh reality of horse racing.

Can the animal rights community accept that? Is one death one too many, and, to them, reason why horse racing should be banned nationwide? If so, racing may well be mired in a fight it cannot win.

People in horse racing love to hate PETA, and PETA often gives them good reason to do so (e.g. blaming jockey Gabriel Saez for the breakdown of Eight Belles in the GI Kentucky Derby). But for a group that so many have labeled as out-of-control radicals, its reaction to the Santa Anita situation has been somewhat subdued.

I asked PETA Senior Vice President Kathy Guillermo what her organization does and does not find tolerable and this was her answer: “That's a complicated question. I don't accept, first of all, that it's proven that horses will die no matter what. First of all, horses die, humans die, all animals die, I get that and that's going to happen in any endeavor where horses are used. But I don't think that nearly enough has been done to know whether or not we can get that fatality rate down to zero. At the very least, everybody should be trying to get there and doing everything possible.”

And what if every track in the U.S. got as serious about safety issues as Santa Anita has?

“I look at what Santa Anita has done, they had that six weeks after they implemented the first rules,” she said. “We felt those rules were fantastic but not strong enough. We think there is more that can be done and we're working with them on that right now and with the California Horse Racing Board. So, I think more can be done. They had those six weeks with no problems, and then they had some odd things that came up. They weren't really odd, it's just that the rules weren't yet strong enough to deal with those things that had happened, so they strengthened the rules again.”

But does the number have to be zero?

“I want to see racing try to get to zero, and then we'll see,” Guillermo said. “We'll see how close they get. That's certainly our goal and it should be that. If it can't be done, then we'll look at what the situation is then, but we aren't anywhere near that now.”

That is a cryptically uncomfortable answer. But, at the very least, Guillermo has said that PETA's primary focus right now is only on getting all tracks to adopt the strictest safety standards and protocols possible.

The good news is that PETA, itself, does not intend to get a measure on the California ballot to ban horse racing.

Yet, Guillermo said that there are other animal rights forces out there that might just be inclined to get a racing ban on the ballot. Does she hear any rumblings that outside groups with deep-pocketed donors might be interested in this ballot initiative?

“The reason it keeps coming up is that the organization we've been working with on the legislative end is a group called Social Compassion and Legislation,” she said. “They work on animal issues in the California legislation mostly to do with burn testing and things like that. They became involved in the horse racing issue because they have donors who are billionaires who are concerned. So, there are people who float this idea who might do it. I do hear rumblings [regarding a ballot initiative]. I do hear that all the time. I haven't heard that anyone has a plan under way right now. There is a wait-and-see, what-is-going-to-happen next attitude.”

What is going to happen next? This is a sport that has a U.S. Senator (Feinstein), a U.S. Congresswomen (Judy Chu), the Governor of California (Gavin Newsom) and the entire animal rights community on its back and watching its every move. To ignore them and their demands for serious reform would be foolish, if not suicidal.

The Santa Anita meet does not end until June 23. The sport would have to be very lucky for there not to be at least one more fatality at that track between now and closing day. Let's hope it doesn't happen, but what if it does? What happens if there are three or four?

Will the “other side” realize that is a sad and unfortunate part of a sport that is steeped in history, is an economic engine that provides tens of thousands of jobs across the country and that the vast majority of racehorses are pampered and beloved by their owners and trainers? Will it accept that if serious efforts to make the sport as safe as possible are undertaken, racing has earned the right to carry on and vow to continue to make the sport as safe as possible? Or will it say no sport in which any animals die for the pleasure and economic benefit of human beings is acceptable? And will the voting public agree?

That question is inevitably going to be answered. Hold your breath.