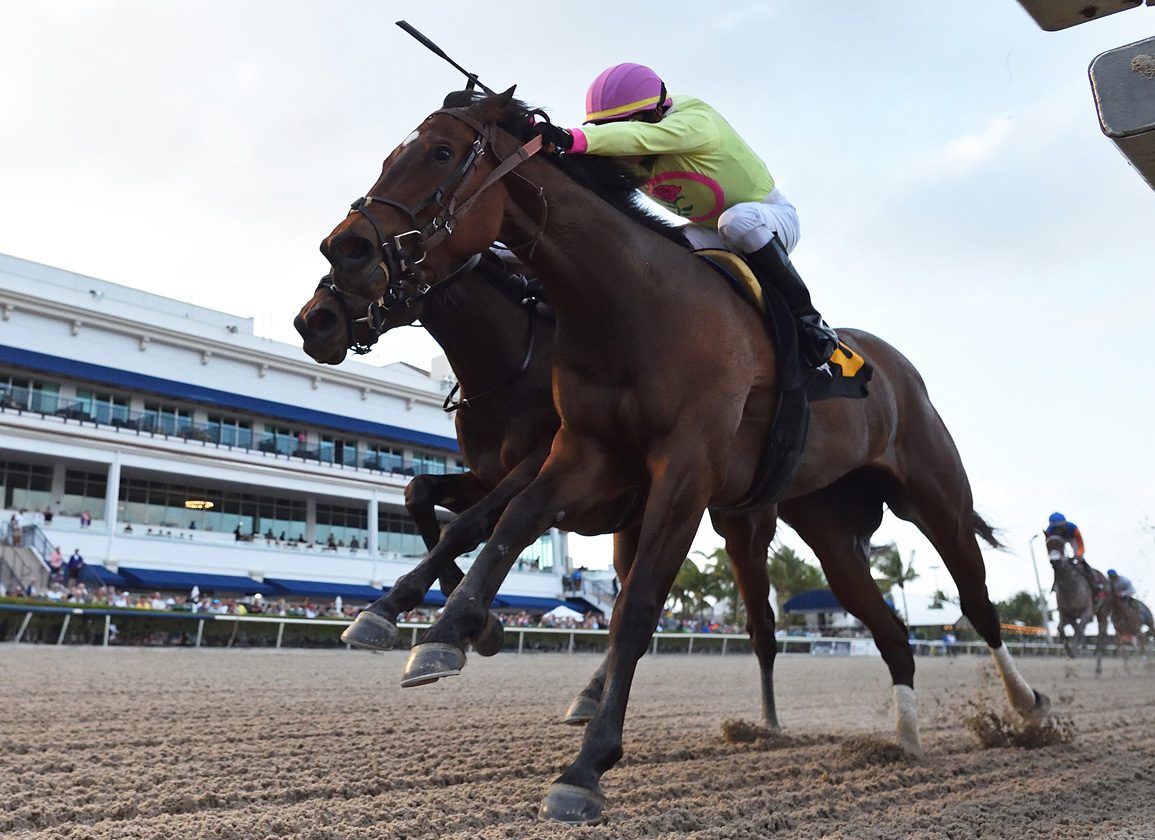 Florida horse country is near synonymous with yearlings, training farms, and the promise a young horse brings to the legions of supporters behind it. With hotly contested claims as to who exactly holds the title of 'Horse Capital of the World', diehard Lexingtonians more than willing to defend their claims to the ends of time, some tend to get too caught up in splitting hairs. Regional markets can, and do play, a prominent role in building dynasties. They provide a foundation without which the industry could not stand; at least, not on sure footing.

One could start listing off famous Kentucky-breds and run out of daylight before the list ended; such is the privilege of the Bluegrass state. However, Florida lays claim to its own slices of history, and most notably, perhaps, would be their impact not just on pedigrees but on track annuals as well. Horses like 'The Good Doctor', Dr. Fager; the unfortunately infamous Foolish Pleasure; Triple Crown hero Affirmed; 14-length Belmont winner Conquistador Cielo; the feisty Gate Dancer; sire of sires Fappiano, and his son Unbridled, without whom we have no Empire Maker, no Unbridled's Song, no Tapit; fan-favorite, Derby hero Silver Charm; big, grey Skip Away; and Afleet Alex, brought to his knees in the Preakness only to regain his footing and win by daylight. These are but a select few examples, which serve as a reminder of the long-ranging impact on Kentucky breeding programs.

A modern version of events is playing out now in part through Hot Peppers (Khozan), who looks to add her name to that illustrious collection of 'influencers', if you will. She's a testament to the dedication of breeders like Brent and Crystal Fernung, who together own and operate Journeyman Stallions. The former experienced great early success in the stallion management sphere; Congrats and Wildcat Heir both beginning their careers under his discerning eye. And that gaze shifted to Todd Pletcher's newest buzz horse Khozan (by Distorted Humor) in 2015, whose limitless potential was cut short by a training injury, but who showed enough promise early to warrant a shot as a sire.

“I like brilliance,” Brent Fernung said, cut and dry, in a phone interview Monday. “I don't care how pretty a horse is, how much pedigree he has; if he doesn't prove that he has that extraordinary talent, you're at a big disadvantage. [Khozan] showed brilliance in his first start.”

While there was the concession of there being a possibility of hidden abilities no one could quite bring out, Fernung admits it's usually an exception to the rule, and not the rule. In Khozan's case, he fell well into the model Journeyman Stallions looked for in a sire prospect. Running a monster 102 Beyer on debut, a seven furlong dash where he started from the 14 hole, and then demolishing an allowance field by almost 13 lengths at a mile, he'd set himself up as the early favorite for the Florida Derby off two career starts.

Brilliance check marked, the focus shifted to his pedigree, of which there was plenty. As a half-brother to the fabulous Royal Delta (Empire Maker), millionaire Delta Prince (Street Cry {Ire}), and GISW Crown Queen (Smart Strike), and with no less than six sires hailing from his female line, there was every reason to believe the potential was there. Complete with a $1 million price tag as a 2-year-old in training purchase by Al Shaqab Racing, Khozan was hard not to like.

“If he went on, and stayed sound until after the Florida Derby, and he's a Grade I-winner, with that pedigree and everything, it would have been hard to find him at Journeyman Stud. It would've made him too expensive for us.”

Since then, he's more than proven the early faith was well-placed. Khozan has been Florida's leading sire since 2020 and to date has 24 black-type horses from 170 starters. Better news are that his best, and largest crops, are set to arrive this coming spring, while many in his earlier seasons are still competing successfully as 5-year-olds.

When it came to Hot Peppers, the mating was done in the hopes that her dam might produce a foal with a bit more to her than the prior offspring.

“I was a little hesitant to breed A.P. Indy-line mares back to Khozan because it's a little close. He's out of an A.P. Indy mare,” recounts Fernung. “I had [the dam] here, bred her to different stallions, and was unsatisfied with the first couple foals she gave me. Or I wouldn't say unsatisfied, but they just weren't Hot Peppers.”

The mare, Friends Pro (Friend Lake), went to his rising star, and in turn produced a 'cookie cutter image of a female Khozan' with the most appealing qualities immediately visible. While not a large filly, Hot Peppers had a beautiful balance to her as a yearling, and a big, nice walk to match. Friends Pro was correct with a good size, but she lacked the aesthetic appeal her Khozan filly received from her sire, and it showed when the pair went through their respective rings. Friends Pro sold for $1,000 to Rebecca Cawvey at OBSWIN in 2020, but Hot Peppers garnered a kinder reception. As Fernung put it: “Nick De Meric bought her off me, and he buys nice horses, there's no question.”

That nice $40,000 OBS October yearling in 2020 would drop the hammer eight months later at OBS June as a 2-year-old in training, and head the way of Ronald Spatz for $16,000. While not entirely sure, the suspected reason for the low price, one which bestows many horses the title of 'the one that got away' and one every consigner knows: the veterinary findings. Despite the low interest at the training sale, it was hard not to be enthusiastic for a good friend.

“[Ronnie Spatz] called me after he got her because he was excited about her, and then called me after she broke her maiden by a pole. He did a good job of preparing the filly for the races.” 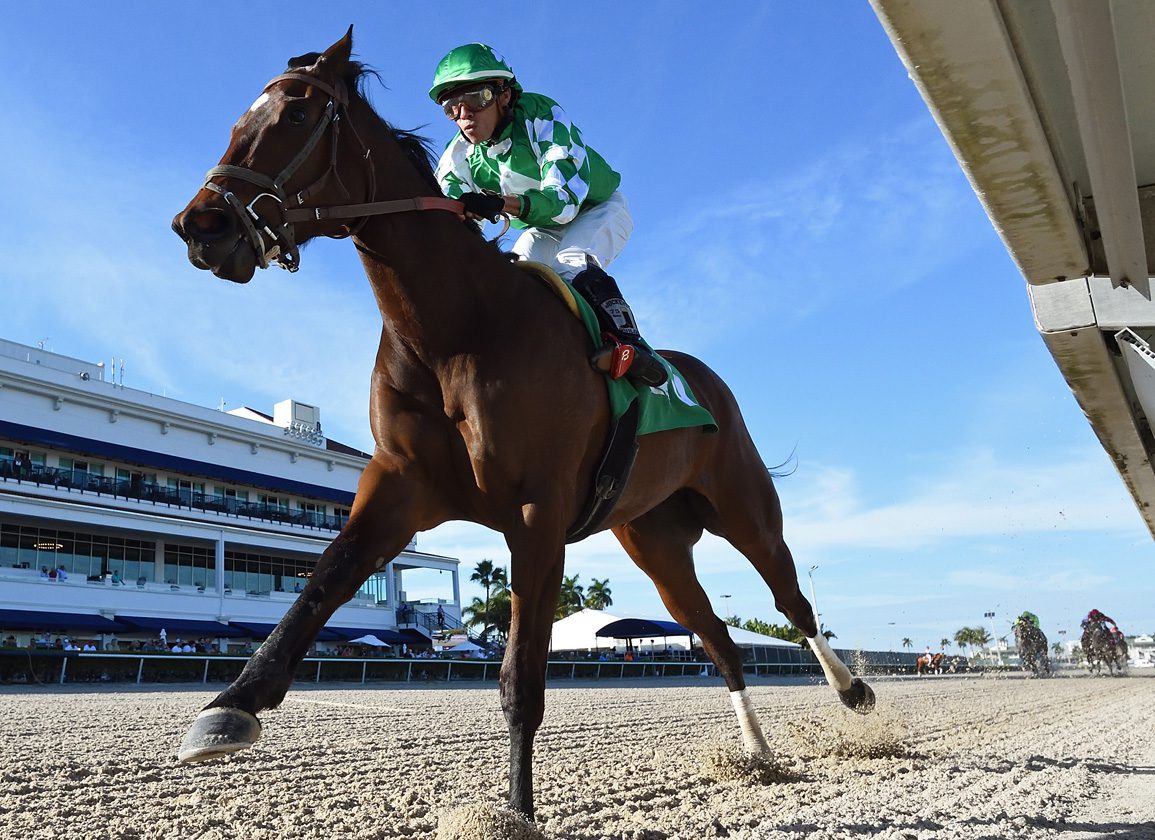 The ability to resist the temptation to jump Hot Peppers immediately into stakes company is what Fernung believes helped develop her into the racehorse we see sauntering across our screens. Those same talents which ultimately attracted the attention of Michael Dubb, and resulted in her private purchase after the 14 1/4-length tour de force, are now paying fruitful dividends for her new owners.

After her troubled seventh in the Stonehedge Farm South Sophomore Fillies S., Hot Peppers moved to the barn of Rudy Rodriguez in New York and two months later looked like herself again, blitzing Belmont's Jersey Girl by almost seven lengths in a hand ride. She kicked on to a game score in the GIII Victory Ride in July and with that effort, stamped her ticket for the Spa, where the big girls came to strut their stuff.

And there she was, the Florida filly with a heart as big as her talent, at the head of the field in the GI Test S. at America's summer playground. She led until the final yards, where Chi Town Lady came from dead last to play spoiler, but the impression was made. The blue-collar filly from the Sunshine state had run an incredible race on track conditions she'd never experienced before, against a favorite on a four race win streak, and muscling her way through contact in the stretch.

And perhaps, she even had to fight a bit of that Saratoga curse, by proximity.

Hot Peppers' efforts will likely have consequences beyond her own sphere of influence. The doors will also open wider for Khozan and Journeyman Stud, who now have concrete proof that their stallion can throw runners on par with the best. Brilliance begets brilliance, and developing sires with those qualities is as entrenched in Ocala as it is in Lexington. If you're in need of a stallion, but don't have a bottomless budget, ask Florida for some pointers. They know a little something about breeding the giant, and the giant slayer.