Home » Archive » Shared News » The Next Generation with Paige Gilster

The Next Generation with Paige Gilster 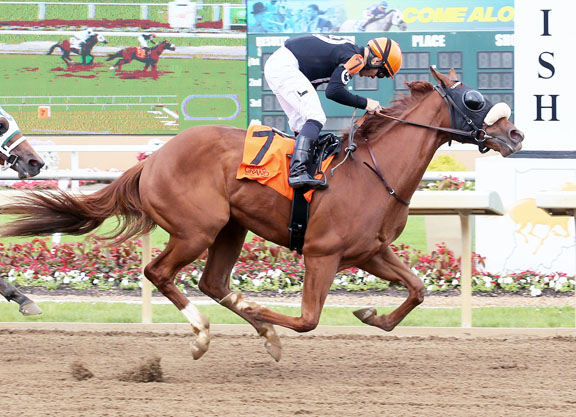 Finnick the Fierce will start in this weekend's GII Blue Grass S. | Coady

The TDN has partnered with Amplify Horse Racing to present “The Next Generation,” an ongoing video series featuring young people who were not born into the Thoroughbred business, but are now excelling within the industry.

Paige Gilster was long on hands-on horse experience but short on connections when she graduated from Iowa State University and moved to Lexington. Since then, she's developed her skills as a horsewoman and in just a short time, has become the assistant farm manager at Timber Town Stables, where she looks over an elite group of broodmares that include dual Eclipse champions Songbird and Havre de Grace.

While still in college, Paige wrote up a business plan on how she would manage her own broodmare and presented the idea to her father. Together, the duo found Southern Classic (Southern Image) at a rescue facility in North Dakota, and purchased the mare for $500.

In 2016, Paige bred her new broodmare to Dialed In. The result was a colt with a bad eye, who she named Finnick the Fierce.  The chestnut the Fierce broke his maiden on debut as a juvenile last June and later placed second in the GII Kentucky Jockey Club S. behind Silver Prospector (Declaration of War).

This year, he ran third in the GI Arkansas Derby and now looks to gain more points on the Road to the Kentucky Derby this weekend in the GII Blue Grass S. at Keeneland.

KR: How did you get involved in the Thoroughbred industry?

PG: I went to college at Iowa State University, and in their equine program, we would bring about seven or eight Thoroughbred mares to Kentucky to breed, then bring them back and foal them out. We were very involved in the reproductive parts of the year, and I realized that I really loved working with horses every day and the Thoroughbred industry in general. The first time I came down to Kentucky is when I decided I was moving to Lexington as soon as I graduated and I was just going to make it work and try it all.

KR: What was it that drew you to horse racing?

PG: I fell in love with the reproduction and breeding. There isn't a horse industry quite like this Thoroughbred racing industry we're in, as they look so closely into the diverse bloodlines and the physical that ties directly to racetrack performance. There's a lot of equine sports, but in my opinion, racing is the only one that is solely judged on the best horse of the day. It's the horse that shows up that day in that race, and that's what I love about it–it's all about the horse.

KR: What was it like being a total newcomer in the business?

PG: You get a lot of, “Are you sure you want to do this?” or “Well, can you though? You're not from around here and you really have no experience.” I just felt like I was a little more discredited when I came here because they didn't know me, they didn't know my family or the exact environment where I had gotten my horse experience. It was a lot of disproving the doubters and having to prove myself over and over again.

KR: What is your favorite part about the industry?

PG: I think my favorite part is the bloodlines and seeing the foalings after a year of waiting. Trying to match the matings and then hoping they get pregnant and have a healthy pregnancy, and then finally seeing a beautiful foal come out. Then when the mating is successful and if they win, that's the greatest achievement of all for me.

KR: If you could change one thing about our industry, what would it be?

PG: One thing I would change is what the industry demands from each person. This a seven day a week, 24-hour job, and it's very demanding on any individual that decides to pursue it. A work-life, personal-life balance is difficult. It's great for me. I love what I do and I've accepted it, but it's kind of tough for my family to understand why I'm not coming home to see them once a month. I think that deters a lot of newcomers. It's asking a lot for young people to come into this industry and say, “Okay, devote your entire life to this,” when it's not an easy ladder to climb as an outsider.

KR: Who is your all-time favorite horse?

PG: This is the easiest question in the book–Finnick the Fierce (Dialed In). He is the second horse I've ever bred when my dad and I got into the business with our broodmare, Southern Classic (Southern Image). He was her second foal, and he came out with one eye. I was able to sell him privately to Dr. Arnaldo Monge and Rey Hernandez. He has defied all expectations and made a lot of personal dreams come true to be on the Derby trail, even in this weird year. It's just been fantastic and it's hard to put into words how exciting it is. So, he's easily my all-time favorite horse for crossing off a lot of personal checks.

KR: Tell us more about Finnick the Fierce's story.

PG: Luckily, I was a senior in college in Lexington on a class trip  when Southern Classic foaled. I was on the other side of town so I missed it, but I called my professor the next morning and said “I'm going to need a couple hours.” So, I was able to go out and see him. That was in April, and then I graduated in May and moved to Lexington to be a part of the KEMI program. As much as I could, I was with him every weekend handling him, because my goal for him was to go the sales and help with some college debt, and his sire, Dialed In, was on fire that year. I worked with him at least once a week.

I didn't want someone naming him “One-Eyed Wonder” or something like that. I didn't want that to be a limitation. I said, “We've got to name him something fierce.” And that's where his name came from. It's been fun to watch him grow and develop, and I'm very blessed that Dr. Monge and his connections have allowed me to stay involved with him. Dr. Monge is my mare's vet, so it's been great. They're like family to me.

KR: What are your long-term career goals?

PG: My career path is kind of a question mark. I want to try it all. I love what I'm doing right now and I love being at Timber Town. Maybe I could eventually manage the farm, or have my own farm at some point. But I kind of take it month by month, and as long as I feel fulfilled and happy where I'm at, then I'm pretty happy for the future.

All of the bloodstock agents that I have met have been incredible. It's a lot of time and reading pedigrees and learning. So eventually I may like to try that, whether that means working for an agent someday or if I try my hand at it myself at some point. But for now, I am really enjoying managing here and being Wayne's [Sweezey] assistant has been awesome. There's so much to learn every day. As long as I can keep learning, who knows where it can take me?