The Major Talking Points From Day One at Royal Ascot 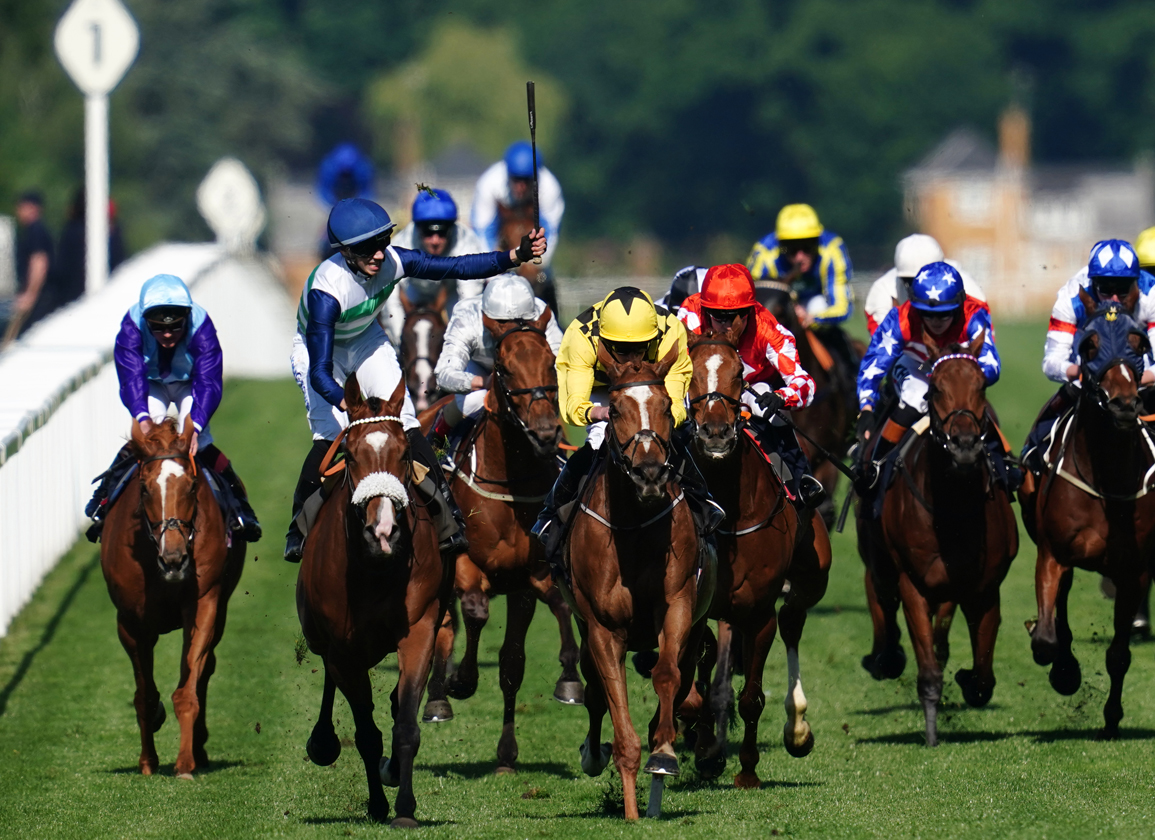 And breathe. As starting dishes go, few have been tastier than what Ascot served up on day one of the royal meeting, with promise of more to come later in the week.

From bargain buy Bradsell (GB) (Tasleet {GB}) bolting up in the G2 Coventry S. to Golden Pal (Uncle Mo) disappointing in the G1 King's Stand S., there were a huge amount of talking points to emerge from day one. Brian Sheerin examined the big takeouts from a pulsating day's action.

You would be doing well to buy a horse to win a races at any level in Britain or Ireland for just 12,000gns and, the fact that the brilliant Coventry S. scorer Bradsell once went through the ring for that paltry sum should offer an incentive to everyone who has ever flirted with the idea of getting involved in racehorse ownership.

Bradsell, bred by Deborah O'Brien who has developed the family for generations, was offered on her behalf by Bearstone Stud and sold to Highflyer Bloodstock for just 12,000gns at the Tattersalls Somerville Yearling Sale in September 2021.

Arguably one of the most impressive juvenile winners of the season when winning on debut at York, Bradsell confirmed the impression he left that day was completely correct by storming to Ascot glory, the win made all the more memorable for the fact that Hollie Doyle was in the saddle.

It shouldn't be forgotten that Bradsell's trainer Archie Watson, who lost the G1 Commonwealth Cup last year in the stewards' room after first-past-the-post Dragon Symbol (GB) (Cable Bay {Ire}) was deemed to have inconvenienced Campanelle (Kodiac {GB}), was securing his second win at the royal meeting after sending out Parent's Prayer (Ire) (Kingman {GB}) to score in 2021.

It is one of the captivating aspects of racing that, no matter how much money you throw at the game, it doesn't equate to success and the victory of Bradsell, in a stallion-making race, shows that everyone has a chance.

Maljoom Another Top Miler in the Making

Tongues were sent wagging, and rightly so, after Baaeed (GB) (Sea The Stars {Ire}) sauntered to G1 Queen Anne S. glory while Coroebus (Ire) (Dubawi {Ire}) got out of trouble in the G1 St James's Palace S., and it will be fascinating if both colts lock horns in the G1 Sussex S. later this summer.

However, Maljoom (Ire) (Caravaggio) should not be forgotten about with a view towards top honours over a mile this season, as he hardened his reputation in defeat behind Coroebus, enduring a luckless passage to fly home for fourth.

Another stride or two, and the case could be made that Maljoom would have won and, for all that his trainer William Haggas would have been hugely disappointed not to win the St James's Palace, he left Ascot in no doubt that he has another top miler in his stable.

Like his stablemate Baaeed, Maljoom didn't grace the track until his 3-year-old campaign, and the rate at which he has improved from each start to the next has been nothing short of phenomenal.

This is a horse who won the G2 German 2000 Guineas on just his third start and, if he can show the same improvement as he did from Cologne to Royal Ascot as he can between now and his next start, he will need to be respected wherever he lines out in the future.

It was also notable in the St James's Palace that New Energy (Ire) (New Bay {Ire}), trained by Sheila Lavery, ran a similar race to his second-place showing in the G1 Irish 2000 Guineas in that he travelled extremely well up to a point. He looks as though he'll be better back over seven furlongs and the G1 Prix Jean Prat at Chantilly next month looks the most obvious race for him.

Looking ahead, Charlie Appleby will not want similar tactics to unfold for Coroebus again and it could be the case that Godolphin run a pacemaker for him in the Sussex.

Bay Bridge (GB) (New Bay (GB) looked a potential top-notch older horse in the making when winning on his reappearance at Sandown and Dubai Future (GB) (Dubawi {Ire}) provided believability to what Sir Michael Stoute's 4-year-old achieved in the G3 Brigadier Gerard S. by bolting up in the Listed Wolferton S.

Dubai Future was no match for Bay Bridge at Sandown, finishing 11 lengths off Stoute's hugely exciting colt back in fourth, but he paid a handsome compliment to that form in running out a convincing winner of the penultimate race on Tuesday for Saeed bin Suroor.

Bay Bridge is a short-priced favourite to provide Stoute with his fifth G1 Prince Of Wales's S. on Wednesday and it wouldn't be a huge surprise to see those odds contract further into a shade of odds-on given what Dubai Future achieved.

It is one thing to be given an opportunity to showcase your talents on the biggest stage of them all and something altogether different in being able to take advantage of it. Nobody could accuse Callum Hutchinson of not doing just that.

One of just a handful of claiming riders to be in action on the opening day of the royal meeting, Hutchinson was exemplary aboard Coltrane (Ire) (Mastercraftsman {Ire}) in the Ascot S. and even had time to celebrate a stride or two before the line.

The most impressive aspect of the ride was that Hutchinson had to fight for a gap two furlongs down when the door was almost closed in his face.

In doing that, and galvanising Coltrane to record a memorable success, Hutchinson rewarded the faith entrusted in him by Andrew Balding. He's certainly a rider going places.

Golden Pal Can Bounce Back

What did we learn from Nature Strip (Aus) (Nicconi {Aus}) setting fire to the Ascot turf in the King's Stand S.? That the Australian-based sprinters are on a completely different planet.

Another major talking point of the race was the performance of Golden Pal (Uncle Mo), who gave himself no chance at the gates by breaking slowly, eventually trailing home last of the 16 runners.

There was a huge amount of confidence behind Golden Pal, possibly fuelled by his trainer Wesley Ward's comments in the build-up to the race, and it was fascinating to see him usurp Nature Strip as the clear favourite before the off.

Of course, it's not the first time that Golden Pal has failed to fire in Europe, having fluffed his lines in the G1 Nunthorpe S. last season.

The fact remains that this is one of the fastest horses in the world and, while he is clearly not best suited by the straight courses in Europe, he remains a potent force in his homeland and should not be underestimated for some of the major sprints in America later in the year. He can bounce back from this.

It should also be noted that fellow Chris Waller-trained sprinter Home Affairs (Aus) (I Am Invincible {Aus}) shortened up considerably for the G1 Platinum Jubilee S. on Saturday. Anyone on the double will be sitting pretty.