The Major Talking Points From Day Four at Royal Ascot 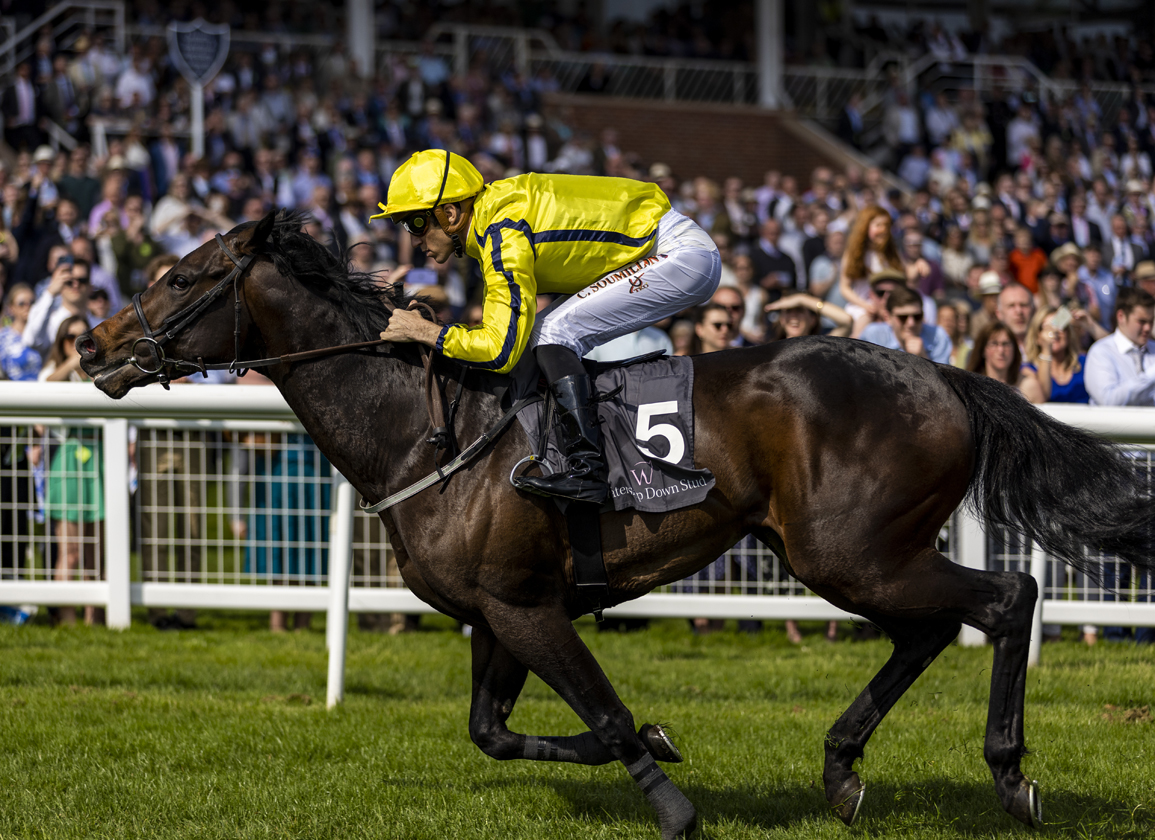 Hard to keep a rider as talented as Frankie Dettori out of the spotlight and, after a difficult start to the royal meeting, the legendary rider answered his critics aboard Inspiral (GB) (Frankel {GB}), who produced a stunning performance to win the G1 Coronation S.

From Dettori bouncing back to Perfect Power (Ire) (Ardad {Ire}) confirming himself one of the fastest horses in training, in doing so sparking debate about where he may stand as a stallion, Brian Sheerin discusses some of the main talking points from another hugely entertaining afternoon's racing at Royal Ascot.

What's the first thing you think about when Cheveley Park is mentioned? Most likely it's outstanding racemares.

From Russian Rhythm (Kingmambo) and Nannina (GB) (Medicean {GB}) to Echelon (GB) (Danehill) and more recently Integral (GB) (Dalakhani {Ire}), the list of high-class racemares to carry the stud's renowned red, white and blue silks has been nothing short of phenomenal.

Add Inspiral to that list. The G1 Coronation S. had been billed as one of the races of the week with the G1 1000 Guineas winner, the G1 French 1000 Guineas scorer and a GI Breeders' Cup Juvenile Fillies Turf heroine in the line-up, but Inspiral stamped her authority on the field.

The only filly missing from the line-up was Dermot Weld's brilliant G1 Irish 1000 Guineas winner Homeless Songs (Ire) (Frankel {GB}), who missed the royal meeting due to unsuitably quick ground.

It will be fascinating to see if Homeless Songs and Inspiral lock horns between now and the end of the season, although John Gosden did suggest the latter could well step up in trip.

Regardless of where she goes next, Inspiral looks as though she will be very hard to beat and is another top-class racemare for Cheveley Park Stud to look forward to.

And what about the rider? Frankie Dettori had endured a hellish week up until the Coronation S. but trusted his instincts aboard Inspiral and class came to the fore.

Let's not forget the performance of Spendarella (Karakontie {Jpn}), either. She may have lost her unbeaten record to Inspiral but, if anything, enhanced her reputation in defeat.

Trained by American-based handler Graham Motion, who sent out Sharing (Speightstown) to fill the same spot in this race in 2020, Spendarella ran a cracking race and is a hugely exciting filly in her own right.

The attraction of Royal Ascot is underpinned by international competition and the American fillies played a major part in what will go down as a memorable race.

A Perfect Fit For Power?

It is hard to believe that the G1 Commonwealth Cup was first run in 2015. In eight short years, the race has become one of the foremost stallion-making contests in Europe, with Muhaarar (GB), Caravaggio and more recently Advertise (GB) featuring among the list of winners.

Perfect Power will be in-demand as a stallion after his dazzling display in this year's edition of the race. However, the question remains, where will he stand?

A dual Group 1 winner at two, Perfect Power carried over that brilliance to his 3-year-old campaign, bouncing back from his G1 2000 Guineas defeat to prove himself one of the fastest horses in training.

There will be any number of suitors for Sheikh Rashid Dalmook Al Maktoum's talented sprinter for a stud career.

Given Tally-Ho bred Perfect Power, and the County Westmeath operation's modus operandi is to stand speedy stallions, they may well be the favourites to sign Richard Fahey's star. Time will tell.

Picked up for 150,000gns at the Tattersalls Craven Breeze-Up Sale in April, Ivory Madonna ran with credit when third on her only start at Goodwood.

Spencer clearly felt his filly was capable of much better, and was vindicated by running her in the opener on Friday, as Ivory Madonna belied her inexperience to stay on for third, picking up valuable black-type in the process.

She should be a shoo-in to break her maiden status and looks a promising filly for connections.

The style in which Candleford (Ire) (Kingman {GB}) landed the G2 Duke Of Edinburgh S. would suggest William Haggas has a Pattern-class performer on his hands.

One might think that Haggas, one of the finest practitioners of his craft, thought as much given he sat on a mark of 91 and charted a path to Royal Ascot without the benefit of a prep race with the gelding.

It proved an inspired decision, with Candleford pulling six lengths clear at the winning line, in doing so, bolstering his family's fine record at the track.

Candleford's half-brother Atty Persse (Ire) (Frankel {GB}) won the King George V S. at the royal meeting in 2017 and was second on his only other start at the track.

Speaking of Ascot-loving families, the Jessica Harrington-trained Discoveries (Ire) (Mastercraftsman {Ire}) had a hard act to follow in the G1 Coronation S. given her sister Alpha Centauri (Ire) and half-sister Alpine Star (Ire) (Sea The Moon {Ger}) feature among the roll of honour.

Discoveries ran a hugely respectable race to finish third, looking much more comfortable on a flat track like Ascot than she did at Newmarket in the 1000 Guineas, and there should be more to come from her this season.

And let's not forget Ivory Madonna for this segment, who we have already mentioned, as her dam Clem Fandango (Fr) (Elzaam {Aus}) finished third in the G2 Queen Mary S. in 2016.

John Magnier made an increasingly rare appearance at Royal Ascot on Friday but for good reason.

The Coolmore boss, who hasn't been seen on a racecourse for some time, made the hugely significant trip to the royal meeting to see Meditate (Ire) (No Nay Never) land the G3 Albany S. before Changingoftheguard (Ire) (Galileo {Ire}) ran out a fortuitous winner of the G2 King Edward VII S.

That double brought Aidan O'Brien's tally of Royal Ascot winners to 80, an amazing achievement, and one that went some way to explaining Magnier's presence on the day.