The Major European Talking Points From The Breeders' Cup 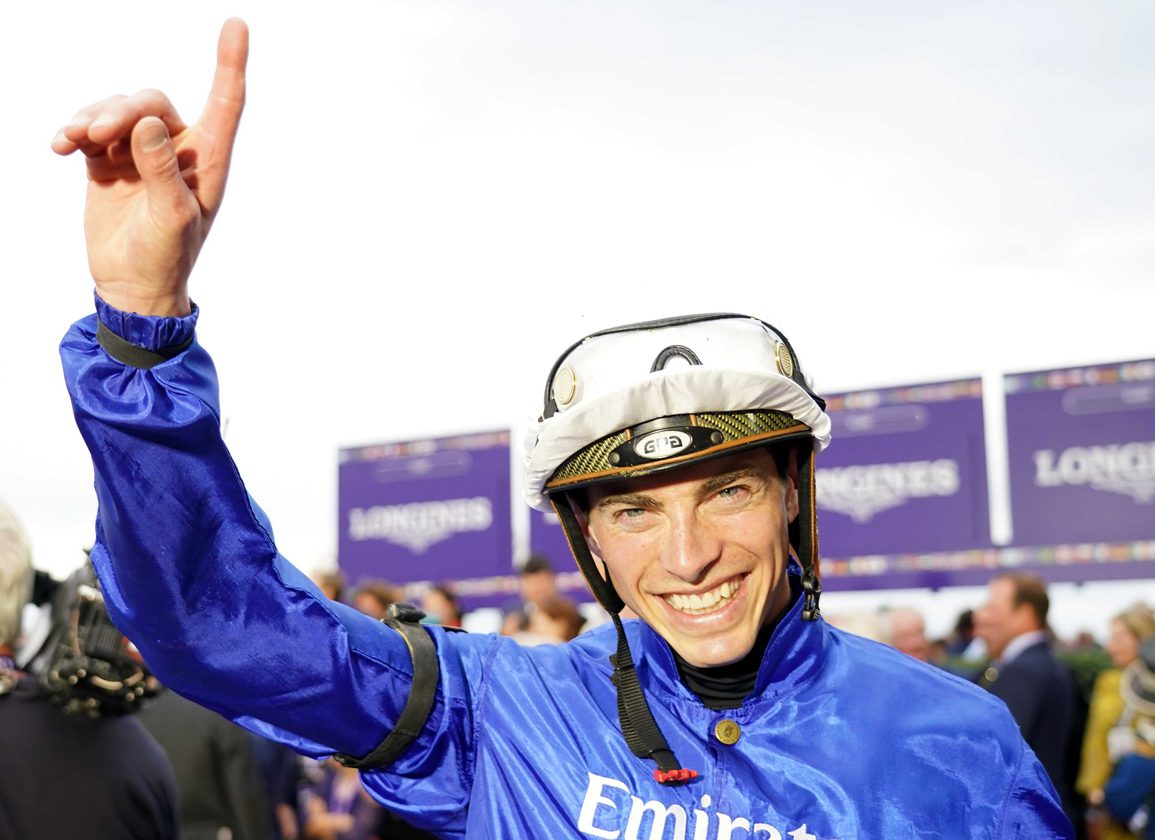 Wouldn't it be cool if Modern Games (Ire) (Dubawi {Ire}) stood at Darley's Jonabell Farm in America when his racing days come to an end?

Now a dual Breeders' Cup winner and a Classic hero, he has emerged as one of the leading stallion prospects this season but, given Dalham Hall Stud is already jam-packed with sons of Dubawi, standing him in Newmarket could be akin to bringing an apple to an orchard.

It's not like there are an abundance of turf stallions in America, either. Perhaps there wouldn't be a demand but, being a GI Breeders' Cup Juvenile Turf and now a GI Breeders' Cup Mile winner, he has the right credentials to be a Stateside success.

It shouldn't go unnoticed the excellent job that Charlie Appleby and his team have done in campaigning the colt. Guineas scorer Coroebus (Ire) (Dubawi {Ire}) and Irish Guineas winner Native Trail (GB) (Oasis Dream {GB}) were above Modern Games in the pecking order heading into the season, but the colt has amassed a whopping £2,461,265 in career earnings and boasts a G1 French 2000 Guineas victory among his seven career wins.

He's a cracking stallion prospect and chances are that he will stand at Dalham Hall but, if Darley were ever to stand a top turf performer in America, he could be the one.

National Hunt enthusiasts will point to the fact that horses like Stradivarius (Ire) (Sea The Stars {Ire}) are few and far between on the level and it is much easier to create an affinity with a horse who races for a prolonged period, as they do over jumps.

Therefore, John Quinn deserves plenty of credit for declaring Highfield Princess (Fr) (Night Of Thunder {Ire}) will continue racing into her 6-year-old campaign after she ran a cracking race to finish fourth in the GI Breeders' Cup Turf Sprint.

As a triple Group 1 winner, who is arguably unfortunate not to be finishing the season as the highest-rated sprinter in Europe, Highfield Princess staying in training will add to what is shaping up to be an intriguing sprinting division next year.

GI Breeders' Cup Filly And Mare Turf winner Tuesday (Ire) (Galileo {Ire}) could also stay in training next year while the fourth home in that race, Nashwa (GB) (Frankel {GB}), will race on at four.

Not The Punters Pal

The GI Breeders' Cup Sprint was over before it began for the supporters of heavy favourite Golden Pal (Uncle Mo) who, not for the first time, lost his race at the start.

Without taking anything away from the shock 43-1 all-the-way winner Caravel (Mizzen Mast), Golden Pal was given no chance when Irad Ortiz tried to make up for the ground lost at the start by burning petrol to bustle him into a prominent position inside the first furlong.

Those early exertions told late on as he weakened out of contention, similarly to when the colt trailed home in last position in the G1 King's Stand S. at Royal Ascot when sent off a 15-8 favourite.

June Birthday No Barrier For Tuesday

Breeders with late foals can point to Tuesday (Ire) (Galileo {Ire}) being the latest star performer to overcome what most would view as a negative.

Now Tuesday, who famously turned three the day she won the Oaks, proved that even June foals can compete and win at the highest level.

O'Brien revealed that a decision on whether to send Tuesday to Ashford Stud and retire her or tackle the G1 Hong Kong Cup and race on at four would be made in the coming days.

He said, “The plan might be to go to Ashford Stud and retire her, but there's a good chance of her staying in training next year, in which case I would consider the Hong Kong Cup, but it all rests on her not going to Ashford.”

Doyle Deserving Of His Moment In The Spotlight

Take a bow James Doyle. Few would begrudge him his big moment in the spotlight aboard Rebel's Romance (Ire) (Dubawi {Ire}) in the GI Breeders' Cup Turf.

Fellow Godolphin-runner Nations Pride (Ire) (Teofilo {Ire}) was the chosen one of William Buick, and while he was a shade unlucky not to finish closer after getting boxed in at a crucial time, Rebel's Romance ran out a deserving winner on the day.

Buick has been making headlines all season but Doyle proved once again that he is a fantastic deputy in securing his first Breeders' Cup success.

It's not the first time that Doyle usurped a better-fancied Godolphin runner, either, as he landed a minor surprise in overhauling Native Trail when winning the 2000 Guineas at Newmarket aboard the late Coroebus (Ire) (Dubawi {Ire}).

Saturday's success sugar-coated a marvellous season for a man riding at an impressive 20% strike-rate.

The win also drew Appleby level with O'Brien on three winners apiece at this year's Breeders' Cup with the two trainers supplying the entirety of Europe's winners at the meeting.

The friendly rivalry between Appleby and O'Brien provided a fascinating subplot to this year's contest.

Malathaat (Curlin) may not be trained in Europe but the impact of her tenacious GI Breeders' Cup Distaff success could be felt in Britain and Ireland for the coming years.

In Baaeed (GB) (Sea The Stars {Ire}) and Malathaat, the Shadwell team have been blessed with one of the best colts and fillies of the modern era.

Sheikha Hissa has enjoyed a memorable year with Baaeed and Malathaat capped it all off on Saturday.

Indeed, it was at Keeneland where Shadwell bought a trio of blue-blooded fillies from Book 1 of Keeneland's September yearling sale and followed that up with a productive haul at Book 1 and Book 2 at Tattersalls last month.

Horses like Baaeed and Malathaat don't come along every year but their performances on the track this season will have done no harm to the hopes that Sheikha Hissa's commitments to the industry on both sides of the Atlantic will be felt for some time.