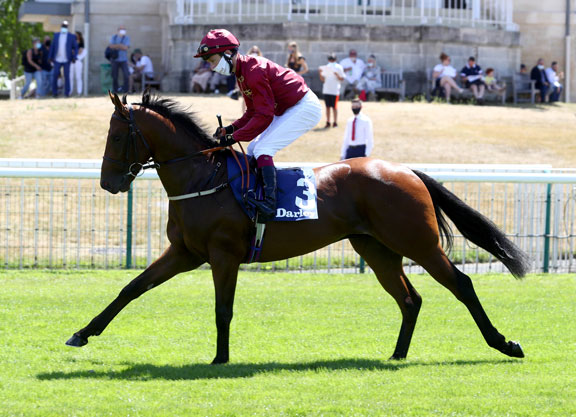 G2 Norfolk S. hero The Lir Jet (Ire) (Prince of Lir {Ire}) will start next in either the G2 Flying Childers S. at Doncaster on Sept. 11 or the G1 Middle Park S. at Newmarket on Sept. 26. Runner-up by only a short head in the G2 Prix Robert Papin at Chantilly on July 19, the bay was third, promoted to second, in the G1 Phoenix S. at The Curragh on Aug. 9. Qatar Racing purchased The Lir Jet after a winning debut at Yarmouth.

Bell said, “He's come out of his last race very well. He came back from Ireland in good shape and we've been happy with him since. There are a few options going forward, including the Flying Childers and the Middle Park. He could run in one or both of those.

“He got the six furlongs well at The Curragh–in another stride he would have been a genuine second. I think he's proved he's effective over five and six, which is good. He's certainly not regressive. He's had to travel for his last couple of runs, which is certainly not a plus. It might be good for him to have a home game for his next run.”