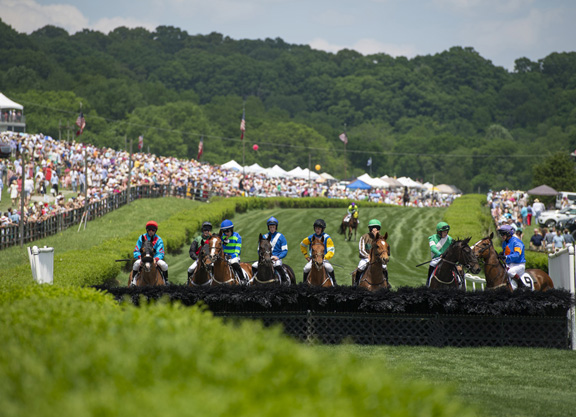 Tandem bills cross filed in both the Tennessee General Assembly and Senate within the past week are aiming to restore the state's 20-years-dormant horse racing commission. The sponsoring legislators said this could be a first step in legalizing pari-mutuel betting in the state, which could in turn entice a developer to build a track there.

Tennessee has a rich equine history, but the legislature banned horse race gambling in 1905.

According to The Tennessean, in 1987 lawmakers approved the Racing Control Act, which legalized pari-mutuel wagering on horse racing and created the Tennessee State Racing Commission to oversee tracks. Several venues were proposed, but they either couldn't survive local referendums or got knocked down in the courts by litigation, and none were built.

Without any tracks to license or regulate, the racing commission–which consisted of just one individual for a number of years–was disbanded in 1998. In 2015 lawmakers repealed the Racing Control Act. In 2016 they launched an advisory committee to try and bring a version of it back.

Horse racing in Tennessee currently consists of the non-profit Iroquois Steeplechase in Nashville, which runs a well-attended, one-day, non-betting meet at Percy Warner Park each May. Farther beneath the radar, non-sanctioned Quarter Horse match races exist at Carril de Memphis, an “outlaw” track west of Memphis that openly advertises its schedule of race dates on Facebook.

The money flowing across state lines to gambling venues in bordering Mississippi and Arkansas was cited as an impetus to resurrect horse racing in Tennessee.

“What I'm trying to do is reactivate the horse racing commission, so maybe if we can induce people to start coming to Tennessee for horse racing, with the sports betting thing, I think it'll help us,” Rep. Joe Towns, a Memphis Democrat, told the Daily Memphian. “If we do horse racing, we'll be able to compete, and that's a different quality of gambler.”

A companion bill was filed in the Senate by Democratic Sen. Raumesh Akbari. Yet a third bill, sponsored by Republican Sen. Frank Nicely, could also be in the works.

The Daily Memphian reported that Nicely had initially tried to introduce his version of the bill in 2018, but that it “stalled because of concerns over the use of certain drugs in race horses and a portion of the bill delaying racing age until 3 years old in contrast to 2 years old in most states.”