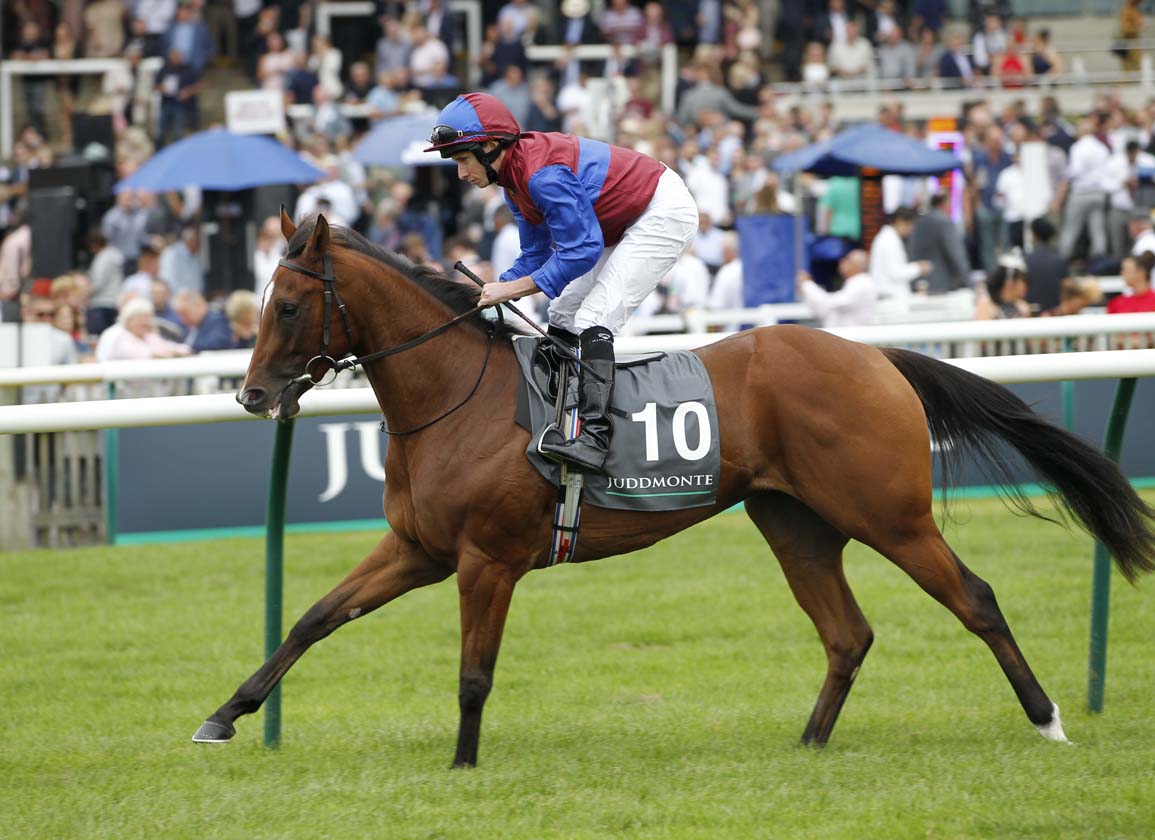 Undefeated Tenebrism (Caravaggio) is the 11-4 early choice among 16 confirmations for Sunday's Qipco 1000 Guineas at Newmarket. Long-time ante-post favourite Inspiral (GB) (Frankel {GB}) was ruled out of the fillies' Classic Sunday. Trained by Aidan O'Brien, the G1 Cheveley Park S. heroine will attempt to give the trainer his sixth win in the race in seven years. O'Brien may also be represented by maiden winners Toy (Ire) (Galileo {Ire}) and Tuesday (Ire) (Galileo {Ire}).

Included among Irish-breds who are also possible to run Sunday are Group 3 winner Homeless Songs (Ire) (Frankel {GB}) and G1 Moyglare Stud S. victress Discoveries (Ire) (Mastercraftsman {Ire}), a full-sister to Irish 1000 Guineas scorer Alpha Centuri, also trained by Jessica Harrington. Homeless Song, tackling a mile for the first time, may sidestep Sunday's race in favor of the French equivalent May 15. However, one likely to favour of staying local rather than a trip to ParisLongchamp is G3 Fred Darling S. winner Wild Beauty (GB) (Frankel {GB}), who is Godolphin's sole representative in the race.

Represented by his first Classic runner, James Ferguson is on course to saddle G3 Prestige S. scorer Mise En Scene (GB) (Siyouni {Fr}), fourth in the Fillies' Mile over the 1000 Guineas track and trip, before running down the field when making the trip to Del Mar for the GI Breeders' Cup Juvenile Fillies Turf.

David Redvers, racing manager for Qatar Racing, who own the filly, explained, “She was possibly unlucky not to finish second at Newmarket. If she finished second, she would be among favouritism at the moment.”

“The race didn't work out at all for her in the Breeders' Cup. She was poorly drawn, went forward, was pushed wide and the whole thing was a non-event.”

Mise En Scene, currently an 11-1 chance with Coral for the Guineas, will be reunited with Cieren Fallon.

“Oisin Murphy rode her in a piece of work on Tuesday morning and was delighted with her,” he said. “She seems to have come forward very well. She hardly blew a candle out afterwards and didn't get out of second gear, apparently,” added Redvers.

“We know she handles Newmarket and a straight mile should not provoke any problems at all. You never know until fillies run how they are going to go.”

“Physically and mentally, she has appeared to have done extremely well and we can only hope and keep our fingers crossed that she gets a bit of luck in running and proves how good she is.”