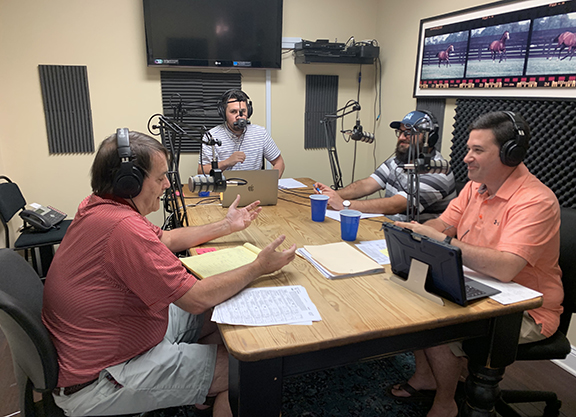 Trainers who run on the New York circuit tend to have the best horses in the country and compete for some of the highest purses in North America. But attorney Drew Mollica, whose expertise is equine law, said that investigations conducted by the New York Sate Department of Labor have put many New York horsemen in a precarious position. Mollica made his comments on this week's edition of the TDN Writers' Room podcast in a segment sponsored by The Green Group.

Several prominent New York trainers have been hit with huge fines from the Department of Labor, which alleged that backstretch workers employed by those trainers were victims of wage theft. Mollica said the charges were not accurate and that the penalties were substantial.

“The Department of Labor has done things to fillet great employers and get them on technicalities,” he said. “I have had the privilege to represent some very prominent people in these Department of Labor issues. The Governor of New York put out a press release that said the trainers were fined or settled because they were exploiting labor. I'm not going to get into the specifics of any one case, but I will say some of the employers who were targeted didn't exploit labor. I represented some people that treated their employees very well and the Department of Labor somehow found problems with them. One of the problems is that the Department of Labor doesn't understand this industry.”

Mollica also touched on the on-going dispute between Ahmed Zayat and MGG Investments that has led to the possibility that a receiver will be responsible for overseeing the stable's assets. Mollica represented trainer Rudy Rodriguez in a dispute with Zayat over alleged unpaid training bills.

“There are probably a lot of other issues in this case that no one knows about,” Mollica said. “The court pleadings are just meant to be a general laying out of the party's position. When a lawsuit goes to the discovery stage, these things tend to open up a little bit more. There are general pleadings, general denials, general accusations. A lawsuit is nothing more than an allegation…These are a lot of other issues in play here, like horses that are racing, licensing issues. A lot of things are going on here and there are a lot of moving parts.”