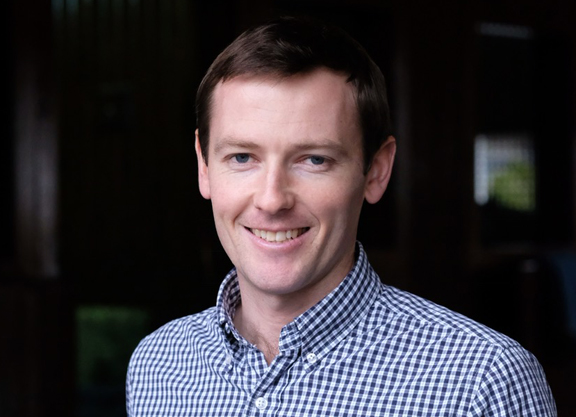 LE: Could you talk about your background in the industry?

SC: My dad works in the industry in New Zealand, so I grew up around it without ever working hands on with the horses. I started working at Curraghmore Stud during university because I needed a holiday job and wanted to get a feel for it. I really enjoyed it and around the same time heard about Flying Start so I continued to spend all the time I could working at Curraghmore in addition to a summer with the New Zealand Racing Board. When the time came to graduate I had decided I wanted to stick with the horses and was very fortunate to be selected for Flying Start that year.

LE: Who have been the biggest role models in your career so far?

SC: That's a tough one to answer as there have been so many people that have helped me while on Flying Start and at Coolmore, but I'd probably have to go back to where it all started. My parents have always been a huge support and Gordon Cunningham at Curraghmore got me going in the business and has been a constant source of advice ever since. I often look back and think how lucky I was to start at Curraghmore, Gordon does a great job and it's probably fair to say if I hadn't enjoyed it so much I might be working for a bank or something like that.

LE: What are you most looking forward to in your new role at Cambridge Stud?

SC: My title is sales and nominations manager, so I'll be involved in the promotion of the stallion roster which is made up of Tavistock (NZ), who has quickly established himself as one of the best Classic sires in Australasia, and Burgundy (NZ) and Highly Recommended (Aus), who have both had group winners from their first 3-year-olds this season. I grew up in Cambridge so it means a lot to be returning home to be involved in a new phase of a farm that has been such a significant part of the New Zealand industry over the years.

LE: What was the most memorable moment of your time in America?

SC: Being at Ashford for the first few years of American Pharoah's stud career was a pretty surreal experience. The day he arrived at the farm was one thing in particular that I'll always remember. There was a small collection of media but mostly it was just the farm staff and some family members assembled and it was just a really cool thing to experience first hand.

LE: What advice would you give to people thinking of applying for Godolphin Flying Start or wanting to get involved in the industry?

SC: I'd say to try and get as close to as many quality horses as you can. At the end of the day it doesn't matter what you end up doing in the industry, you need to understand what makes a top racehorse as that's what it all comes down to at the end of the day.