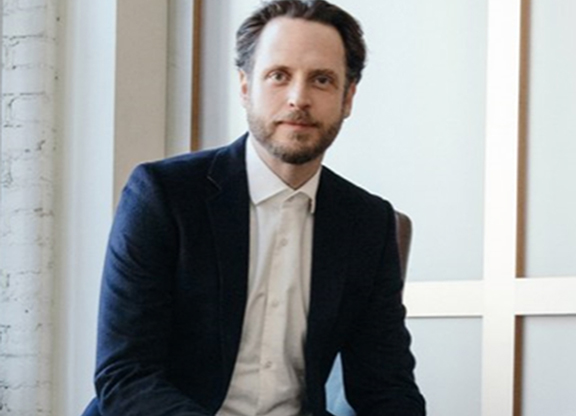 New to running racetracks, Aidan Butler, The Stronach Group (TSG)'s chief strategy officer and acting executive director of California Racing Operations, has worn all sorts of suits belonging to all sorts of worlds–horse racing, legal affairs, business management, and technology–that he says have prepared him for the task.

He founded a sports equipment company called GuardLab, which specializes in mouthguards, for example. He was managing director of a large litigation law firm called Gilbert's, its area of expertise in intellectual property–though he isn't, it should be noted, an attorney.

Butler, 42, joined TSG last year, and headed to Santa Anita this spring, when the welfare crisis erupted. Currently living on-site at Santa Anita in a house a stone's throw from the track's downhill turf course–which is currently out of racing use–Butler describes himself as a bit of a fixer. “That's what I do,” he told TDN. “I come in and look at problems and try to take a more modern approach to them.”

The question is: what parts of the TSG company is he charged with fixing?

In an August TSG press release, it was written that Butler would be “codifying and building on the reforms initiated by The Stronach Group during its Winter meet while continuing to oversee the company's modernization of the sport in the areas of horse population, ownership and technology.” In the first of this two-part Q&A with TDN, Butler was a little more emphatic. “I'm overseeing everything in California,” he said.

In part two of the Q&A, Butler discusses his history in horse racing, and his plans to tackle a depleted horse inventory, boost handle, and lure new owners to the game. The following is an edited version of a broad, discursive conversation.

TDN: Tell us about your history in horse racing?

AB: I'm a third-generation licensed bookie. Growing up as a kid, I didn't do summer holidays, I went to the track. First I started counting the money in the bag, then I went to Tic-tac, then I progressed up the chain.

After horses I went into legal strategy, into technology, then started my own companies. Why I resonated going back to the game? From a business standpoint, I saw fixed odds coming, sports wagering, like it or not. I understand the game pretty well. I understand horses pretty well. Grew up with them. Grew up around them.

I understand that [horse racing] is a business, but I also understand the pageantry of horse racing. And this isn't a knock at anyone, and certainly isn't a knock at any of my forebearers, but the pageantry seems to have fallen off a little bit. If you really want to grow [horse racing] out to a new audience, and you really want people to come, what is it they're going to fall in love with? Fundamentally as a business, you want them to fall in love with gambling. But, that's not what gets you–it's the love of the sport, and when it's done well, it's a beautiful sport.

TDN: What would you tell those breeders, owners, trainers or other industry figures who have invested greatly in horse racing in California–some through many generations–who might be skeptical about someone with limited experience for the position you find yourself in now?

AB: I've never done this job. But from building businesses, from operating businesses and from managing people, I've done a lot of other things in my life, and quite successfully. And so, what I'd want them to know: I understand the issues we face out here. I also understand that without the whole ecosystem working well together, we haven't got a shot. You can't ask for trust–only time will tell. Things have to start improving. Then, hopefully people will realize we're doing the right thing. The issue is, what's the criteria for success?

First and foremost, safety and safe racing. Without that core function of the racing being safe, you've got no shot at ever growing this industry. You've got to get the public confidence, so we're not watching races and holding our breaths. Look what just happened at Del Mar. I'm so happy for them, and so pleased it's doable.

AB: We've had a bunch of turnover at Santa Anita. But Belinda [Stronach] for the last few years has started to now really take over. It's not a hire and fire culture now.

TDN: Are you saying that the horsemen who are tired of seeing that type of corporate culture at Santa Anita can expect to see things change?

AB: I can. She's a modern thinker–she understands how businesses should work. She understands change can be difficult. But she also understands that continuity in business, especially a business that is so symbiotic as this, is so important. Tongue in cheek, if this was eight, 10 years ago, the joke would be, 'How long has Aidan got?' But the boss is Belinda, and that isn't the way she operates.

TDN: California is struggling with a heavily depleted horse inventory. This upcoming meet, what would you class as a success in terms of race weeks and field sizes?

AB: Inventory will dictate more than it's ever dictated. If there's some days with only a few races, so be it. We can only fill what we can fill. If we can prove that we're running really good races, safe races, that's how we get to number two, which isn't a horse shortage, it's an owner shortage. How do you get new owners back? Confidence in the product.

TDN: What part does Santa Anita play in this?

AB: You've got to welcome [owners] with open arms. I think we can do a better job at embracing what they stand for, and how they help the industry. They tick a lot of boxes for us if done right.

TDN: Are you going to spend more on marketing?

AB: Marketing is part of it, getting back out there the fun parts of horse racing. But, unfortunately, you're treated on your success with that. If this isn't running as well as it can be, even from a safety standpoint, what are you marketing? First off, getting it as safe as it should be. Then you've got something to market.

TDN: Can you give specifics?

AB: No, not yet–I haven't spoken to the people I need to speak to. But things like giving a better customer experience. It's got to be really fine-tuned. Now, it's great selling really beautiful food over there, but how does that cross over to our core customer, making sure that core customer is serviced in the best possible way? You've got the guys and the girls who want to buy a hot dog and watch the ponies, and then, you've got the people who want to put on a nice jacket and come out. I think there are varying degrees of experience, based on what you want to get out of the day. And I use the word pageantry a lot. What makes horse racing fun for you?

For me, I want to see the horses, and you've got to get the interaction piece back again. It's in our DNA, that we're attached to these animals. What has that to do with operating a racetrack? It has everything to do with the fundamentals of the experience. So, if the public understands the horses better, they'll understand racing better. You've got the people who understand horse racing, and the people who don't. But the one thing they all share: they love horses.

TDN: One thing that Tim Ritvo emphasized when he took the helm here back in 2017 was the company's bottom line. He told the LA Times, “I can tell you that the facility is underperforming based on the property value. This place is worth, at a minimum, half-a-billion dollars. We don't get anything close to 4 or 5% back.” Are profits still the driving factor?

If you don't do it right, it's dead in a few years anyway. So, doesn't it warrant the time and effort to get it right? Then, you look at: is the business as profitable as it should be?

TDN: Has she given you a timeframe before she wants to see results?

AB: No–she's basically like, 'Either we do it properly or we don't do it at all.' If you know Belinda, she's adamant to fix this. However long it takes, that's what it takes.

There is the reality that the business needs to make money. You don't do it unless it's your hobby–it's a lot of work for a hobby. And now, the business model will have to change. I know a few people who may or may not be smarter than me believe that may not be doable. But, there's always another way to do things.

TDN: What are they telling you? And who do you mean by 'they'?

AB: The old guard: that more racing leads to more handle, more profit. An argument I could make is: less racing but of better field size and more competitive equals better handle. Transparency of safety protocols. Transparency of horse health equals confidence in gamblers, equals better handle. It isn't just a formula of run more. Maybe a smarter long-term solution may be to look at what has worked in other places, and that field size and competitiveness is another driving factor.

TDN: With other tracks offering such alluring purses, how do you propose to keep and maintain the horse inventory?

Taking a step back at what we were just talking about: the tracks have got to do a much better job at helping the folks who are trying to recruit. If you're a trainer, you should have a little bit of carte blanche with what the tracks do. Get the [owners] in. But that kind of thing gets lost in the sauce when you're concentrating on the nuts and bolts. Look, we're not dead in the water by a long shot. We're looking at a bunch of things to make [purses] up. Sponsorship. Sports wagering.

TDN: Del Mar has reaped dividends for its aggressive recruitment of out-of-state barns. Is that something you'll be doing, too?

AB: Yeah, we want to attract more horses. Yeah, we want bigger field sizes. But I think, making sure the guys and girls that are out here day-to-day already, we've got to make sure they're good. Make sure they've got every opportunity. It's a little bit of a work in progress. I wish a part of me could do everything day one.

TDN: What are your targets for this upcoming meet?

AB: I'm hoping we have a super-safe meet. I'm also a realist, that when you have a lot of horses running around, a lot can go wrong. But we've done everything we can to make sure everything's as safe as can be.