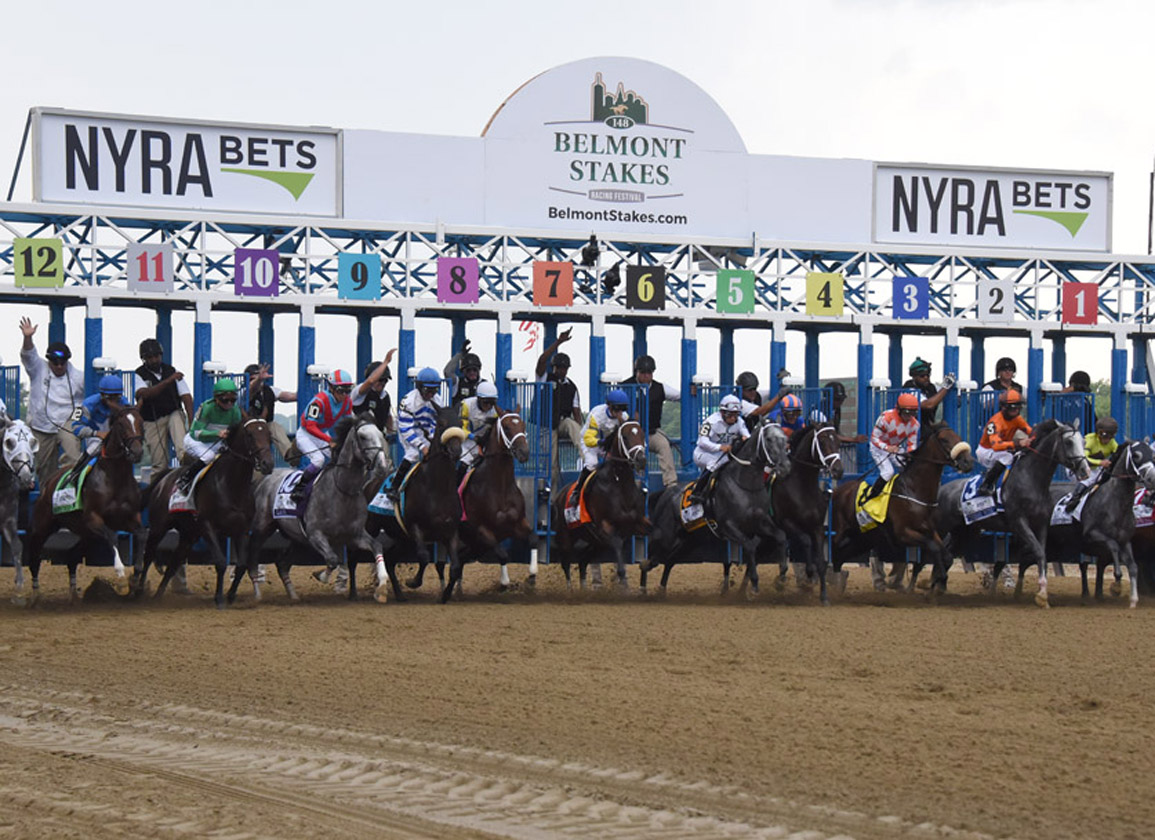 1) Mo Donegal (c, Uncle Mo–Callingmissbrown, by Pulpit)
O-Donegal Racing & Repole Stable. B-Ashview Farm & Colts Neck Stables (KY). T-Todd Pletcher. Sales History: $250,000 yrl '20 KEESEP.
You could argue that Mo Donegal lost the GI Kentucky Derby at the post draw after getting stuck with the dreaded rail gate. But his fifth-place effort, beaten 5 3/4 lengths in a stretch finish that featured the 1-2-3 horses all running full-tilt to the wire, is actually quite a bit better than it appears on paper. This $250,000 KEESEP son of Uncle Mo was too patiently handled by Irad Ortiz, Jr., who didn't ask this athletic colt for his best run until 2 1/2 furlongs out, and Mo then had to float 12 wide off the turn to find clear passage. But he still uncorked with his characteristic acceleration inside the eighth pole, and that type of late-race torque has been evident throughout Mo's career. This colt simply keeps gaining ground in deep stretch, even when the final furlongs are quick, and his company lines are far more robust than any of his Belmont S. foes. Don't be tempted to stamp him as strictly an off-the-tailgate type, because Mo is agile and nimble enough to take up the running from a sweet stalking spot in an eight-horse field where he's not as likely to meet up with the trip trouble that he often encounters.

2) We the People (c, Constitution–Letchworth, by Tiznow)
O-Winstar Farm, LLC, Bobby Flay, CMNWLTH, & Siena Farm, LLC.
B-Henley Farms Inc (KY). T-R Brisset. Sales History: $110k wnlg '19 KEENOV, $220k yrl '20 KEESEP, $230k 2yo FTFMAR.
We the People possesses both a very high cruising gear and a reputation for being difficult to handle. His brief past performance block features a pair of open-length wins at Oaklawn and a blowout, 10 1/4-length, tour-de-force romp in the GII Peter Pan S. four weeks ago (103 Beyer Speed Figure). But sandwiched in between was a hot-and-bothered effort in the weak GI Arkansas Derby in which this Constitution colt couldn't make the lead, then got hooked wide around both turns, beating only two horses. Which We the People will show up as the morning-line fave for the third leg of the Triple Crown? Sure, he's won with authority over Belmont's main track. But that was a sealed, post-rain surface rated “good,” and the field contained only one horse who had ever won a stakes (a minor one at that). Still, the raw power of that victory will be enough to sway pari-mutuel supporters to this colt's side. We the People was always in control in the Peter Pan, and it's hard to shake the visual of him turning for home under a hand ride from Flavien Prat while everyone else in his widening wake was desperately whipping and driving. He also had a nice spurt of extra acceleration in upper stretch-the kind of move where Prat was probably just gauging what was under the hood for future reference.

3) Rich Strike (c, Keen Ice–Gold Strike, by Smart Strike)
O-RED TR-Racing, LLC. B-Calumet Farm (KY). T-Eric Reed.
When a horse wins a race at 80-1 odds, you can usually point to evidence that the favorites didn't fire, the pace blew up, or a number of logical contenders ran into trip trouble. None of those things happened in the Derby. Sonny Leon sliced and diced his way to a clear inside path through the far turn, and Rich Strike did the rest, taking aim with purpose and reeling in two favorites who weren't quitting. Is the effort replicable? This connections of this former $30,000 maiden-claiming son of Keen Ice defied convention and skipped the GI Preakness S. with the aim of having a tighter fighter at 12 furlongs, a distance trainer Eric Reed believes is within this colt's scope. His 101 Beyer in Louisville represents a 17-point jump off his best career effort, and Rich Strike is going to have to come up with a similar or better fig if he is to be draped in a blanket of white carnations. 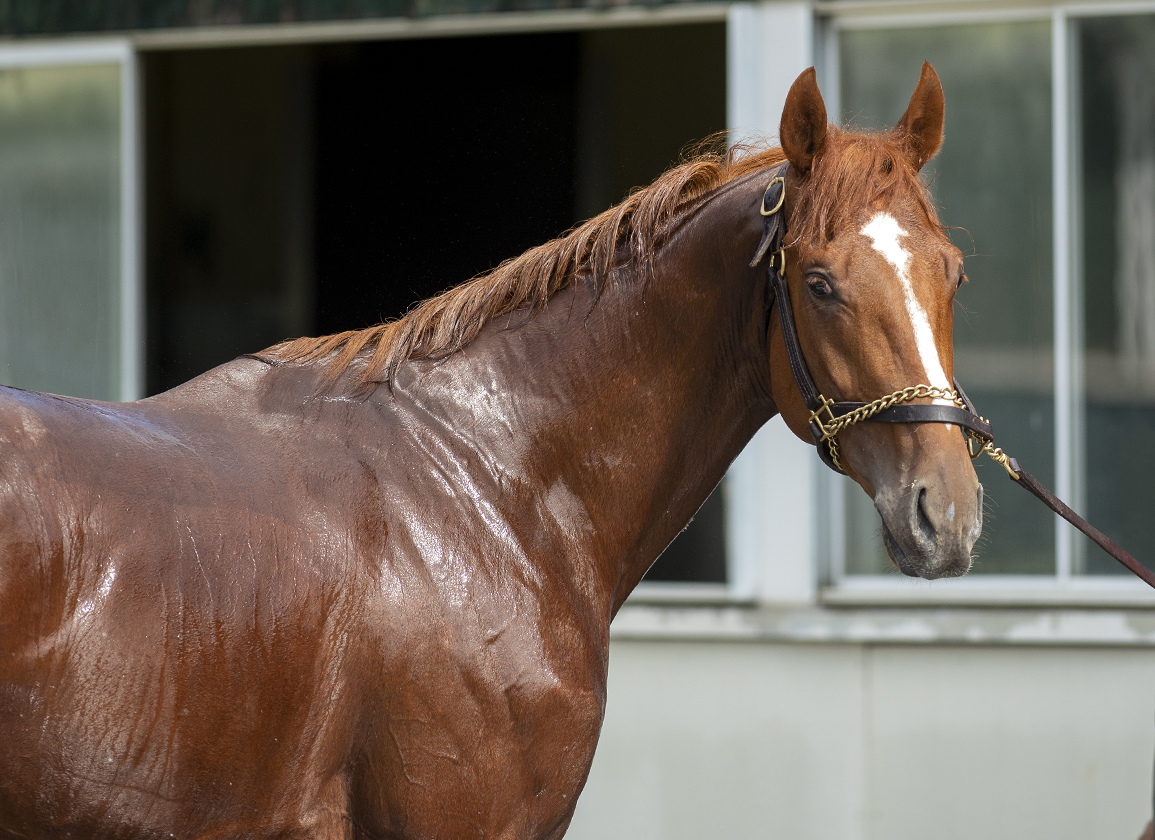 But you have to wonder if he's going to be tactically forced out of his sweet spot, because dropping far behind the field against this crew is likely going to leave him too much work to do.

Then again, this is a colt who wasn't too far off the action going a one-turn a mile at Churchill at age two (a 17 1/4-length upset), so maybe he's a touch more versatile than critics give him credit for. A bigger concern might be Leon's inexperience riding over Belmont's vast, sweeping main-track configuration, which has been known to stymie riders unfamiliar with its 1 1/2-miles circumference. Leon is named to ride in only one race (on the grass) at Belmont on Friday, then will have what will seem like an interminably long wait on Saturday (7 1/2 hours) between his only main-track mounts in the opener and in the Belmont S. itself.

4) Barber Road (c, Race Day–Encounter, by Southern Image)
O-WSS Racing, LLC. B-Susan Forrester & Judy Curry (KY).
T-John Ortiz. Sales History: $15,000 wnlg '19 KEENOV.
Despite having to rally from last and getting parked in the 14 path turning for home, this Race Day gray ($15,000 KEENOV) put in a fairly decent sustained run over the final three furlongs of the Derby. Barber Road gets a jockey change to Joel Rosario for the Belmont, and will race without blinkers for the first time since his career debut at Colonial Downs last August. He's winless since Nov. 10, but has amassed a bankroll north of $650,000 by chipping away with minor awards in graded stakes. Longer distances certainly appear within the scope of his pedigree. His paternal grandsire is Tapit, the sire of four Belmont S. winners, and damsire Southern Image won two Grade I routes at Triple Crown distances in 2004 (the Santa Anita H. and the Pimlico Special). But the big question for Barber Road isn't staying power-it's whether he's fast enough. His best Beyer tops out at 94, seven points below the par for this race.

5) Nest (f, Curlin–Marion Ravenwood, by A.P. Indy). O-Repole Stable, Eclipse Thoroughbred Partners, & Michael House.
B-Ashview Farm & Colts Neck Stables (KY). T-Todd Pletcher. Sales History: $350,000 yrl '20 KEESEP.
Nest's family tree is replete with distance-centric influences. Her sire, Curlin, lost the 2007 Belmont by a head, barely coming up short behind the gallant filly Rags to Riches (who was trained by Nest's trainer, Todd Pletcher). Nest's damsire, A.P. Indy, won the '92 Belmont. This filly is also a full sister to Idol, last year's winner of the Santa Anita H. She was most recently a grinding second in the GI Kentucky Oaks, incrementally gaining on the winner, and before that, she popped for an 8 1/4-length victory in the GI Ashland S. in April. That score was notable for a prolonged, 4 1/2-furlong bid over Keeneland's short-stretch configuration in which Nest drove past the front four leaders with authority midway on the far turn. Jose Ortiz picks up the mount for the first time, as his brother, Irad, sticks with Nest's uncoupled stablemate, Mo Donegal.