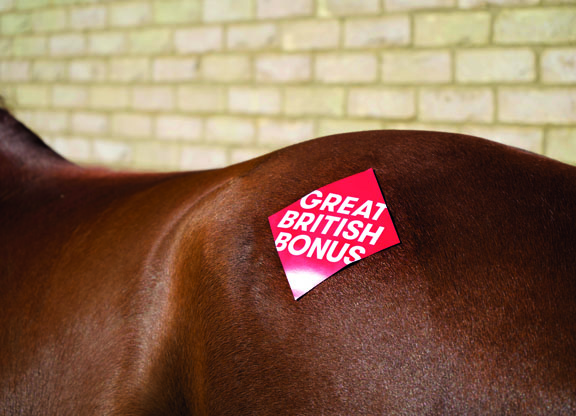 A new bonus scheme which amalgamates elements of Plus 10 and the National Hunt Mare Owners’ Prize Scheme (MOPS) has been launched by the Thoroughbred Breeders’ Association (TBA) for British-bred Flat and jumps fillies and mares.

Offering multiple bonuses of up to £20,000 per eligible race, the Great British Bonus (GBB) has been devised with the aim “to increase the number of British-bred horses in racing and, so, safeguard the future of British breeding”.

Devised by the TBA, the scheme’s launch was delayed from March owing to racing being suspended during the Covid-19 pandemic. It will be funded from entry fees paid at three phases of a horse’s life by the breeder, owner and pinhooker where applicable, and from Levy Board contributions from next season. With British racing set to resume on Monday there will be six eligible races run during the opening week of action, starting with the British Stallion Studs EBF Fillies’ Maiden at Newcastle on Tuesday.

“A scheme underpinning all pillars of the industry is the best way to support Thoroughbred breeding operations in Britain, and when key participants benefit, those funds are more likely to be reinvested into the British racing industry,” said TBA chairman Julian Richmond-Watson.

“GBB evolved from the latest economic impact studies commissioned by the TBA, and, after extensive collaboration across the industry, it will focus on assisting key areas of the race programme and horse population that can shape the future diversity of the breed.”

He added, “We are pleased to be able to deliver bonuses this year, with the number of races rising to approximately 3,000 in 2022. Breeders, owners, trainers, jockeys, stable staff and pinhookers can all benefit from the scheme, which supports the long-term sustainability of our industry.

“We are extremely grateful to all those who have helped deliver this initiative, most notably the Levy Board and steering groups, which have worked tirelessly on this project.”

The scheme will operate under a two-tier system, with fillies bred in Britain and by a British-based stallion eligible for 100% of the bonuses, while GB-bred fillies by stallions standing outside Britain are eligible for 50%. For the former, bonuses of £20,000 are available for specified fillies-only races, and £10,000 for specified races open to both sexes. Multiple bonuses can be won on the Flat and over jumps, though dual-purpose fillies must be signed up under each code.

On the Flat, 2-year-old fillies already paid up for Plus10 will be registered automatically to GBB and will be eligible for more than 160 races in 2020.

Over jumps, all NH MOPS-registered fillies and mares will be transferred to the enhanced GBB scheme and are eligible for more than 1,150 eligible races this year.

“There are about 640 GBB-qualified fillies who are signed up for Plus 10,” explained GBB scheme manager Grant Pritchard-Gordon. “The reason we’ve done that is to demonstrate to people that the scheme works. They paid a Plus 10 nomination fee and now there’s a chance to earn double.”

He added, “MOPS fillies are also now running for a lot more money and there are more races and no field-size limitations. The other concession which has been made for MOPS is that MOPS-eligible horses can run for bonuses as soon as jump racing starts again. The MOPS scheme has now closed down but they are automatically eligible for GBB.”

Registration fees are payable in three stages: £200 as a foal (£300 for non-TBA members), £200 as a yearling, and £350 by the end of February in the filly’s 2-year-old year. For National Hunt-bred fillies the final stage of registration is required by the end of August of the 3-year-old season.

From the foal crop of 2019 onwards, the eligible races in the Flat are:

The National Hunt races included are:

Commenting on the scheme, Richard Wayman, chief operating office of the BHA, said, “The importance of a vibrant and robust British Thoroughbred breeding industry for the future of our sport cannot be overstated. Now, more than ever, action is required to support our breeders, and the introduction of the Great British Bonus is a key part of this, offering a significant financial incentive for racehorse owners to invest in British-bred fillies. As well as boosting demand at the sales, the scheme should encourage more fillies to be tried on the racecourse. This important and necessary initiative is sure to have a positive influence in the years ahead.”

Further details of the Great British Bonus can be found on the scheme’s website.