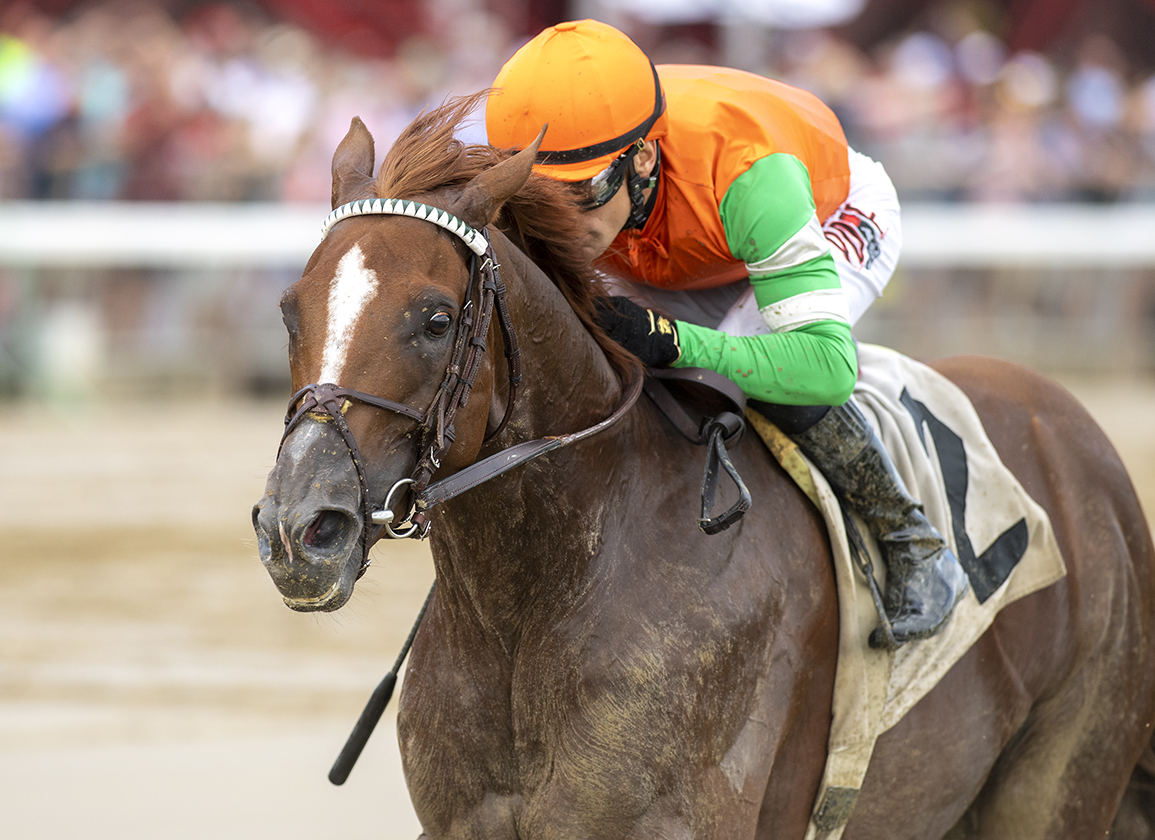 The lightly raced 4-year-old, a disappointing eighth in the GII Remsen S. in his juvenile finale, has been perfect in three starts since. The Don Alberto homebred was two-for-two in an abbreviated 2020 campaign, capped by a win with a career-high 101 Beyer Speed Figure in the GIII Discovery S. at Aqueduct Nov. 28.

“Bill [Mott] has always thought so much of the horse and he and his team have done a phenomenal job getting him back to the races,” Don Alberto racing manager Matt Hogan said. “Bill picked that allowance race–if he was going to run as well as we all hoped and expected him to–the timing fit for the Jockey Club Gold Cup. And that was what Bill and I spoke about beforehand, depending on the race, of course, that it would be the most logical step because Bill has always thought so highly of him.”

Making his first start in nine months going 1 1/8 miles in the Saratoga mud, Forza Di Oro traveled kindly in second beneath Junior Alvarado, made his move to gain command approaching the quarter pole, and took care of business from there to score by a much-the-best three lengths at odds of 8-5. He received a 100 Beyer Speed Figure for the effort, his fourth career win from six starts.

Patience continues to pay off and Mott and his team deserve all the credit, per Hogan.

“Bill is a Hall of Famer,” Hogan said. “This is what he does. He's phenomenal at that. A big horse like this, as Bill said, he's been a little bit of a project, but any little setback is obviously poorly timed. Giving him the time off and bringing him back this year, he just seemed a big, happy, fresh, sound animal that was ready to get out there and rock and roll when we put him back under tack here at the farm. To bring a horse off such a long layoff– yet again to such an impressive performance–just goes to show the capabilities of Bill and his team.”

“Bill said he came out of the race in good shape and that's all we can ask and hope for,” Hogan concluded. “We'll see how he progresses and moves forward before anything gets decided, but the [Jockey Club Gold Cup] is the idea, though.”