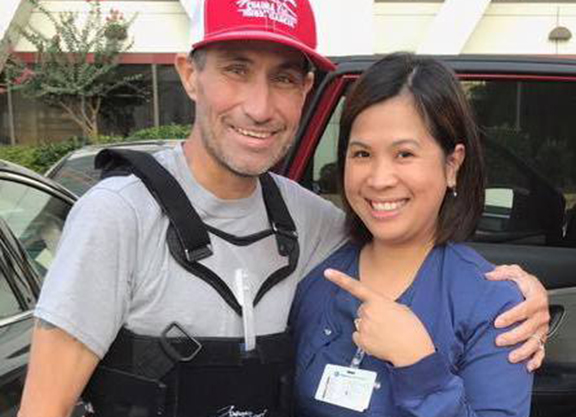 Reportedly, the 50-year-old Texan succumbed to devastating injuries he sustained in a March accident while riding in an unsanctioned horse race in Georgia. During his hospitalization, a family member said he spent 45 days in a medically-induced coma.

Because of his recent inability to gain licensure at many of the Southwest tracks where he had once been a leading Thoroughbred and Quarter Horse jockey, Chapa had attempted over the past six years to earn a living by riding at “bush tracks” that exist primarily in the South.

Although it is not a crime in most jurisdictions to race horses–nor is it against the law for people to gather and watch them–these unlicensed tracks generally host match races held on makeshift straightaways and profit from unregulated betting on those events.

On what is known as the “carril” circuit from New Mexico all the way up to the Carolinas, the drugging of horses, the fixing of races, and the permissibility of shocking devices are often the norm. The fact that there is no state-regulated veterinary oversight for horses, no safety standards for the tracks, and generally no ambulance service for jockeys who ride there only amplifies the danger.

“He leaves behind three beautiful daughters, precious grandkids, two families on both sides who loved him,” a sister-in-law, Danya Jegede, wrote on Facebook.

TDN could not immediately confirm the racing-related details of Chapa's accident in Georgia.

But if true, it would be the second catastrophic fall from a racehorse at a bush track that Chapa had sustained in the past four years.

On July 30, 2017, Chapa–arguably the most accomplished professional rider on the bush circuit–fell awkwardly after his Quarter Horse mount in a 250-yard match race veered in sharply and bumped with a rival runner at a Memphis, Tennessee, track known as “Carril el Gringo.”

Numerous Facebook photos and videos documented the spill at the time. Both rails of the Memphis straightaway were packed with tailgating fans who cheered lustily. Festive music blared and beer flowed. Horses broke from a rusty, four-stall gate and there was even a photo-finish camera to settle close races.

When Chapa went down, chaos ensued. Onlookers rushed to the stricken rider as the announcer shouted shrilly over the loudspeaker for people to stay off the track.

But Chapa came around and began to improve. On Aug. 22, 2017, his daughter, Samantha Chapa, posted on Facebook several photos of her father leaving Regional One Health Extended Care Hospital in Memphis. Even though he was wearing a back brace, in one shot Chapa's arms were raised in the familiar salute-to-God pose that was his customary winner's circle gesture.

Chapa, a graded stakes-winning jockey who won 1,722 races and earned $25.9 million in purses at sanctioned Thoroughbred tracks, began his career at now-defunct Bandera Downs in Texas on Apr. 25, 1993.

In 1994, when Chapa was still an apprentice, investigators found a nail wrapped in tape (to form a small handle) in his belongings prior to a race at Gillespie County Fair in Texas. Chapa denied that the nail was intended to scare a horse in to running faster, claiming that he instead used it to make holes in his stirrups. He served a nine-month suspension and was fined $2,500.

The Houston Press reported that in 2001, Chapa was charged with one felony count of cruelty to animals when a sheriff's deputy responded to a call about a man reportedly beating a Boxer dog with a leather strap. Chapa pled guilty to a lesser offense and served 10 days in jail.

At Sunland Park in 2007, Chapa was caught with an electrical shocking device in a Quarter Horse race. New Mexico regulators gave him a five-year suspension, but his license ended up getting reinstated on a probationary basis in May 2011.

Bizarrely, Chapa's most highly-publicized infraction involved self-implication when he became aware that a small section of a finish-line photograph showed him holding an illegal electrical horse shocking device while winning a stakes race at Sam Houston Race Park (SHRP) on Jan. 17, 2015.

That tiny photographic detail that was only observable under magnification–and then only if you were looking for it–might have gone unnoticed until Chapa, in a panic, contacted the track photographer the next day, demanding the removal of that fairly standard inside-rail photograph from the SHRP website because it was a “bad” picture.

The track photographer initially told Chapa he had no idea what the jockey was talking about. But upon closer inspection, an enlarged portion of that photograph revealed a tan, palm-sized device with protruding prongs in Chapa's partially closed left hand where the underside of his fist met the reins. The photographer contacted track executives, who passed the case along to regulators and law enforcement officials.

The Texas Racing Commission suspended Chapa for five years and fined him $100,000, believed to be the highest monetary penalty ever issued to a United States jockey.

Chapa also faced criminal charges related to that buzzer case. In 2017 he pled guilty to felony criminal charges of making false statements to a state investigator (lying about his knowledge of the photograph). Chapa was given an order of deferred adjudication and placed on “community supervision” probation for 10 years, while a related felony charge of “unlawful influence on racing” was dismissed.

Chapa was granted early release from his probation in 2019 and managed to pay off his massive six-figure fine–presumably with money he earned by riding at bush tracks during his banishment from sanctioned circuits.

On Feb. 27, 2020, Chapa got his riding license reinstated by the Texas commission. But SHRP officials immediately issued a “permanent exclusion” order when he tried to ride there, using private property rights to keep him off the racetrack.

Chapa was similarly rebuffed after meeting with stewards at New Mexico's Sunland Park in March 2020. Several weeks later, the Quarter Horse stewards at Remington Park in Oklahoma denied his application, citing “conduct throughout his career [that] has been unsportsmanlike and detrimental to the best interest of horse racing.”

When TDN reached Chapa via phone the day after he regained his Texas license, he texted the following statement:

“I am profoundly humbled by these past five years. It has been very hard on me and my family. I wholeheartedly apologize to everyone that my actions affected. I was wrong. I used a buzzer when I knew full well it was wrong. I cheated, and I got caught.

“That is not how I was raised and that is not the man I am now. I want to spend the rest of my career as a jockey earning back the trust of everyone.

“Horse racing has received bad publicity recently and I can't help thinking that I was part of the reason. That saddens me deeply. I want to be part of good publicity for this beautiful sport.

“Mine was the largest fine, $100,000, and the longest suspension, five years, in Texas racing history. It was deserved … I love horses and horse racing. Horses are my life. My actions five years ago betrayed their beauty and grace as athletes. I am capable of doing better. I will do better. I'm doing better now. See you in the starting gate.”

On June 8, 2020, Arapahoe Park in Colorado was the first sanctioned track to allow Chapa to resume riding.

Bruce Seymore, Arapahoe's general manager, told TDN at the time that “Everybody that wants to try to get themselves straight deserves a second chance … I think [if] somebody goes to jail and serves their time, they have a right to rebuild their life.”

Chapa won eight Thoroughbred races and three Quarter Horse races at Arapahoe last summer before moving on to win one race with each breed at Sweetwater Downs in Wyoming in September.

It is unclear whether Chapa sought additional licensure at other sanctioned tracks after last autumn. His prospects might have dried up when the smaller mixed-meet circuits out west stopped racing for the season. Trying to rebuild his riding career as a traveling jockey during the height of pandemic restrictions likely also added to his difficulties.

Although races on the carril circuit are openly advertised and promoted on social media, there are no formal race records to trace where and when Chapa might have spent the time between October 2020 and March 2021 trying to earn a living as a jockey.

As news of his death got around over the past several days (funeral service info here), a number of carril racing social media pages posted condolences to Chapa.

But underscoring the black-market nature of that form of racing, several of those carril pages featured tributes in Chapa's honor that were published alongside postings advertising performance-enhancing equine pharmaceuticals designed to give bush-track horses an edge to run faster.

One other aspect about Chapa deserves mentioning: The private, more spiritual, side of this embattled jockey contrasted sharply with his criminally-tarnished public persona.

At the time of his Memphis accident, many of the social media postings authored by friends and family highlighted what a deeply religious man Chapa was, noting how often he discussed, referred to, and quoted scripture from the Holy Bible.

“We are tested every day with temptation to do what we know is wrong. We wonder if it's a way for God to test us or Satan to defeat us,” Chapa wrote in an Aug. 28, 2017 text message that was shared at that time on social media by his daughter, Samantha.

“I've been wondering [if] what [I've] been going [through] is because God is testing my faith, or because Satan is tempting me to doubt God can provide,” Chapa wrote.