Taking Stock: Sharp as a Tack 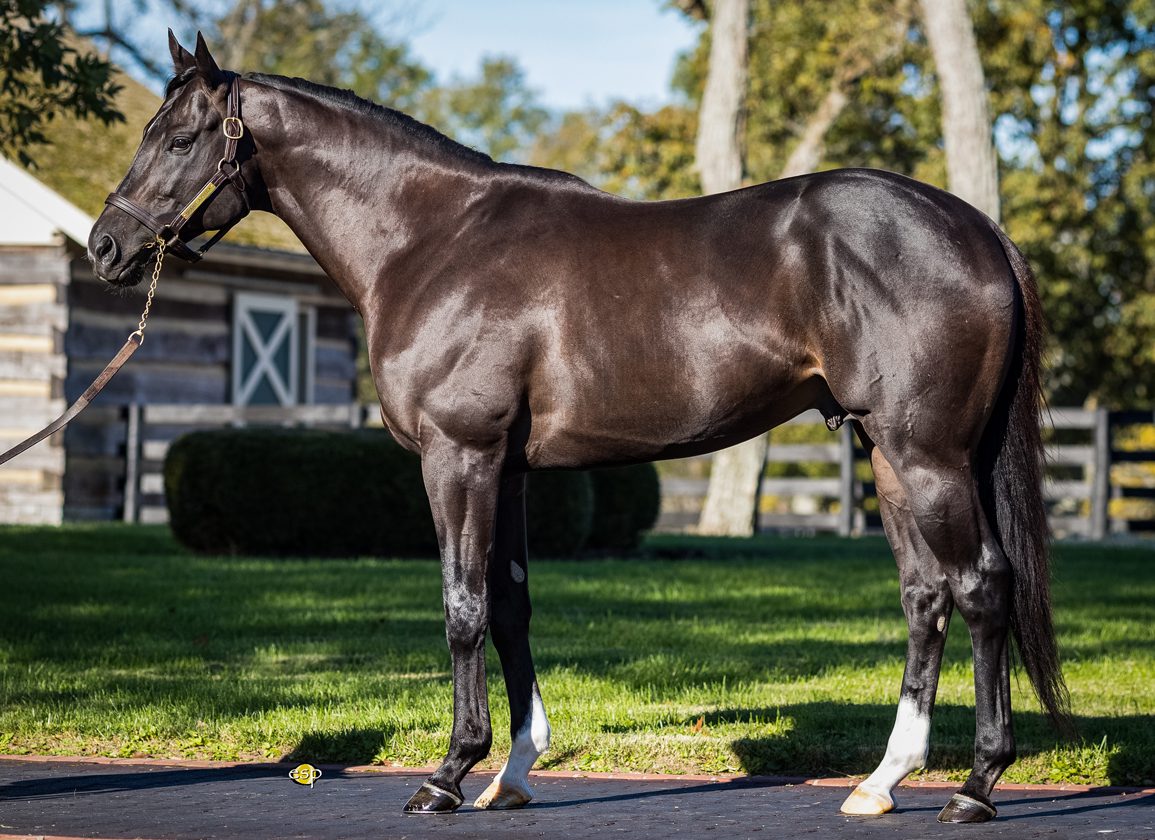 Pan the camera away from Saratoga and Del Mar, where the glamorous juveniles debut one after another, and focus for a moment on two lower-profile tracks that hosted two eye-popping performances this weekend.

On Saturday at Prairie Meadows, Tyler's Tribe, a 2-year-old Iowa-bred gelding by Sharp Azteca (Freud), won the 5 1/2-furlong Iowa Stallion Futurity by 12 1/2 lengths in 1:04:18 to remain undefeated in three starts. He earned a 90 Beyer Speed Figure–you read that correctly–for the easy score. It wasn't a fluke, either, because in his previous start Tyler's Tribe won the Prairie Gold Juvenile S. at the same track and distance by 8 1/2 lengths in 1:03.64, earning an 86 Beyer.

Now shift to Monmouth, where the 2-year-old colt Sharp Aza Tack, also by Sharp Azteca, won the 5-furlong Tyro S. Saturday on turf by 7 1/2 lengths in :55.71, his second win in as many starts. He was given an 85 Beyer.

Those speed figures are amongst the highest earned by juveniles males this year, and they were delivered by two first-crop runners of a stallion who started off for $10,000 at Three Chimneys but is surprisingly among the leading freshman sires and is as sharp as a tack on the lesser circuits.

Through Monday, Coolmore America's Justify (Scat Daddy) led all first-crop sires by progeny earnings with $558,021. The Triple Crown winner was unraced at two but is already represented by two group/graded winners, both fillies, one in Europe and the other at Saratoga. At Del Mar Sunday, another promising filly, Justique, won a 5 1/2-furlong maiden special in her first start by going from last to first in a visually stunning race, and she was promptly named a 'TDN Rising Star.' A $725,000 Keeneland September purchase, Justique was given a 72 Beyer for her win. Her sire stood for $150,000 in his first year at stud and obviously attracted some of the best mares around. Justique, for example, is a half-sister to Grade l winner Mo Town.

The same can't be said for the first book of Sharp Azteca, a Grade l winner of $2.4 million, but he is nevertheless second to Justify by earnings with $521,940 and tied with him as co-leader of black-type winners. And Sharp Azteca leads all freshmen sires with 13 winners, which is seven more than Justify has so far. This is surprising because the stallion raced only once at two, in December at that, and he didn't win his first start until late February at three, like Justify. What this suggests is that perhaps the Sharp Aztecas will have improvement in them with age, and perhaps he won't end up as a flash in the pan, as most inexpensive stallions who strike early but fail to sustain momentum do. Only time will tell, of course, but at the moment, Sharp Azteca is a revelation and another success story for Three Chimneys, which hit the lottery last year when Gun Runner (Candy Ride {Arg}) surpassed already lofty expectations with his first crop to land the freshman sires' championship. He has since gone on to even greater glory with his 3-year-olds.

Sharp Azteca's first yearlings weren't particularly in demand, averaging $36,228, with a median of $30,000 last year. Tyler's Tribe made $34,000 as an Iowa yearling. Sharp Aza Tack sold for twice the average, $72,000, at Keeneland September and then again for $100,000 at OBS March this year. He's been his sire's only maiden winner at a top track so far. Before the Tyro, the colt won a five-furlong maiden special on turf at Santa Anita.

Sharp Azteca's other winners have come at places like Ellis Park, Lone Star, Canterbury, Louisiana Downs, Colonial, Finger Lakes, Puerto Rico, Mexico, etc., so he's bringing the fight to Justify and other higher profile first-crop sires from the bottom up and doing an admirable job of it. For instance, the filly Alma Rose won a six-furlong maiden special at Colonial Downs July 19 by 10 1/2 lengths; a day earlier, another filly, Cuz Ur Pretty, won a five-furlong maiden special at Finger Lakes by 9 3/4 lengths; Mister Sharpie won a five-furlong maiden special at Louisiana Downs July 10 by 5 lengths.; and Tyler's Trible won his debut June 20 at Prairie Meadows in a 4 1/2-furlong race by 16 3/4 lengths. You get the picture.

Both Tyler's Tribe and Sharp Aza Tack have run fast enough to suggest they will be competitive at places like Saratoga and Del Mar, and if they take after their sire, they should improve with age, too. If and when that happens, Sharp Azteca's profile will get a huge boost.

The camera loves Sharp Azteca. He's an exceptionally well conformed and attractive stallion. See for yourself in the embedded video. He's also a grandson of Storm Cat, and his first four dams are by such sires as Saint Liam, Conquistador Cielo, Danzig, and Forli. His dam is a half-sister to the dams of Firing Line, who was second in the Gl Kentucky Derby, and multiple Grade l winner Bowies Hero. His fifth dam is Canadian champion filly and Broodmare of the Year Kamar, a daughter of Key to the Mint who was a foundation mare for Three Chimneys, producing millionaire Gorgeous for then Three Chimneys owner Robert Clay (she was bred by Hermitage Farm, A.G. Clay, and R.N. Clay), as well as Gl Kentucky Oaks winner Seaside Attraction (bred by the same partnership as Gorgeous) for W.T. Young's Overbrook.

The disgraced trainer, who's now behind bars, handled Sharp Azteca throughout his career. In March of 2020, Navarro, with others, was charged by the U.S. Attorney's Office of the Southern District (SDNY) of New York with two counts of misbranding and adulterating drugs and “doping” horses within his care.

In 2019, Sharp Azteca covered 195 mares in his first year at stud, according to figures from The Jockey Club. In 2020, the number dropped to 101–something that's common for second-year horses. In 2021, the horse covered only 36 mares, and this year the number was 32, at $5,000 live foal, according to Three Chimneys (The Jockey Club figures haven't been published yet).

These numbers aren't entirely out of line in the commercial marketplace, but Navarro's association with the horse undoubtedly depressed them further and more than likely took a bunch of bidders out of the ring for his first sales yearlings as well.

In August of 2021, one month before the Keeneland September sale, Navarro cut a deal with SDNY and pled guilty to one charge of misbranding and adulterating drugs and admitted in court he'd administered PEDs to Sharp Azteca among others.

That's a stain that's not easy to wipe away, but Sharp Azteca is sure making an effort to do so in his second career as a stallion.