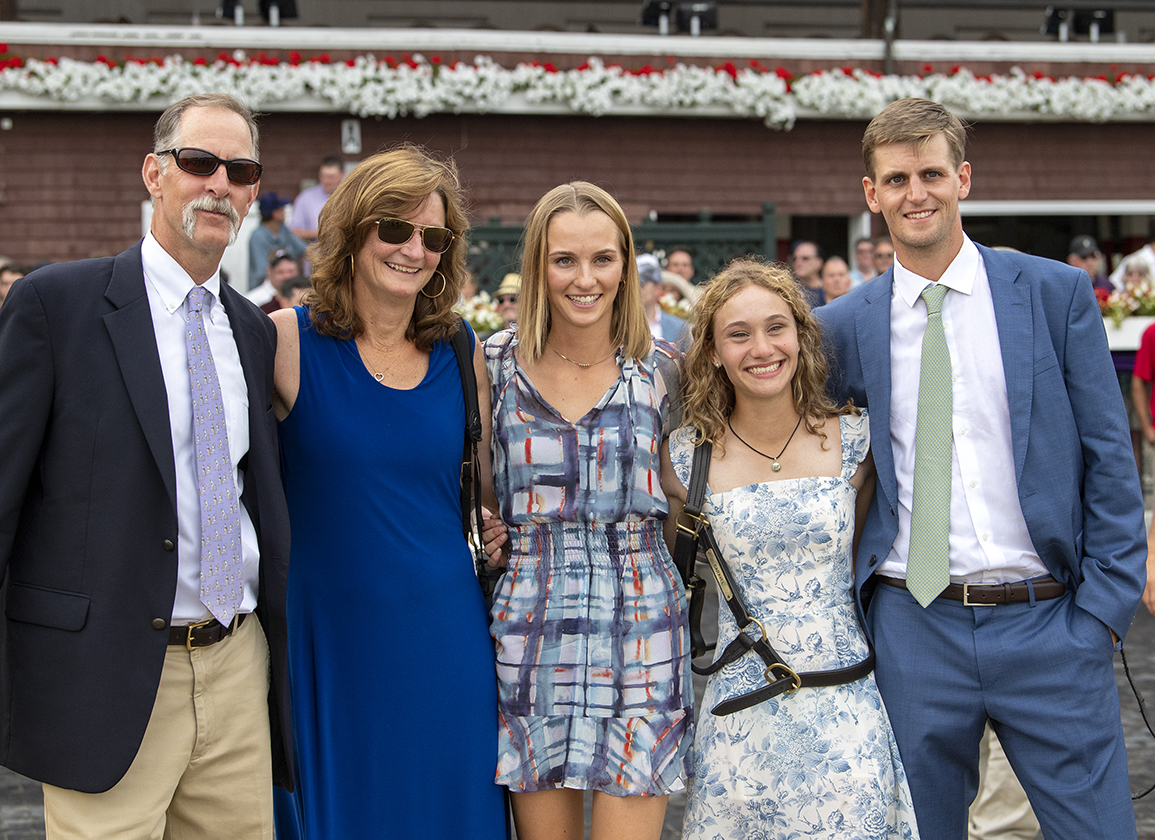 The game is getting smaller and the bigger players are getting larger. That's how it seems, anyway, whether you're talking about owners, breeders, trainers or stallions.

One of the best stallions in the world, Frankel stands for £175,000 and is patronized by high-end breeders like Godolphin, which also races Frankel's G1 Irish Derby winner Hurricane Lane (Ire). Two weeks ago, Hurricane Lane won the G1 Grand Prix de Paris at Longchamp, giving his sire the two best European 3-year-old colts of the season and Godolphin an embarrassment of riches. Godolphin is also enjoying a banner season in North America with such as Maxfield (Street Sense), Essential Quality (Tapit) and Mystic Guide (Ghostzapper) among many others.

It's much the same story if you substitute the “Godolphin” name with Coolmore, Juddmonte, WinStar, or several other prominent ownership groups, just as you can count on two hands the high-profile super trainers that condition most of the top horses or the elite group of stallions that have cornered the market on the best mares in the world to get the drift that racing is indeed becoming exclusively a sport for the “kings” of the game.

That's why it's always refreshing to see success for smaller players on a big stage. These days, it's rare, but it happens.

Juddmonte's Kentucky-based Mizzen Mast, a still-active 23-year-old who stands for a fraction of Frankel's fee and is far removed from the height of fashion, also was represented by a graded winner on Saturday when the 4-year-old Pennsylvania-bred filly Caravel won the Glll Caress S. on turf at Saratoga. The Caress obviously isn't as glamorous a race as the one Adayar won, but it was a triumph for a segment of the game that's quickly disappearing. The filly was bred and is co-owned by her trainer Elizabeth Merryman, who comes from a Maryland racing family that's been breeding and training homebreds for decades.

Mizzen Mast, who stands for $7,500, began his racing career in Europe, where he was a notch below the best of his generation. He was second in the Grand Prix de Paris, the race Hurricane Lane won, but he didn't find success at the highest level until he was transferred to California and won the Gl Malibu S. at Santa Anita on the dirt. Ironically, as a stallion he gets his best runners on turf, and seven of his eight Grade I/Group 1 winners (excluding one in Peru) have performed at that level on grass. In that sense, Caravel is running true to form, and she's reportedly being aimed for the Gl Breeders' Cup Turf Sprint. If that sounds ambitious, keep in mind that several fillies have won the race, including two-time winner Mizdirection, who also was sired by Mizzen Mast.

From what I've read, Merryman got Caravel's dam Zeezee Zoomzoom (Congrats) for free after she was done racing. The mare's lone win had come in a one-mile maiden special on the turf at Saratoga, and Merryman sent her, sight unseen, to be covered by grass specialist Mizzen Mast, a friend of small owner/breeders because he gets runners at an affordable fee. Caravel was foaled at her breeder's farm in Pennsylvania.

Merryman acquired her skills naturally and from an early age. Her parents were the late John B. and Katharine “Kitty” Merryman, longtime Maryland owner/breeders who owned the 500-plus acre The Orebanks, a farm near Sparks, MD, where they raised six kids, along with horses and cattle. Her father once headed the Maryland Horse Breeders' Association, and her parents bred and raced the decorated Maryland-bred filly Twixt (Restless Native) in the 1970s with relative Mrs. John Franklin, in whose colors she ran.

Twixt was bred by the Merrymans from an inexpensive mare and was sired by an Alfred Vanderbilt-bred and -owned son of Native Dancer who'd made only three starts (no stakes) and was standing at his owner's Sagamore Farm for $1,000.

I was a kid following racing during this period and was fortunate to see the popular Twixt race several times. All told, she won 26 races from 70 starts, including the Gl Top Flight H., and earned $619,141. She was trained by Katy Voss (who owns Chanceland), Elizabeth Merryman's oldest sister. Of the Merrymans' six kids, five became trainers at one time or another, mostly starting out with their parents' stock.

Back then, this wasn't as rare as it now seems. There were plenty of folks like the Merrymans in the Mid-Atlantic region with similar backgrounds–educated, somewhat preppy, frequently WASPy–whose lives revolved around horses and livestock, whether it was showing ponies, riding hunts, timber racing or racing on the flat. It's a world in which horsemanship was crafted from the bottom up, and horses were developed with patience, because racing them, instead of selling them as yearlings, was the priority. It's why Katy Voss could seamlessly take Twixt to the biggest of stages and compete against the best trainers of the era, just as Elizabeth Merryman has now done with Caravel at Saratoga.

Like Twixt, who was unraced at two and brought along patiently, so too was Caravel. Merryman, who trained Caravel at Fair Hill, started her five times last year at three, winning four sprint races with the filly, all in the Mid-Atlantic region at Penn National and Presque Isle in races on turf or all-weather. Caravel made one start at Pimlico, in the Listed Hill Top S., in which she was third in her lone start at a mile and a sixteenth on turf, but the filly won two black-type races on the all-weather at Presque Isle.

Once Merryman had established that sprinting on turf or all-weather was Caravel's metier, the trainer has honed that aspect of the filly's game and gradually upped the level of competition, culminating in her first graded win on Saturday–her fourth start of 2021. To date, Caravel has won seven of nine starts and earned $367,872, with her best days seemingly still to come.

This is a pattern of development that's rarely seen nowadays because the focus of many, it seems, is on the now instead of the future. You see it all the time with trainers quick to jump young well-bred maiden winners into graded black-type races to enhance value as quickly as possible, sometimes to the detriment of development.

As it turns out, Merryman has been rewarded for her patient approach with Caravel, because chef and high-end collector Bobby Flay purchased a reported 75% of the filly prior to the Caress, and she ran in his silks. Caravel, with Merryman's blessing, has now been moved to Graham Motion's barn to prepare for a possible tilt at the Breeders' Cup Turf Sprint.

Elizabeth Merryman's daughter Liza Hendriks is a graduate of the Godolphin Flying Start program and is co-founder of the monthly online auction site Wanamaker's, which debuted last year. I have no idea what Flay paid for his interest in Caravel, but the filly was available for purchase on Wanamaker's last October before her run in the Hilltop S. She didn't find a buyer and was unsold for a $330,000 RNA–a bargain in retrospect.

As a family, the Merrymans have been strong supporters of Wanamaker's, with Chanceland, Katy Voss's farm, and Ann Merryman (another trainer and sister to Katy Voss and Elizabeth Merryman who races as The Orebanks) also consignors on the site. I've been a longtime fan of Ann Merryman's Twitter page (the handle, @Orebanks, is a paean to the farm where it all began for her parents), but that aside, it's notable that she sold her homebred gelding Fiya (Friesan Fire) to Robert Masiello last July on Wanamaker's for $400,000. Fiya has since won four of five starts for Masiello, including the Maryland Million Turf Sprint H. and the Claiming Crown Canterbury S., and most recently Fiya won an allowance/optional claimer at Belmont on July 4.