Take Charge Brandi to Curlin in 2016 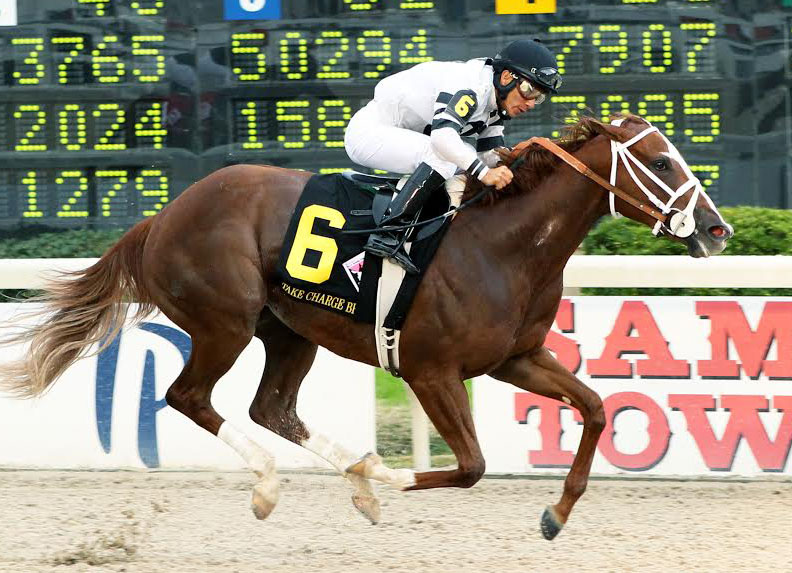 Champion Take Charge Brandi (Giant’s Causeway–Charming, by Seeking the Gold), who topped the Keeneland November Breeding Stock sale when selling to John Sikura’s Hill ‘n’ Dale Equine for $6 million (hip 450) Tuesday in Lexington, will be bred to leading sire Curlin next season, Sikura announced Saturday. Sikura and partners purchased a 20% share in Curlin earlier this year and the stallion has been relocated to Hill ‘n’ Dale for the 2016 breeding season.

‘We believe Curlin is poised to become a great stallion,” Sikura said. “As significant investors in the horse, we feel obligated to support him to the fullest with our best mares. Take Charge Brandi joins an elite group of mares that will visit Curlin replete with champions, dams of champions and Grade I winners.”

Take Charge Brandi was named last year’s champion 2-year-old filly after capturing the GI Breeders’ Cup Juvenile Fillies. She is out of a daughter of broodmare of the year Take Charge Lady (Dehere), whose War Front weanling filly set a North American record when selling for $3.2 million at Keeneland Tuesday. Take Charge Lady is also the dam of champion Will Take Charge (Unbridled’s Song) and Grade I winner Take Charge Indy (A.P. Indy).

“I love the mating from every point of view: class, compatibility and commercial appeal,” Sikura added.