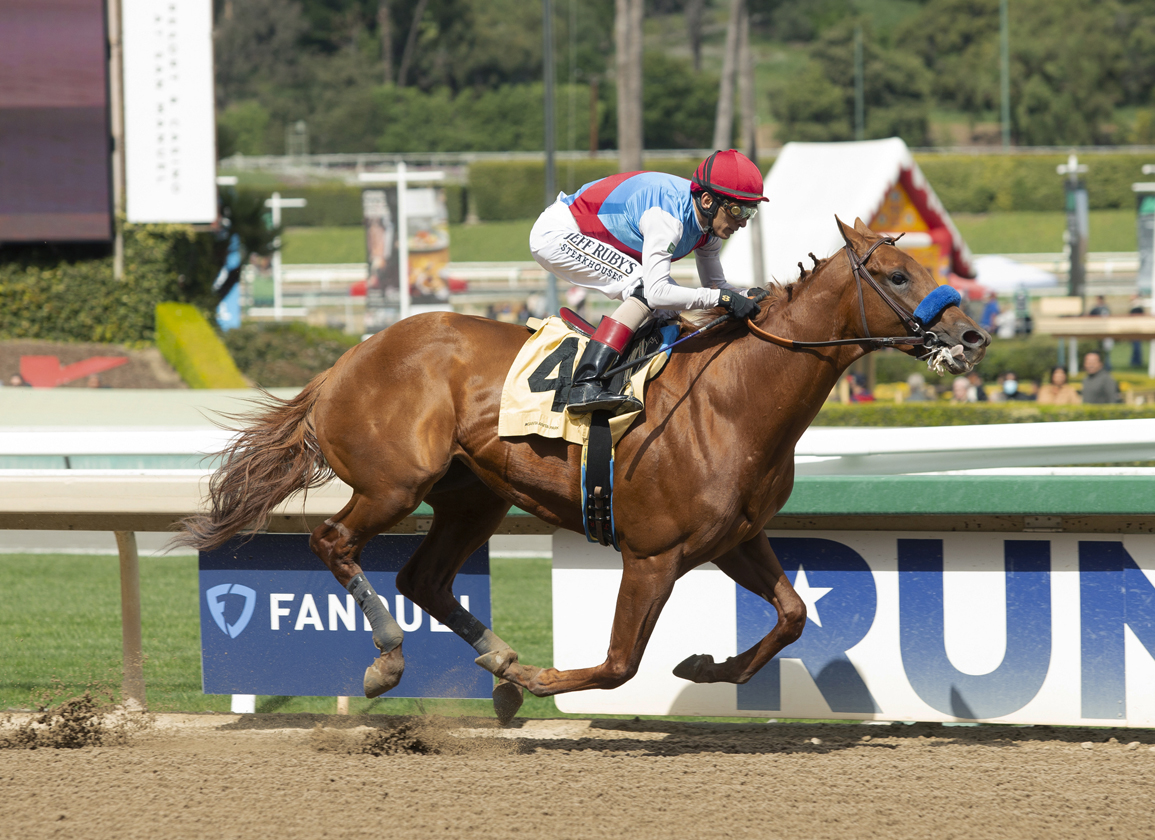 Undefeated 'TDN Rising Star' Taiba (Gun Runner) had his final work ahead of the May 7 GI Kentucky Derby Thursday at Santa Anita, going six furlongs in 1:12.80 in company with Drayden Van Dyke aboard.

“It was very straight forward,” trainer Tim Yakteen said. “He worked three-quarters from the five-eighth pole. It was a typical Taiba work and we accomplished what we wanted. I got him in 1:12.60 and out in 1:26. We're good.”

Yakteen will work Santa Anita Derby runner-up Messier (Empire Maker) Friday in Arcadia. Both colts are scheduled to fly from Los Angeles to Indianapolis Sunday and then van south to Churchill Downs.

“My general feeling is that both horses are doing really super,” Yakteen said. “They are both very professional and make my job easy.”