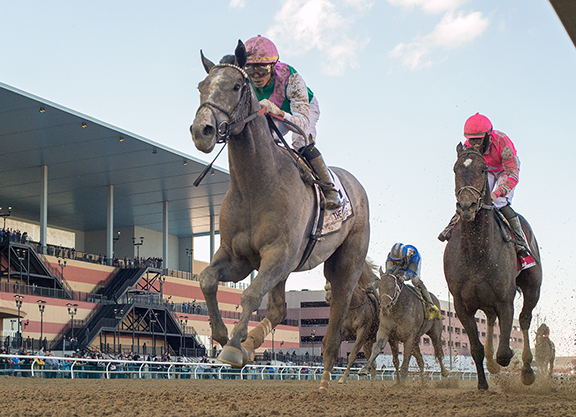 Mott also provided an update on his Kentucky Derby winner Country House (Lookin At Lucky), who was forced to miss the GI Preakness S. with a fever and will be pointed for a summer campaign.

“Country House is back on the track at Churchill–he's jogging, he's doing fine,” said Mott. “He's a horse you'd look at for the [July 27 GII] Jim Dandy with the [GI]Travers as the [longer term] goal.”

“Master Fencer had one lap of jogging on the training track, with a jog and light gallop at the main track as his schooling,” said Mitsuoki Numamoto, racing manager for owner/breeder Katsumi Yoshizawa. “The horse was very fresh and energized because of his day off yesterday, and shows no tiredness from shipment. Since the surface is pretty similar to Japan dirt, he seems okay for [racing on] this surface.”

Master Fencer is scheduled to breeze five furlongs on the Belmont main track Wednesday morning under Julien Leparoux, who's slated to ride the colt in the Belmont.