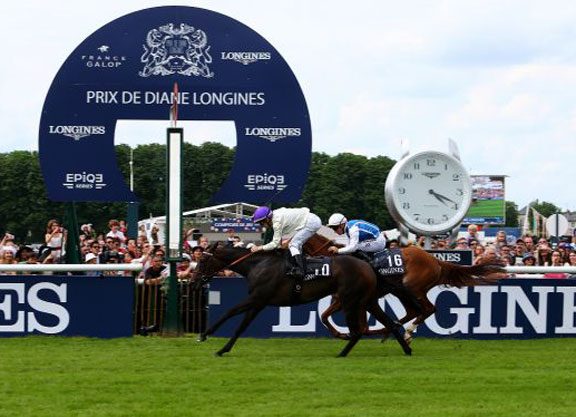 In Great Product. Lousy Product. Same Price? (TDN, June 15 2016), Bill Finley uses the same logic for pari-mutuel wagering as would apply to any item on the market. “If you give the customer a good product and price it fairly they will buy it.”

He then makes several proposals that will seem radical at first view, including:

“Don't treat every racing day the same. Again, one would like to see racing lower all takeouts across the board, but that's not going to happen. But would anybody really mind if the takeout was raised a couple of points on Kentucky Oaks and Kentucky Derby Day if it was in turn lowered on the rest of the meet at Churchill, which often includes plenty of races that are unbettable?”

A related Finley proposal would lower takeout for smaller fields and raise it for large ones. He calls this a “sliding scale”.

The reason these proposals at first seem so unreasonable is that we horseplayers are trapped by tradition and constricted by ritual. The reason they are so reasonable is that racing already has a sliding scale! Finley notes that win betting at the NYRA has a 16% takeout while the player is charged increasingly more for exactas (18.5%) and trifectas/superfectas (24%). Evidently, players consider straight wagering a rather lousy product compared to exotics, and the racetracks price this into their menu.

In France this sliding scale is even more pronounced. The takeout on win wagering is slightly less than at NYRA: 15.407%, but two-horse exotics are much more expensive on the French menu: 25.207%. Once you get to three-horse exotics, the French takeout is identical to that of New York.

Some of the best bets in France are the four-horse and five-horse extended quinellas, called Multi (31% takeout) and Pick 5 (35%). By quinella we mean that you pick them in any order. In Sunday's 16-horse G1 Prix de Diane, even with the favorite finishing first, the four-horse multi paid €3,402 for a €3 wager. That's greater than 1,000-1 odds, but the French version of the IRS does not impose a second tax, so for larger payouts, the 31% is not so obscene.

Finley's logic seems to have been applied in France. With a considerably larger average field size than in American racing, the higher French takeout makes no dent in bettor motivation. Beyond field size there are other reasons that players perceive a superior product and are willing to pay for it. For example, the Multi allows us to enlarge the ticket to five, six or even seven horses for the same €3 price. A seven-horse ticket amounts to 35 combinations. In the Prix de Diane, the player who purchased a seven-horse Multi ticket (with the top four finishers among them) for €3 received €97.20 in return.

Statistically, the best longshot players have more seconds than wins, and more thirds than seconds. Proficient longshot handicappers are punished for their prowess. The Multi rewards good longshot handicapping. Since you're picking them in any order, if you can pick out a 50-1 horse to finish fourth, it's as good as if he won. (The American superfecta, even when boxed, does not reward a fourth-place finish to the same degree.)

The French betting menu is further enhanced by side dishes for cowardly players like yours truly. I found at least 11 of the 16 Prix de Diane entries with a good chance to finish somewhere in the top four. Traditionally this race is kind to longshots. I did not want to make a win bet on the undefeated favorite and eventual winner, Jean-Claude Rouget's La Cressonniere (Fr) (Le Havre {Ire}) at less than 3-1, but I did notice that high-percentage trainer Francis-Henri Graffard had supplemented Volta (Fr) (Siyouni {Fr}). In their past performances, both La Cressonniere and Volta had defeated the same steady stakes horse by 2 1/2 lengths, in separate races but at the same distance and track. It was reasonable to project Volta finishing near La Cressonniere.

A placé (show) payoff for Volta could be depreciated by the presence of La Cressonniere in the top three, but with such a deep field, there was another option for betting on Volta: the 2 Sur 4 (2 of 4). The winner collects on such a bet if the chosen two horses both finish anywhere in the top four.

Volta did finish third, but with two longshots in second and fourth, the 2 Sur 4 payout of 5/1 was better than the placé/show payout of 3-2, and even if Volta had finished fourth, I'd have collected.

In conclusion, in addition to Bill Finley's valuable and reasonable proposals, American racing should add some imaginative exotic products for more prudent players in daunting large fields. If it's a good product, the customer will buy it.

P.S. I had good reason to like two horses in this year's Belmont Stakes while considering that the favorite was vulnerable. With the second and fourth finishers in the 2 Sur 4, I collected at 10-1 in France. This wager was, of course, not available at Belmont.