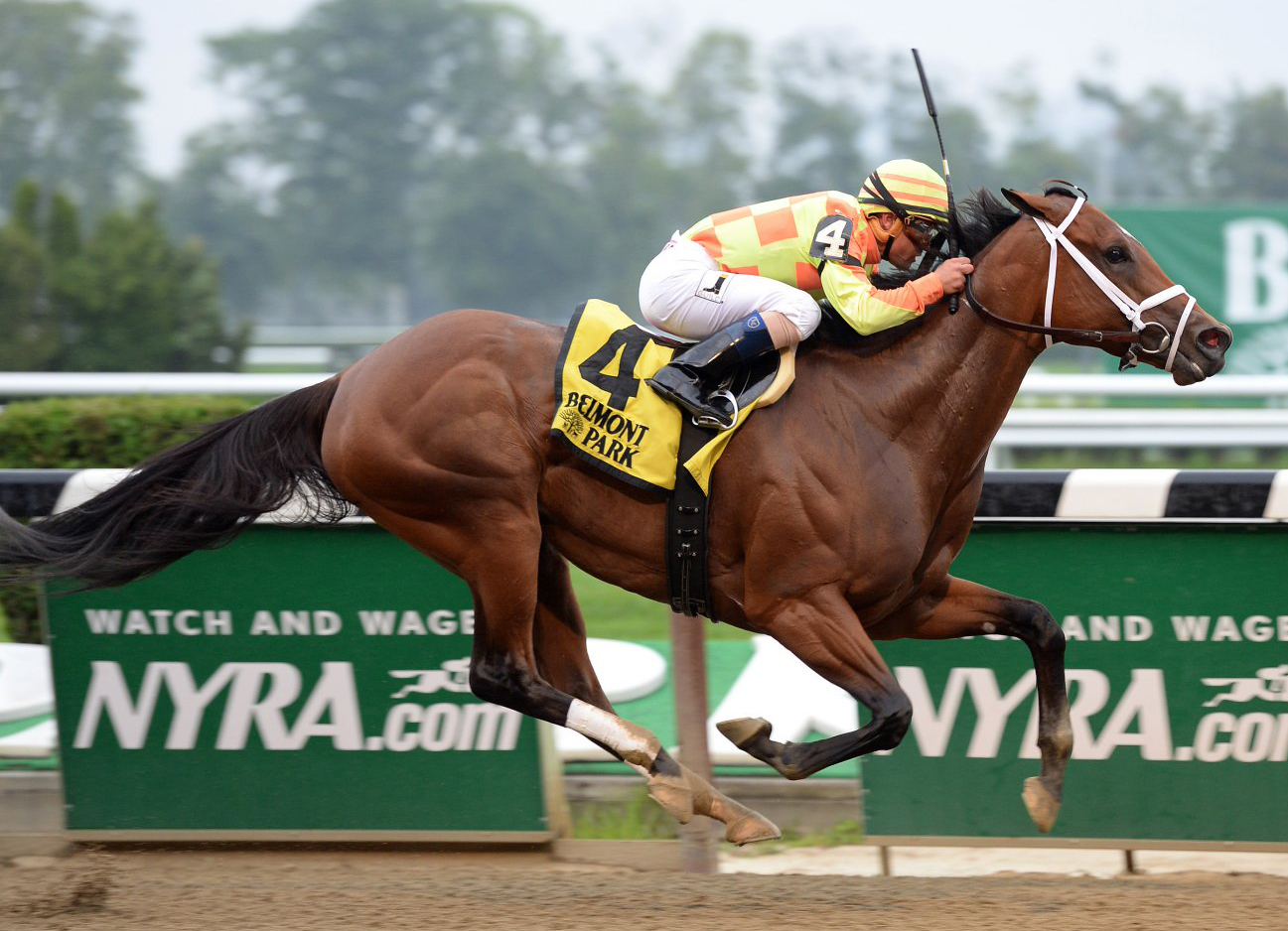 4th-GP, $50K, Msw, 3yo, f, 6f, post time: 1:33 p.m. ET
Sheikh Hamdan's Shadwell Stable went to $800K at last year's Keeneland September sale for PRAIRIE WINGS (Tapit), a daughter of the unraced, but immaculately bred Love Me Only (Ire) (Sadler's Wells). Summer Wind Farm acquired the daughter of MGSW/GISP Mariah's Storm (Rahy) for $2.1 million at KEENOV in 2011 and the foal she was carrying at the time became Storm The Stars (Ire) (Sea The Stars {Ire}), winner of the 2015 G2 Great Voltigeur S. and placed in the G1 Investec and Irish Derbies. Love Me Only is a half-sister to the late Giant's Causeway (Storm Cat) as well as his MGSW full-sister You'resothrilling, who has since gone on to breed champion MG1SW Gleneagles (Ire), MG1SW Happily (Ire), G1SW Marvellous (Ire) and the GSW & GISP duo Taj Mahal (Ire) and Coolmore (Ire), all to the cover of Galileo (Ire).

The 3-1 morning-line selection squares off against Token (Curlin), a homebred for Claiborne and Adele Dilschneider, whose dam Sign (Pulpit) won the 2012 GII Pocahontas S. and is a half-sister to Vexed (Arch), victorious in the 2013 GII Golden Rod S. TJCIS PPs

6th-GP, $50K, Msw, 3yo, f, 1m, post time: 2:32 p.m. ET
SPICE IS NICE (Curlin), the first foal out of Bobby Flay's GI Humana Distaff S. winner Dame Dorothy (Bernardini) gets her career under way for Robert and Lawana Low and trainer Todd Pletcher, who also conditioned the dam. Bidding on behalf of the couple, bloodstock agent Jacob West launched the winning salvo at KEESEP in 2018, telling the TDN at the time, “She didn't look like a first foal. She actually, to me, looked like a colt. She was big, strong, good-boned. She had everything you look for [in good colts].” Dame Dorothy, who was RNAd for $3.1 million in foal to Uncle Mo at the 2019 KEENOV sale, is a half-sister to the late Bettina Jenney's Mrs. Lindsay (Theatrical {Ire}), winner in France of the G1 Prix Vermeille and in North America of the GI E. P. Taylor S. Mrs. Lindsay has since gone on to produce MSW & G1SP Mr Owen (Invincible Spirit {Ire}). TJCIS PPs