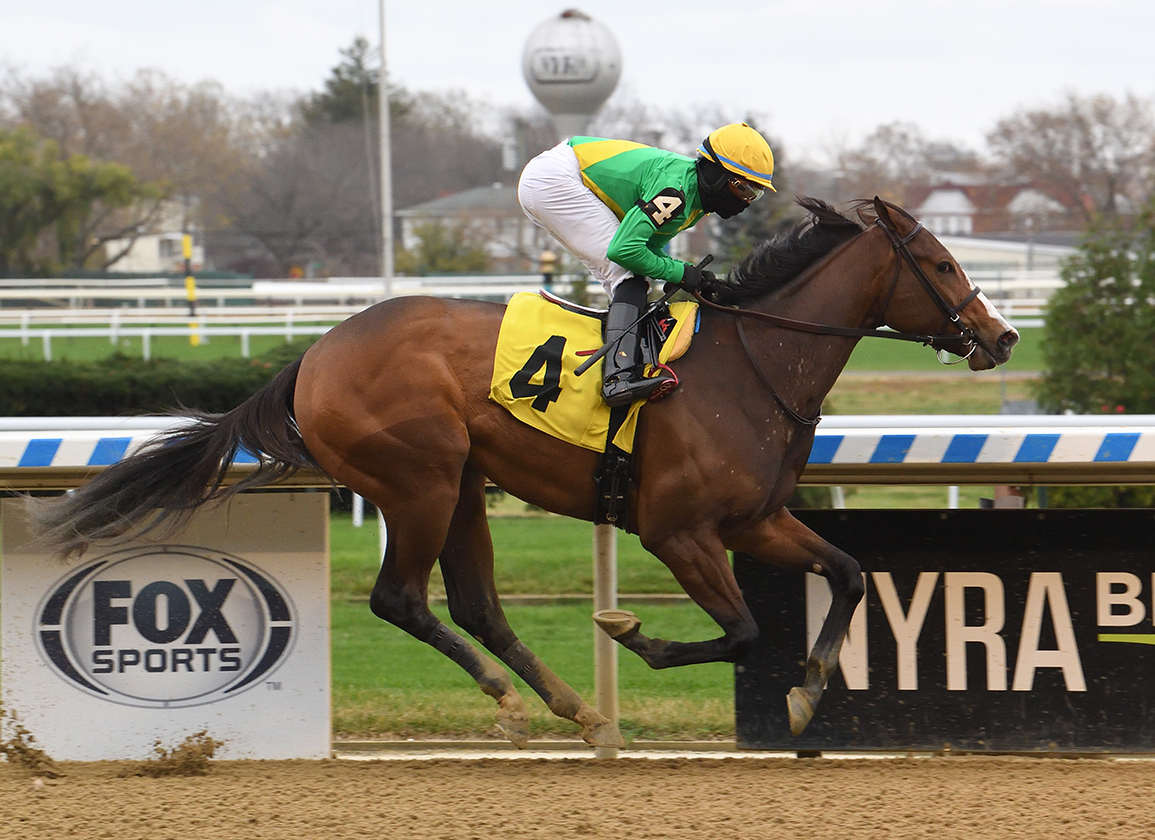 7th-BEL, $92K, Alw, N1X, 3yo/up, f/m, 6f, post time: 3:47 p.m. ET
The rail-drawn HARPER'S IN CHARGE (Malibu Moon) makes her first start since posting a runaway wire-to-wire 'TDN Rising Star' performance on debut at Aqueduct Nov. 15. The $220,000 KEESEP yearling purchase's unraced dam Azara (More Than Ready) is a half-sister to the brilliant Tepin (Bernstein) and MGSW Vyjack (Into Mischief). Harper's in Charge has a pair of bullets on her worktab for this at Christophe Clement's Saratoga base. Even-money morning-line favorite Bella Sofia (Awesome Patriot), runner-up behind the unbeaten Australasia (Sky Kingdom) in the Jersey Girl S. at second asking June 6, is cross-entered in Saturday's GIII Victory Ride S. at Belmont. She previously romped by 11 1/4 lengths with a gaudy 94 Beyer on debut May 6. TJCIS PPs