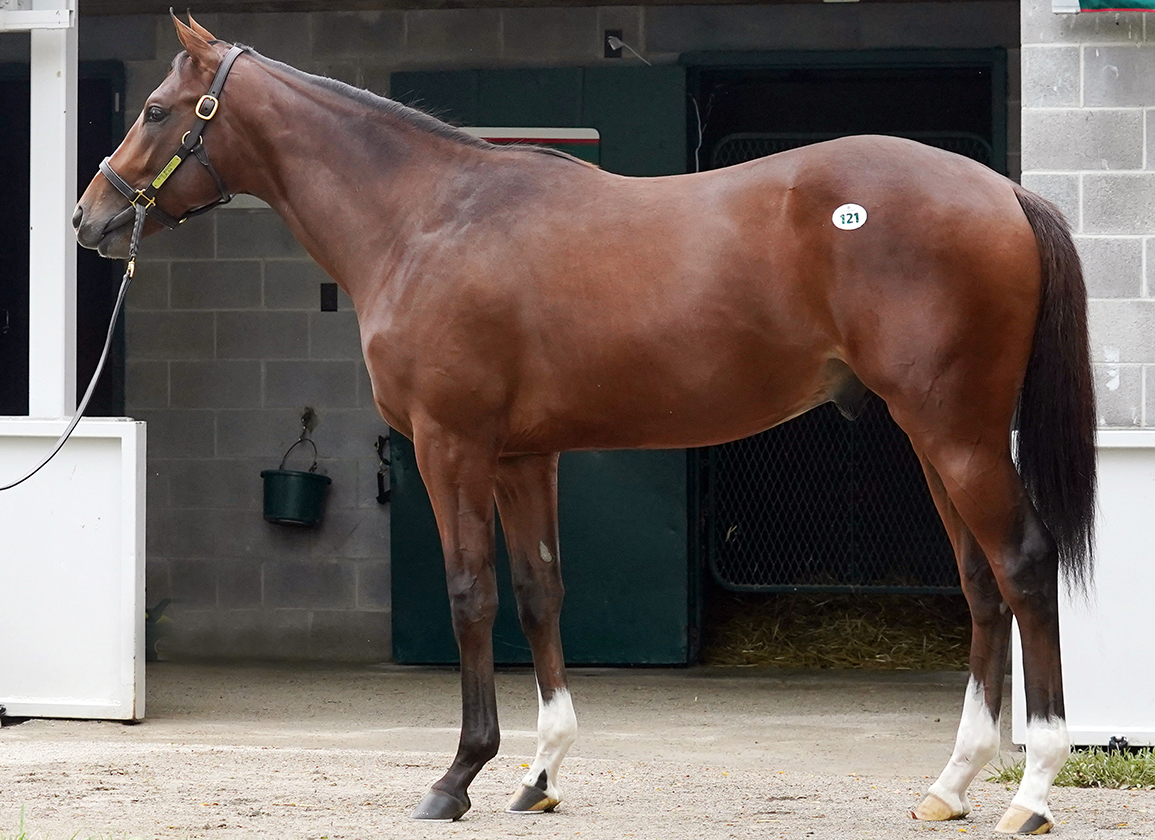 2nd-SAR, $100K, Msw, 2yo, f, 1 1/16mT, 1:41 p.m.
LOVE TO RUN (Connect) debuts for Breeze Easy LLC and trainer Mark Casse, who enjoyed is year-delayed induction into the National Museum of Racing Hall of Fame Friday. Piloted by Tyler Gaffalione, who is striking at a 19% clip at the current meet, the half to MSP Thanks Mr. Edison realized a $640,000 final bid from agent Tom McGreevy following a 10 2/5 breeze at the OBSAPR Sale. The price represented the top price for a 2-year-old filly and the second-highest price for a juvenile this season. TJCIS PPs