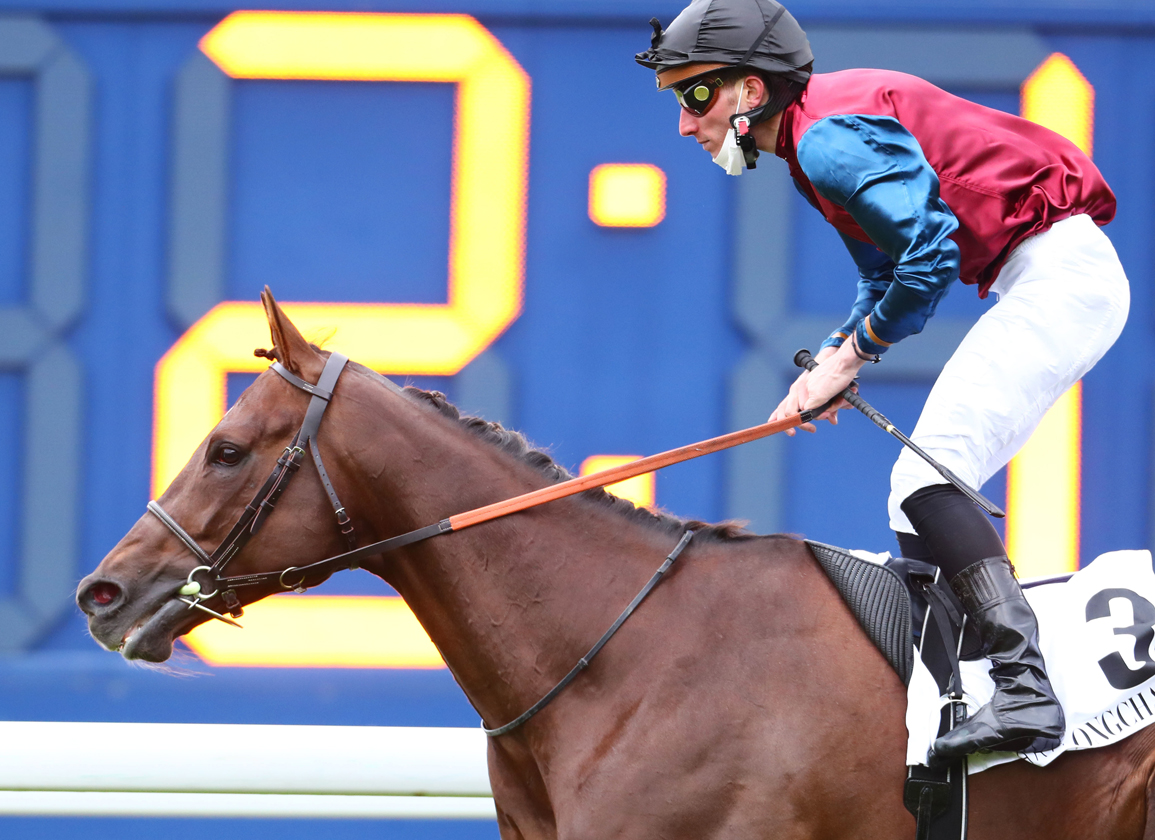 It has been mooted more than one this spring, but without labouring a point it seems clear after the declarations for the racing at ParisLongchamp on Sunday that Messrs Fabre and Peslier are linked again, at least for the time being. France's dynamic duo combine with two major chances in the group races on the fixture, with Lady Bamford's Dreamflight (GB) (Frankel {GB}) in the nine-furlong G3 Prix la Force and with Gestut Schlenderhan's returning Mare Australis (Ire) (Australia {GB}) in the G2 Prix d'Harcourt over a mile and a quarter. The latter is racing for the first time since winning the G1 Prix Ganay here last May, so will he be sharp enough to deal with fellow top-level scorers Skalleti (Fr) (Kendargent {Fr}) and Sealiway (Fr) (Galiway {GB})?

Will Dreams Shatter For Tumbler?

Taking on Dreamflight in the Force is the Wertheimers' exciting colt Tumbler (Fr) (Kingman {GB}), who earned 'TDN Rising Star' status with his 10-length debut romp at Saint-Cloud in October. Entered in the G1 Poule d'Essai des Poulains and G1 Prix du Jockey Club, the relative of Falco re-enters the fray over this interim trip to help Carlos Laffon-Parias decide which route to take. In the G3 Prix Vanteaux for fillies also over nine furlongs, man-of-the-moment Peslier maintains his allegiance to Jean-Etienne Dubois's Listed Grand Criterium de Bordeaux winner Singforthemoment (Ire) (No Nay Never) in what should be another informative afternoon.

To say that the 3-year-old career of 'TDN Rising Star' High Definition (Ire) (Galileo {Ire}) was an anti-climax is an understatement, but Ballydoyle's 2020 G2 Beresford S. winner gets a clean slate in the G3 Alleged S. at The Curragh. The truth is, we still don't know how much ability he has and this should begin to enlighten us. In the card's G3 Gladness S., another star of the 2020 juvenile scene and fellow 'TDN Rising Star' Thunder Moon (Ire) (Zoffany {Ire}) also makes his comeback. It seems a long time since Chantal Regalado-Gonzalez's colt sparkled in the G1 Goffs Vincent O'Brien National S. and if he can give 13 pounds weight-for-age to the Madrid H. scorer Markaz Paname (Ire) (Markaz {Ire}) he will be well on course.