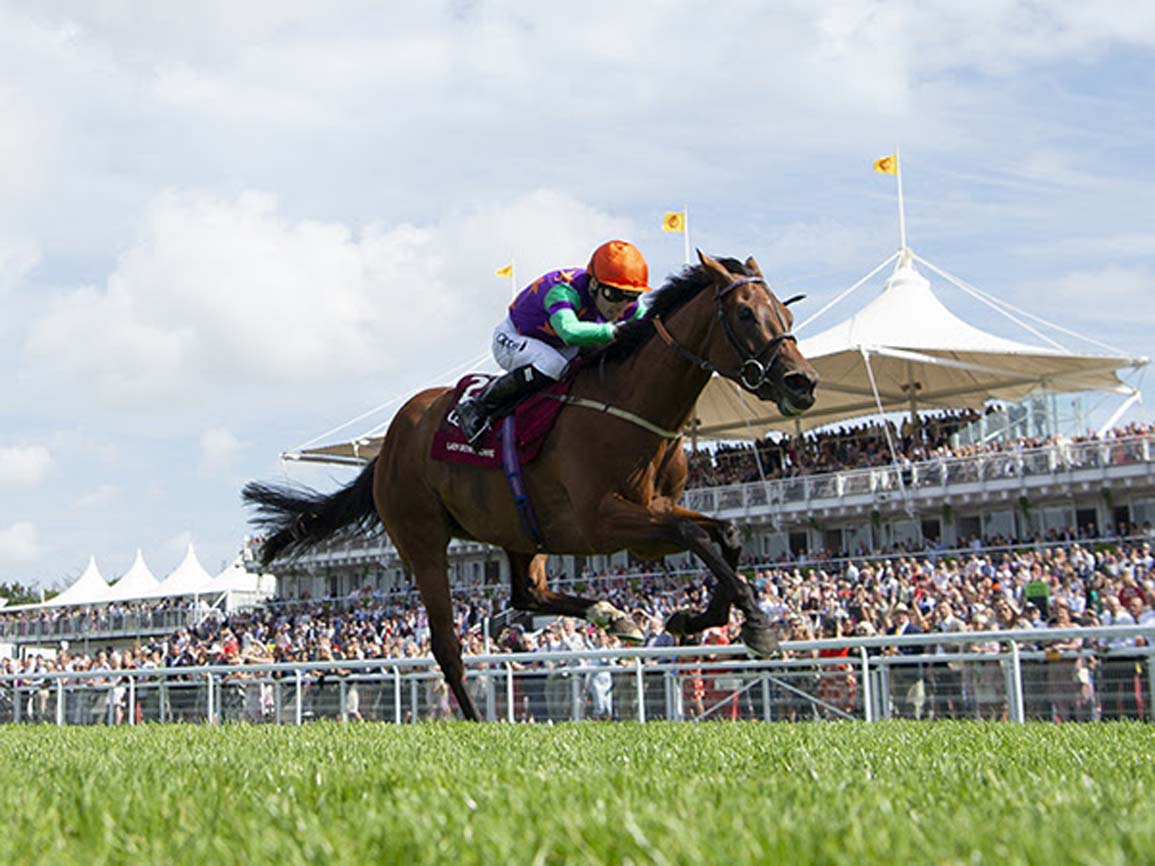 Group 1 winner Lady Bowthorpe (GB) (Nathaniel {Ire}) will likely make her next start in the G1 Kingdom of Bahrain Sun Chariot S. on Oct. 2. Trainer William Jarvis prefers that Newmarket option, with the G1 Prix de l'Opera back in France on Oct. 3 no longer under consideration. Later targets on the calendar include the G1 Queen Elizabeth II S. or G1 Champion S. on Oct. 16 for the 5-year-old mare. In her most recent start, the G1 Nassau S. heroine was seventh of eight in the G1 Prix Jean Romanet at Deauville.

“Obviously, it was very disappointing,” Jarvis said of his star's Romanet performance. “But that's horseracing, it happens. I can't really come up with an excuse for it. It went our way at Goodwood, [but] it didn't in Deauville. We've been in it for a long time, we can understand these things.”

Successful in the G2 Dahlia S. on May 2, Lady Bowthorpe ran a good second to Palace Pier (GB) (Kingman {GB}) in the G1 Al Shaqab Locking S. at Newbury on May 15 and was second again in the G2 Duke Of Cambridge S. at Royal Ascot on June 16. Only fourth in the G1 Falmouth S. behind the Group 1-winning trio of sophomore fillies Snow Lantern (GB) (Frankel {GB}), Mother Earth (Ire) (Zoffany {Ire}) and Alcohol Free (Ire) (No Nay Never), she scored her first top-shelf victory in the July 29 Nassau S.

“We're going to sleep on it,” he added of the Emma Banks-owned mare. “Sometimes, you can't quite put a finger on it. But the filly has come back healthy and sound, so that's the main thing. She won't go back to France, I wouldn't have thought, for the Prix de l'Opera. So we've got the Sun Chariot as a possible target for her.

“We've got those [British Champions Day] races at Ascot. [So], if we're not pleased with her in time for the Sun Chariot we can wait and take up one of those entries.

“The Ascot races both look very competitive, strong fields. So if she was ready for the Sun Chariot I think we'd take up that option.”