Summit for Welfare and Safety of the Racehorse Held at Keeneland 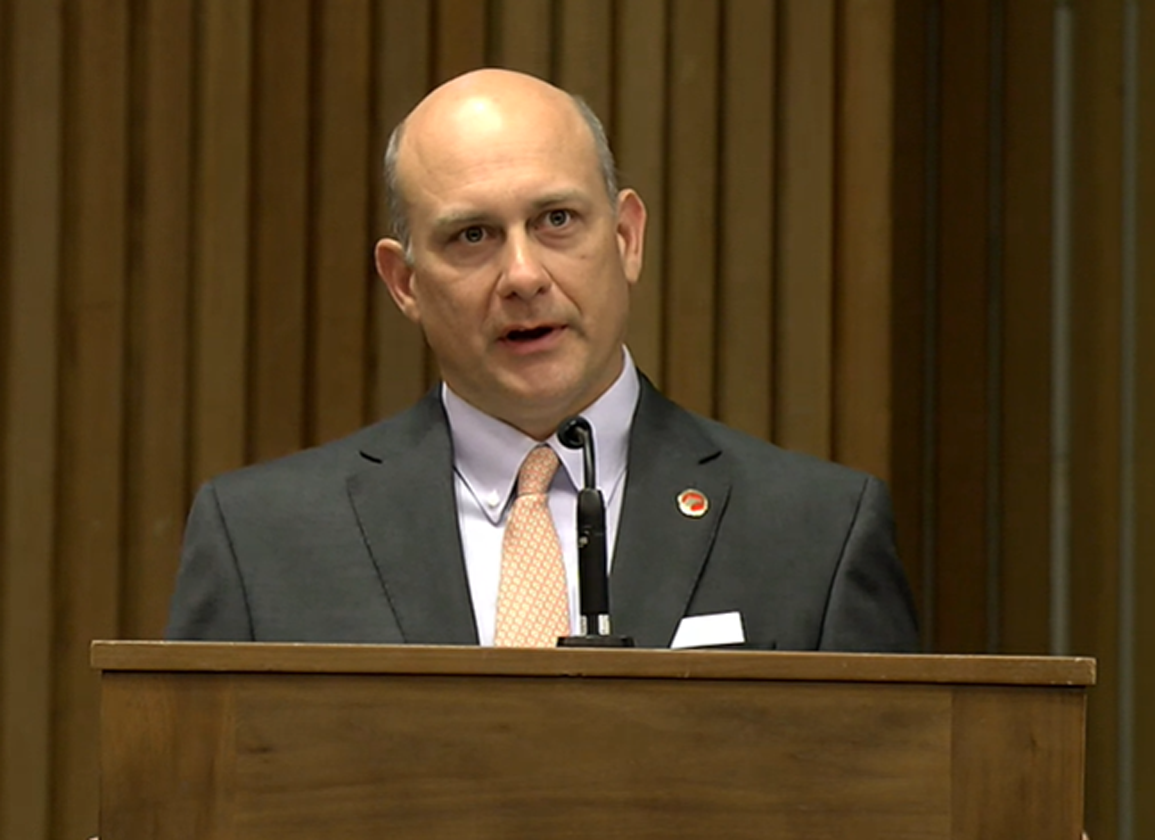 Lexington, KY–The 2022 Welfare and Safety of the Racehorse Summit was held Wednesday, June 22 in the Keeneland sales pavilion. The event was presented by The Jockey Club and the Grayson-Jockey Club Research Foundation.

“This was the tenth edition of the Welfare and Safety of the Racehorse Summit,” said Grayson-Jockey Club Research Foundation's President Jamie Haydon following the event. “It's really astounding to think that we couldn't measure how many horses had died on the racetrack when we started this, and now not only are we presenting risk factors nationally, but we heard veterinarians also giving local risk factors. Since the first summit until now, the safety and welfare of our human and equine athletes is the guiding principal and stays the guiding principle. To see over a 30% decrease in fatality rate tells me that we've come together and we've done a lot of work.”

The full video of the Welfare and Safety of the Racehorse Summit will be available to watch on the Grayson-Jockey Club Research Foundation's website on Thursday, June 23.

Parkin reported that since the database was launched over a decade ago, annual fatality figures on all racing surfaces have reduced by 30.5% from a high of 2.1 per thousand starts in 2009 to less than 1.5 in 2021. In addition, fatality risk has reduced by 35.6% since 2009 for dirt racing specifically.

“It is interesting to see that while we saw a similar, less pronounced training disruption in older-aged horses, we didn't see an impact on their risk of fatal injuries,” Parkin noted.

Along with the conjecture that the disruption in training may help explain the increase in fatal injuries, Parkin said they found that later in the year as racing resumed to a more normal schedule, 2-year-olds workouts suddenly increased–presumably in an attempt to compensate for a lack of training earlier in the year. He noted that this could have been another contributing factor leading toward the spike in fatalities.

Parkin also discussed recent findings on sudden deaths in racehorses. Since 2009, the database has recorded a 30.6% drop in the risk of musculoskeletal fatal injury, but only an 18% drop in risk of sudden death in the same period.

“A decrease in breakdowns suggests that risk factors have been identified and people are starting to develop interventions for musculoskeletal injuries, but those same risk factors haven't had the same impact on sudden death,” he explained.

“Probably the reason why people are talking more about sudden death, apart from potential high-profile cases, is that because of the reduction in the overall contribution of musculoskeletal injuries to the total number of fatal injuries, the proportion of horses that are dying due to sudden death is rising,” Parkin said.

“The reason why this has not been identified before is purely due to statistical power,” he said. “When you have more than 95% of starts being made on Lasix, it is very difficult to identify a difference between those racing on Lasix and the very few that are not. We now have a sufficient number of years of data related to sudden deaths in the database to enable us to draw these conclusions.”

Internationally-recognized equine surgeon Dr. Larry Bramlage of Rood and Riddle Equine Hospital spoke on recent findings relating to the racing and training 2-year-olds. Bramlage is a strong advocate of training horses as juveniles.

“2-year-olds are right at the end of their growth period,” Bramlage explained. “During their growth period, their skeleton is replete with the blood supply and cell population to build bone. It doesn't make any sense to let that totally atrophy until this horse is a 4-year-old, because then you have to build it all back. You want to pick up that support system and convert it from growth to adaptation to training.”

Bramlage evaluated findings examining the most effective methods for building up bone in racehorses. He said that one important aspect of equine physiology is that while bone trains to the level of work, the cardiovascular system trains to the amount of work. He used the example of interval training. While the high-intensity exercise benefits humans, whose limiting factor is the cardiovascular system, he said the same form of training is not as effective for horses.

“Horses can't take that amount of training,” he said. “Their heart and lungs are so good that they just pass the skeleton. The limiting system is always the skeleton in the horse. The best training episode will have a furlong in it that's a little faster than the other furlongs. That shows the horse where they're going to go next week when they breeze.”

Bramlage connected this idea to what may have caused the increased 2-year-olds fatality rate in 2020. During the first half of the year, with few race dates on the horizon, most trainers were only galloping their 2-year-olds. Bramlage said that once racing started up again, trainers may have squeezed breezes together in a tighter time period with a higher intensity.

“What that does is we've now wound up the engine at a much higher level than we've wound up the undercarriage,” he said. “Since the heart, muscle and lungs train to the amount of training, not to the level, if you're just galloping at the same speed, the bone is not making much adaptation. When you ask it to adapt in a short period of time, you compound the problem of the faster breezing schedule with the fact that the heart, lungs and muscle are more mature than the skeleton is. The horses could go faster, but the skeleton wasn't as prepared.”

In a session focused on equine safety and welfare from a California perspective, Dr. Dionne Benson, the Chief Veterinary Officer of 1/ST Racing, and Equine Medical Center surgeon Dr. Ryan Carpenter discussed the many changes California racing has made since the publicized series of breakdowns at Santa Anita in the spring of 2019.

Medication reform, private veterinary exams, additional race day monitoring and risk assessments prior to races and works were among the major implementation that Benson said has bettered their program and improved the safety and welfare of their horses. Since September of 2019 at Santa Anita, 7,400 unique horses have been examined and over 21,000 pre-work exams have been conducted.

“We just finished a six-month meet at Santa Anita and had three fatalities in racing,” Benson said. “I think it's working. It's certainly a team effort. It's not just the veterinarians. It's the trainers, the owners and the private veterinarians. The one thing that impresses me the most is that we really have changed to a culture of safety out there. Very few people will take that one last shot and enter that horse to get one last race whereas at other tracks, we tend to see that more aggressive attitude. I think there is a conscious effort to put the horse first there.”

Scollay asked the three veterinarians a series of prompts centered around how their jobs have evolved since they first started out in the industry.

“One of the unique aspects of my role is that I deal with multiple racing jurisdictions,” Farmer said when asked of the most challenging aspect of his position. “For me to really be in the weeds in each of those jurisdictions, that's why I see the usefulness of HISA to be able to bring some of that together. I have four racing jurisdictions and every one of them is different. As regulatory veterinarians, our biggest challenge is communication.”

Later in the day, KEEP Foundation's Equine Education Coordinator and Amplify Horse Racing President Annise Montplaisir, who served as MC for the summit, moderated a panel on the importance of welfare and safety to youth entering the Thoroughbred industry. Participants discussed why the younger generation places a greater emphasis safety and welfare and shared their thoughts on practical tactics individuals in the industry can use to promote racing to young people.

Also during the summit, a panel was held on the latest updates with equine wearable technology. TDN's Dan Ross recaps the segment here. Other topics throughout the day included jockey wellbeing and fitness, positron emission tomography, an update on racing surfaces testing, and Keeneland and The Thoroughbred Training Center's use of InCompass Solutions.

Biographies of participants, agendas and additional material from the summit can be found here.