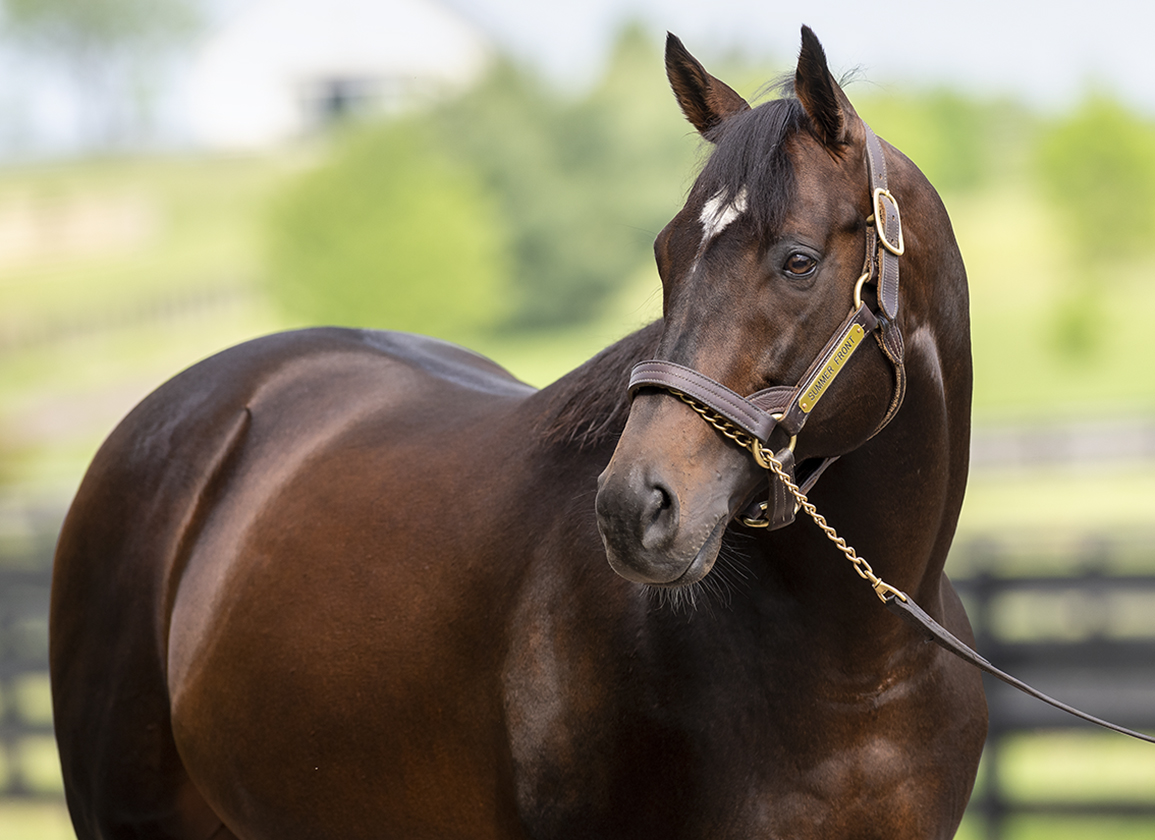 Wow Whata Summer sprung the second biggest upset of the year so far when he crossed the finish line in front for the first time, besting previously undefeated 'TDN Rising Star' Annapolis at odds of 83-1 in the GII Penn Mile S. Uncaptured Spirit (Uncaptured) hustled up to take immediate control with heavily favored Annapolis dueling another foe two lengths back in second and Wow Whata Summer engaged in a three-battle off their heels. Wow Whata Summer moved up inside the chalk as the first quarter went up in :24.08 as the pacesetter continued to enjoy a comfortable lead.

An overeager Wow Whata Summer tugged his way up to pressure the leader, sticking his nose in front as the half went in :49.50 as Annapolis continued to bide his time. Wow Whata Summer kicked clear turning for home as Irad Ortiz began to call upon the favorite. Annapolis bore out a bit in early stretch, giving up some ground, but Ortiz quickly righted the ship and sent his mount after the longshot leader, but Wow Whata Summer kept on finding, holding Annapolis at bay by 1 1/4 lengths.

Placed first via DQ in his unveiling at Colonial in July, Wow Whata Summer checked in third in the Hickory Tree S. there a month later and was fourth in that venue's Kitten's Joy S. four weeks after that. Checking in fourth again in the Laurel Futurity S. Oct. 2, he was a soundly beaten ninth when trying dirt in a Laurel optional claimer Nov. 21. Returning to the grass in a 5 1/2-furlong allowance at Laurel Apr. 23, the dark bay rallied from well back to be third behind the re-opposing Uncaptured Spirit.

Pedigree Notes:
Wow Whata Summer is the fourth graded winner for his young sire Summer Front. His dam Loan Guarantee is a half to SW Strong Incentive (Warrior's Reward), who is the dam of SW & MGSP Highly Motivated (Into Mischief), who captured a Belmont allowance over Memorial Day weekend. Loan Guarantee is also responsible for a 2-year-old filly named Cherished Wish (Mshawish) and a yearling colt named Wow Whata Party (Desert Party).