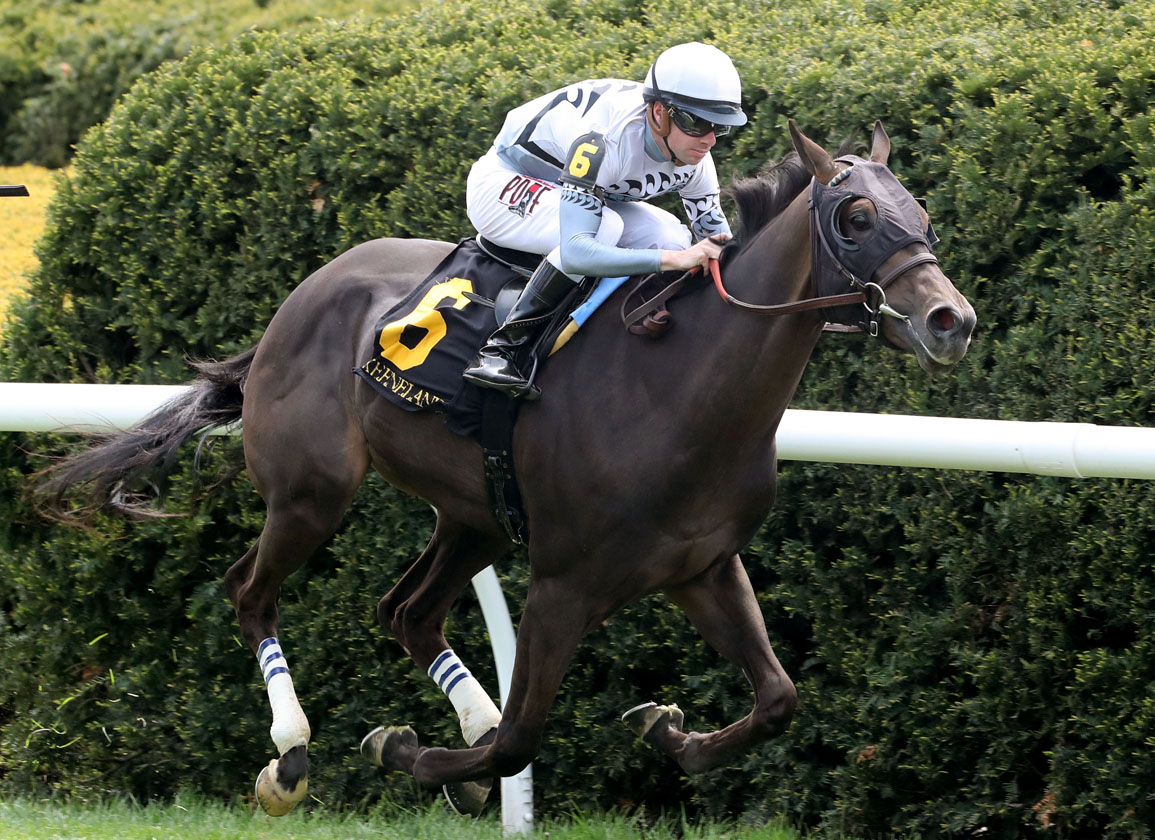 Summer Anthem (Temple City), impressive winner of Friday's fourth race at Keeneland, has been added to the Keeneland April Horses of All Ages Sale, to be held following the conclusion of the closing-day program at 6:30 p.m. The 3-year-old gelding will be consigned by Gainesway, agent, as hip 104.

Trained by Rodolphe Brisset for September Farm LLC and Black Fern LLC, the dark bay gelding was making his first start on turf Friday after just being beaten on the wire in a one-mile maiden allowance over the Turfway synthetic track on debut Feb. 26.

Sent off the 9-5 favorite, Summer Anthem chased in second behind a longshot runaway leader. He enjoyed first run and took over in the stretch and dug in to fend off Pancake House (Maclean's Music) by 3/4 of a length in the smart time of 1:41.61.

An $8,000 purchase at OBS January in 2020, Summer Anthem is a son of Summer of Fun (Include), third in Keeneland's GIII Jessamine S. and in the GI Breeders' Cup Juvenile Fillies Turf in 2012. She became a full black-type winner in Saratoga's Auntie Mame S. the following summer.

“He's a good-looking son of Temple City out of a mare that could really run, stakes winner and graded-stakes placed,” said Gainesway's Sean Tugel. “He showed a lot of talent in his first start and he came out today and validated that. He ran the fastest mile-and-a-sixteenth maiden special weight race of the meet so far. He's got the ability, he's got the talent and there's no better way to prove it than to take him over to the sales ring and take advantage of the sale being here today.”

The idea was hatched while Summer Anthem was being unsaddled.

“It literally came together in about two minutes,” Tugel explained. “We were in the winner's circle and the whole Keeneland sales team was there. We kind of threw it out there and they thought it was a great idea. So we just kind of collaborated. That's one of the ideas behind the sale. We're just going to roll the dice and hopefully people appreciate the offering.”

Added Brisset: “We've always liked the horse and were looking to run him on the grass after that very good effort first out. He should have won that day but became extremely green when he took the lead. He was way more mature today and 1:41 3/5 is an extremely solid time. (Ragozin) numbers should come back in his favor.”

Summer Anthem is available for inspection at Barn 18. His post-race veterinary evaluation will be available in Keeneland's Repository.

Click here for more information about the April Sale.