Stronach Group Warns About Buzzer Use in Training and Racing 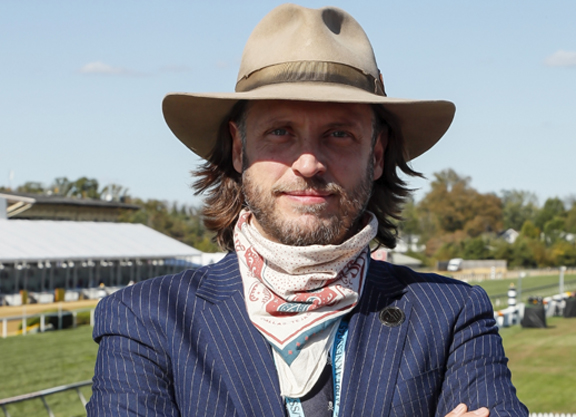 September was a busy month for buzzers.

On Sept. 15, the Monmouth Park board of stewards suspended jockey Tomas Mejia for 10 years and fined him $5,000 for possessing an electrical device–commonly referred to as a “buzzer”–during a race run there Sept. 3.

That same day at Indiana Grand, leading Quarter Horse jockey, Sammy Mendez, was “summarily suspended for actions not in the best interest of racing,” and is awaiting a full hearing before the track's board of stewards. According to the Paulick Report, the suspension is connected to use of an illegal electrical device.

Citing these two cases, The Stronach Group–under its 1/ST moniker–circulated at the end of September a memo among the company's racing offices and veterinarians warning that such devices are “illegal and will not be tolerated” in racing, training or on site at any TSG facility.

“Any exercise rider, jockey or horsemen who is found to be using any type of electrical device on a horse will receive a ban from all 1/ST Racing and Training facilities and be escorted off the premises immediately,” wrote Aidan Butler, the company's chief operating officer.

The memo was subsequently circulated among California horsemen.

“I am asking each of you and your track employees (e.g., outriders, etc.) to be vigilant during training and racing in watching for these devices. If anyone observes horses that are acting unusually such as tail flagging among other behaviors, please follow up with the exercise rider/jockey immediately,” wrote Butler, in the memo. “Enough is enough.”

The California Horse Racing Board (CHRB) already prohibits use of electrical devices like buzzers–used to shock horses into going faster–during “recognized” meetings within the state.

Part of the rule for “possession of contraband” states: “No person shall have in his possession on the premises during any recognized meeting any electrical stimulating or shocking device commonly known as a battery, or any mechanical stimulating device, or any other appliance, which might affect the speed or actions of a horse.”

According to CHRB spokesperson Mike Marten, in roughly 40 years no jockey in California has been found guilty of actually using an electronic device in a race. Rather, relevant cases have related to possession–or suspected possession–of such a device.

On Wednesday, the TDN asked the CHRB for any recent rulings against license holders believed to have contravened that rule.

“To the best of our knowledge,” the following is accurate, said Marten, who explained that it isn't a comprehensive overview of such cases due to the time given to compile the list and the accuracy of agency records.

The agency's database shows that jockey Carlos Bautista was suspended for one year–between July of 2007 and July of 2008–having been suspected of possessing an electronic device at Fairplex Park in September of 2006.

Pony person Jose Barajas was summarily suspended having failed to appear before the board of stewards at Golden Gate Fields in November of 2012, having been suspected of possessing electronic “contraband.”

In 2018, jockey/valet Pablo Fernandez-Macias was summarily suspended–and his case referred to the CHRB–having failed to appear before the board of stewards at the Los Angeles County Fair Meet at Los Alamitos, again for alleged “possession of contraband.”

On or around Mar. 1 of last year, jockey Cesar Franco was summarily suspended after a buzzer was found in his car at Los Alamitos.