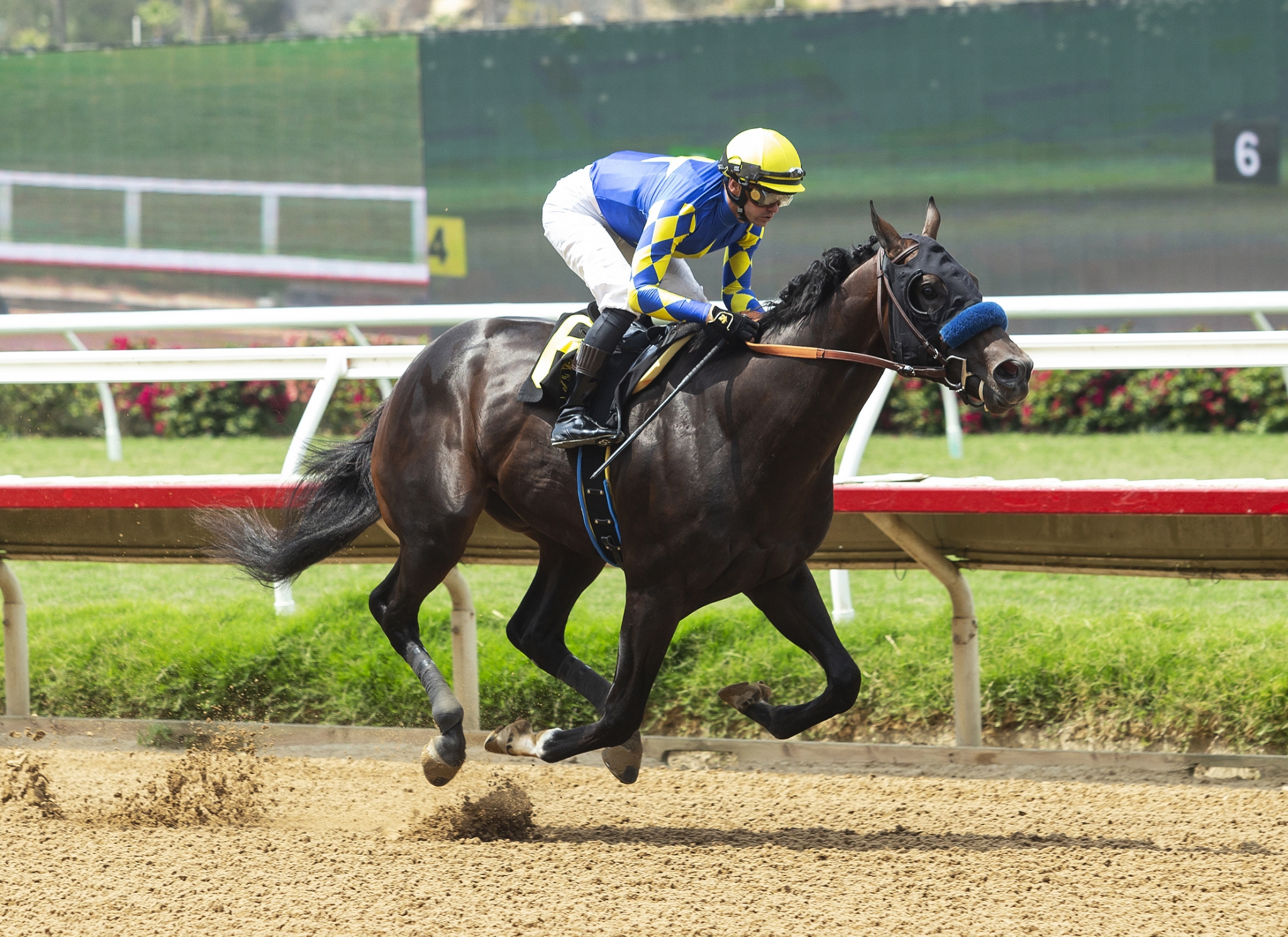 Murray (Street Sense), the most fancied of a trio of Bob Baffert-trained juveniles owned by the stallion-making conglomerate most easily referred to as “The Avengers” and seeking their diplomas in Del Mar's second race Sunday, blew past the buzzed-about even-money Peter Miller newcomer Drink the Wind (More Than Ready) en route to 'TDN Rising Star'-dom.

The $300,000 Keeneland September yearling broke on top at 5-2 but Drink the Wind was ridden along to seize a clear lead. Murray was content to sit second under Flavien Prat and began to ratchet up the pressure after a :21.54 opening quarter. Drink the Wind backed out of it abruptly heading for home, and Murray was soon several lengths in front. He poured it on from there under minimal encouragement, dusting his competition by 10 3/4 lengths and stopping the clock in 1:04.37. Second timer Clampett (Flatter) came on for second. Murray's stablemates Carbonite (Union Rags) and Barossa (Into Mischief) rounded out the trifecta and super, respectively, while the favorite crossed the line last.

Murray is the14th 'Rising Star' by Street Sense, who himself garnered that honor. Baffert has trained other members of that esteemed 14 like MGISW McKinzie and this year's GII San Vicente S. and GII Rebel S. winner Concert Tour.