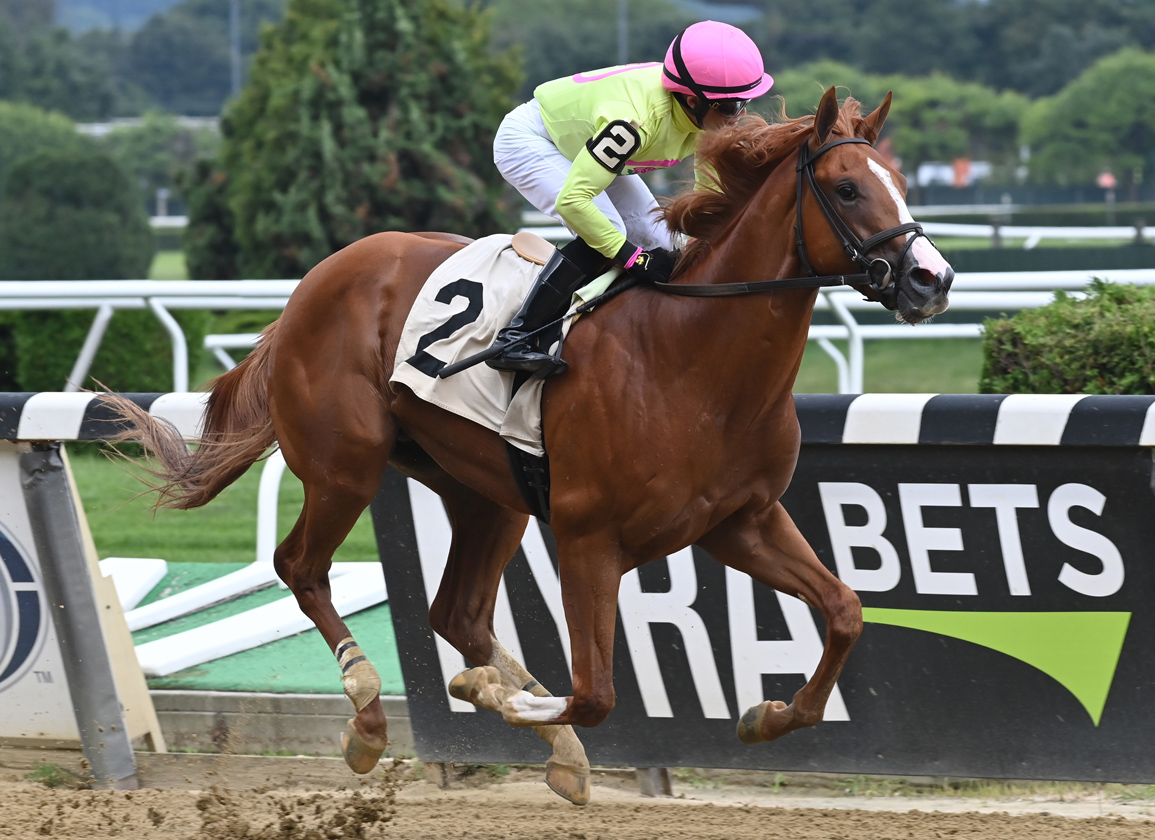 1st-Belmont, $87,300, Msw, 7-10, 2yo, 6f (off turf), 1:10.70, gd, 2 1/4 lengths.
DOCTOR JEFF (c, 2, Street Boss–Wild Bea {SP}, by Wild Rush), entered for main track only, took over favoritism from chief market rival Fort Ticonderoga (War Front) in the final minutes and made 13-10 look like a gift in the Saturday opener from Belmont. Drawn just outside Fort Ticonderoga in gate two, Doctor Jeff was hustled away from stalls by Joel Rosario and cut out the opening couple of furlongs in :22.61 while under light urging. Ridden hands and heels into the lane, he immediately opened an insurmountable advantage at the eighth pole and was wrapped up fully 150 yards from the wire, scoring by a relatively meaningless 2 1/4-length margin. Beaten for speed, Fort Ticonderoga saved ground, but to no avail, and finished six lengths clear of third-placed Flip the Script (Temple City). The $90,000 Keeneland September yearling is a half-brother to Queen of Beas (Flatter), GSP, $180,850; and to Flattering Bea (Flatter), MSW, $441,082. His yearling half-sister by Flatter sells at this year's September sale with Woodford Thoroughbreds. Sales history: $90,000 Ylg '20 KEESEP. Lifetime Record: 1-1-0-0, $49,500. Click for the Equibase.com chart or VIDEO, sponsored by TVG.
O-Michael Dubb & Michael J Caruso; B-James Arrison (KY); T-Rudy R Rodriguez.