Stradivarius Supreme In The Doncaster Cup 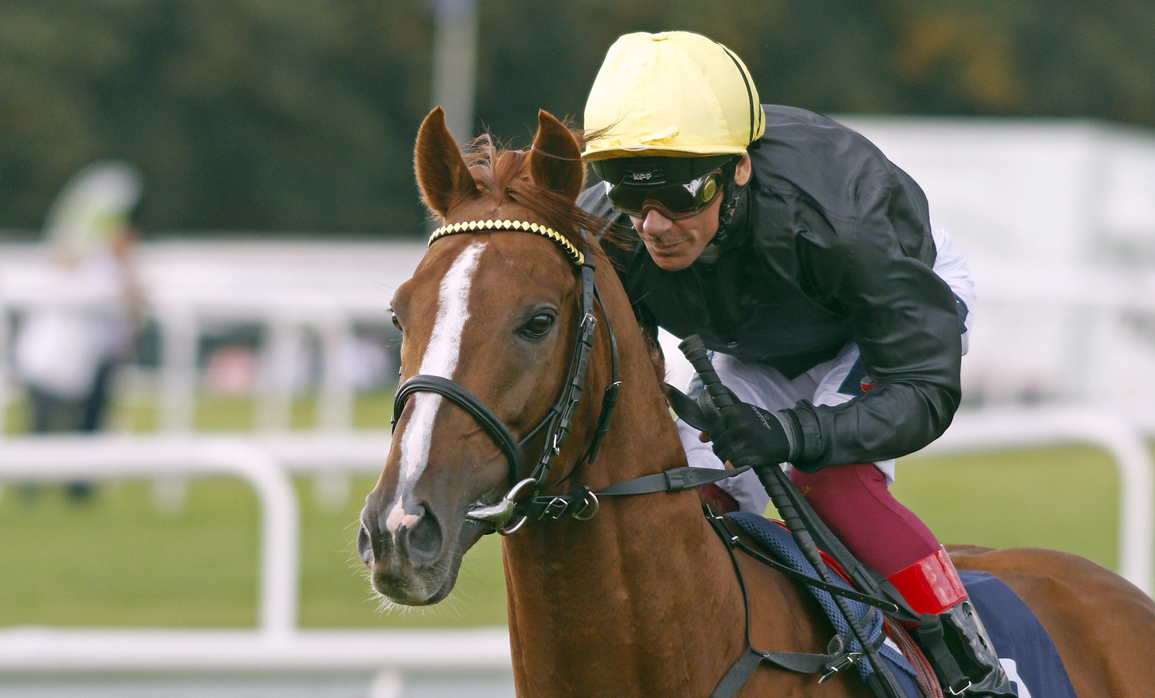 Stradivarius is an easy winner of the Doncaster Cup | racingfotos.com

With his stayers' division dominance seemingly on the wane this term, Bjorn Nielsen's talisman Stradivarius (Ire) (Sea The Stars {Ire}) assuaged any doubts that the old lustre had been lost by outclassing a reduced field in Thursday's G2 Doncaster Cup. Shorn of G1 Goodwood Cup hero Trueshan (Fr) (Planteur {Ire}) in the build up, the 18-furlong marathon was led by The Grand Visir (GB) (Frankel {GB}) as Frankie Dettori anchored Stradivarius five lengths off the tempo passing the judge first time. That margin had nearly doubled by halfway, but it was as far adrift as 7-year-old veteran became during the race. Bounding forward on the bridle in the straight, the 4-11 favourite was in full control inside the final quarter mile and extended clear in the closing stages to secure a second edition of the contest by 2 1/2 lengths from the outclassed Alerta Roja (GB) (Golden Horn {GB}). Old foe Nayef Road (Ire) (Galileo {Ire}) finished a further four lengths back in third.

“He's a phenomenon,” stated John Gosden. “He's a wonderful horse and has been great at home. He's enjoyed all his training, he loves his racing and likes coming racing. I had no qualms about coming here and I couldn't have been more thrilled with him. He senses a horse coming to him and plays cat and mouse with them now. I'm sorry the other horse [Trueshan] didn't, run but maybe we'll meet one day. He's had a great season and won three out of four, but Frankie's ride in the [G1] Gold Cup [at Royal Ascot] wasn't his greatest. That said, the winner was mighty impressive. The sad thing for me in the year is that we couldn't run at Goodwood, because he adores Goodwood. His enthusiasm is there 100 per cent and I can assure everyone who loves him, the moment it's not there he will be retired. Until that day comes, which he will tell us, he will race. He lives a bit on the edge and lets us know what he wants. I've always adored stayers and to train him is a dream come true.”

Looking ahead to targets later in the season, Gosden added, “There are two races in the autumn, the [G1 Prix du Cadran] and [G2 British Champions Long Distance Cup at] Ascot, but Ascot last year was heavy and he hated it. Those are the options and it will be one not both. He'll go on summer soft, but not when it goes autumn deep as he cannot take it. It was a mistake to run him in it last year and in the Arc.”

Regular partner Frankie Dettori, whose first of five winners in the 255-year-old contest was provided by the enigmatic Arcadian Heights (GB) (Shirley Heights {GB}) in 1994, commented, “That was great and it's probably the easiest race he's had since last year when he was here. He still loves his racing and made it look easy again.”