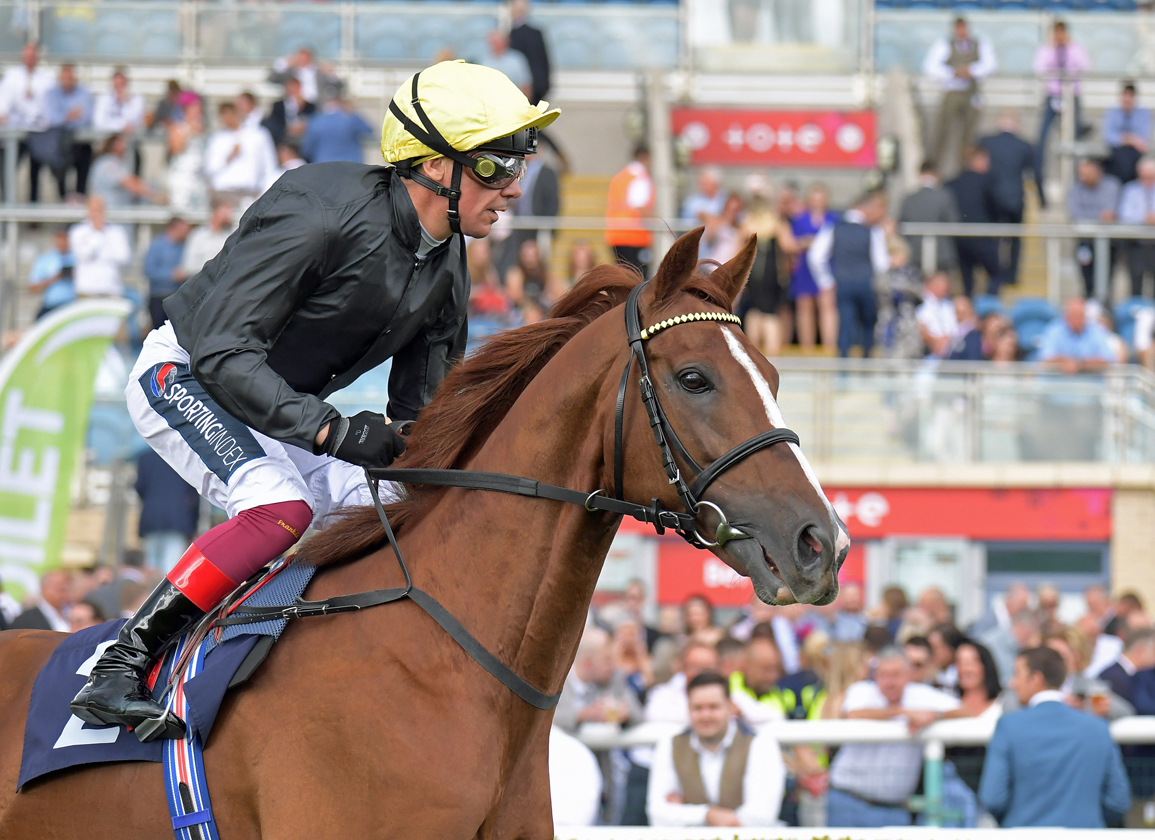 There will be time to reflect on the career of Stradivarius (Ire) (Sea the Stars {Ire}) at a later date, but for now his is a story still unfolding with perhaps the best yet to come. Whatever happens in Friday's G2 Paddy Power Yorkshire Cup, the horse that took to acquiring millions with the same aplomb as his hedge fund trader and investor owner-breeder Bjorn Nielsen is heading to his own personal crescendo. Odds-on for the race he garnered in 2018 and 2019, the Gosdens' beloved chestnut may be attracting a fair amount of sentimental support given that he meets the dual G1 Irish St Leger heroine Search For a Song (Ire) (Galileo {Ire}).

“He's getting a little bit clever in his old age, but when push comes to shove he's always there for me,” Frankie said. “He's won all of his five races at York, more than at any other track, and I'm sure the Yorkshire crowd will give him an amazing final farewell. He's loved by everyone and has done so much for racing, where do you even start with a horse like him? He's a one-off.”

While Stradivarius does his stuff at York, Ballydoyle's Kyprios (Ire) (Galileo {Ire}) warms up for his G1 Gold Cup encounter with the legend in the much easier task of the G3 Saval Beg Levmoss S. at Leopardstown. There will be time for comparitive analysis afterwards, as Moyglare Stud, Susan Magnier and Michael Tabor's up-and-comer put Search For a Song to the sword in Navan's Listed Vintage Crop S. last time Apr. 23.

Aidan O'Brien said of the stable's leading hope for the Royal Ascot feature, “He's a brave horse. We have always thought he'd be nice and while he is four, he still has very low mileage, having only run five times.”

Back at York, Amo Racing Limited's impressive Newmarket maiden winner Miami Girl (Ire) (Cotai Glory {GB}) bids to follow up in the Listed Knights Solicitors British EBF Marygate Fillies' S. with the G2 Queen Mary S. on the near horizon. Labelled a 'TDN Rising Star' after that May 1 romp, the Richard Hannon trainee faces a dozen other winners in a contest sure to sort out the early wheat from the chaff. Amo have begun this season with a vengeance and had another TDN Rising Star at the track on Thursday.

“She surprised me a little in the manner in which she won and this is the next logical step for her,” Hannon said. “It was this or the National S. and we just thought we'd be best off sticking to fillies' only, but it's a good race, unusually so.”

“He's up against two good fillies who are match-fit as well as Real World, but he was a revelation last year,” he said. “He's an absolute pleasure to ride. He's got manners and he's just a lovely horse.”